The Biggest News of Yesterday’s Nintendo Direct Was … Mario’s Nipples? 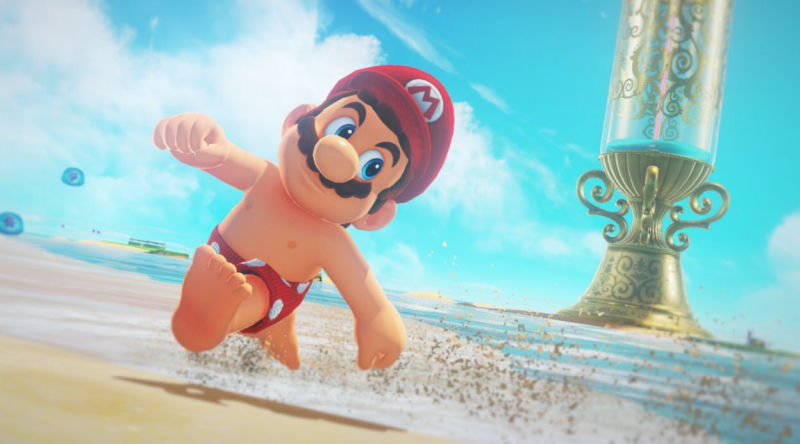 Yesterday, in a Nintendo Direct presentation, the world saw more Mario than it ever bargained for—and I don’t just mean yet another demo of Super Mario Odyssey when fans were really pulling for a more unexpected surprise. I’m talking, of course, about the debut of a shirtless Mario.

It wasn’t the only news to come from the Direct presentation, though. The Switch version of Skyrim also got a release date (November 17), as well as news that both Doom and Wolfenstein II are on the way to Nintendo’s console/handheld hybrid, with Doom arriving before the holidays. Kirby is also getting a new 3DS game, but all of that seemed dwarfed in the majestic shadow of Mario’s new look.

You: Video games won’t sell unless they’re filled with half naked women

ok nintendo we get it pic.twitter.com/y760itirOv

Though many were left to wonder what’s with Mario’s proud support of the mustache, but his commitment to a hairless torso? It also adds an extra layer to the question “is Mario human?” that was raised when the hero was placed alongside the humans of Odyssey’s New Donk City. It seems that, within Nintendo, the party line is that he is human, though not everyone is convinced. Now, we know that whether or not he’s human, he is indeed a mammal.