There’s a New Most Frustrating Thing About Pokémon GO, or a Brand New Urban Legend

My uncle, who works at Nintendo ... 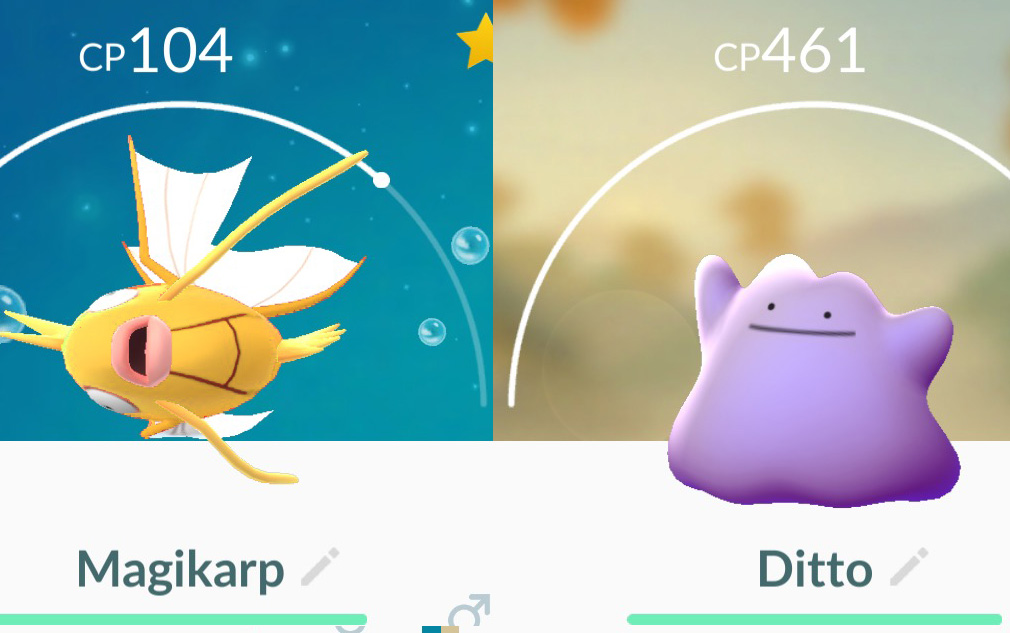 Pokémon GO players may have noticed that the app is in the middle of yet another promotion, including some brand new additions to the game. Not only are water Pokémon more likely to appear right now, but there’s a guaranteed way to snag evolution items at Pokéstops, and two “shiny Pokémon” have been added to the game—sometimes with a frustrating twist.

“Shiny” Pokémon are rare variants in color scheme for existing Pokémon geared towards hardcore collectors, since they don’t offer any practical advantage over their normal versions. They just look kind of special. The two that have been added to Pokémon GO are a gold Magikarp and red Gyarados (like the one from Gold/Silver‘s Lake of Rage). Eagle-eyed players may have noticed that the regular versions of these Pokémon had their colors tweaked, and it seems that the addition of the shiny versions is the reason.

Unfortunately for some incredibly unlucky players, not only are these Pokémon rare, but they haven’t been exempted from the effects of another previously-sought-after monster: Ditto. Some wild Pokémon transform into Ditto after being caught, but there’s no way to know which ones before catching them, which pruportedly leads to some frustrating results when thinking you’ve finally caught the shiny Magikarp of your dreams:

Of course, direct evidence of this happening would be tough to come by, since it’d be unexpected, and screenshot evidence so far is hardly conclusive. Plenty of people out there are simply complaining about regular Magikarp turning into Ditto, which you’d expect, and others have joked about the possibility of a shiny turning out to be a Ditto. Still, more players claim to have suffered the same fate (on Reddit, too), but it’s hard to know for sure:

I acquired over 500 magikarp candy in one day, finally found a shiny one, and it turned into ditto

It’s not impossible, though, and there’s a potential upside for anyone who really did fall victim to this incredibly unlikely circumstance; perhaps the Ditto that transforms from a shiny Magikarp will also get its alternate colors when the rest of them are added to the game. If not, then Ditto may have finally exacted its sweet revenge for being generally regarded as a sub-par Pokémon, and you may finally have found the most frustrating part of being a Pokémon GO player.

(via Kotaku, image via Niantic)