The Mary Sue Interview: SHIELD’s Ming-Na Wen On Female Superheroes And A Role In The New Star Wars Films

May the force (possibly) be with Melinda May! 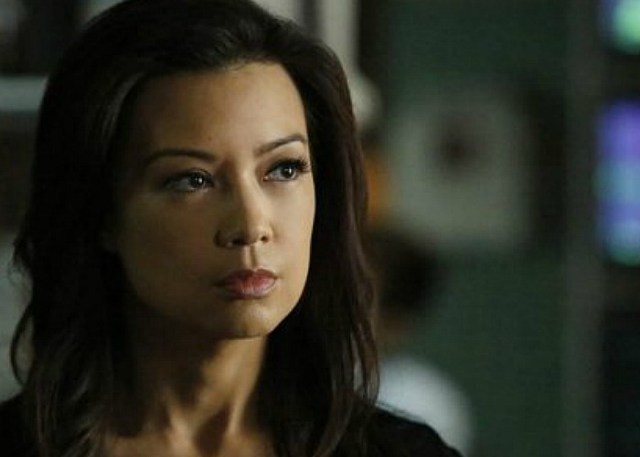 If you didn’t already think Melinda May was one of the coolest women in history, get ready to have your mind changed forever and for always. Ming-Na Wen, the actress who plays the Agents of SHIELD badass, tells us she’s looking to lightspeed ahead into another geek-approved galaxy.

At the Television Critics Association Winter Press Tour, The Mary Sue asked Wen to reveal what’s on her professional bucket list and her answer was out of this world.

“I’d love to go to Machu Picchu. I’d love to really, truly overcome my fear of flights and maybe hang-glide. And the thing that’s recently on my bucket list is being in a Star Wars film!” the actress revealed with a grin.

Now, Wen wouldn’t go into detail about her what/who she’d like to play in the Star Wars universe, but Agents of SHIELD is on the Disney-owned TV network ABC. In other words, she’s already got some connections that could easily lead to her talking to Lucasfilm about parts in the upcoming Star Wars sequels and spinoffs. Plus, Disney seems to be looking for more female characters to populate the Wars world right now (see: Lupita Nyong’o, Gwendoline Christie and Daisy Ridley joining The Force Awakens, Felicity Jones in Gareth Edwards’ spinoff).

At this point, though, we’ll just have to accept the fact that Wen’s main focus is the second half of the second season of SHIELD, which starts up tonight on ABC.  And hey, by just being on that series, she is still making some major progress for geek girls everywhere. After all, the actress says SHIELD and its trio of strong female leads resulted in us getting Agent Carter and the upcoming Captain Marvel film.

“It’s fantastic! I kinda like to think that Agents of SHIELD – I know that there’s been other superhero stuff before, but I think that in Marvel’s world, we were the instigator, we were the first,” Wen says. “I just hope the Marvel Universe keeps expanding and becoming successful.”

And we hope the same thing – and also that J.J. Abrams is a big Melinda May fan.

Agents of SHIELD returns to ABC tonight at 9pm.

Emily Gagne (@emilygagne) is one of the founding members of Cinefilles, a site for wannabe female film and TV critics, as well as an admitted heroine addict. She may not have super strength, or be able to make a stake on command, but she can slay you with her rhetorical devices, endless knowledge of Final Girls and passion for geek girl scoop.