Of course it's in a coloring book. Of course. 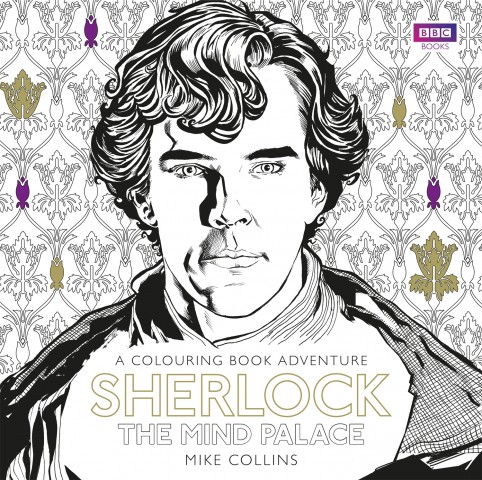 One eagle-eyed Tumblr user caught a very interesting detail about BBC’s Sherlock within a promotional coloring book that blows the doors wide open on a fan theory regarding a certain character on the show. Be warned: (possible) spoilers for Sherlock follow.

Still with us? Good.

So as we all know, in a twist during the last season, Watson’s wife, Mary, turned out to be a highly skilled assassin and sharpshooter. Many fans have long suspected that Mary Morstan might actually be villain Sebastian Moran, accomplice and ally to Moriarty. Besides the similar names, fans didn’t have a whole lot to go on… at least until this coloring book came out.

For context: this coloring book features a bunch of “clues” that need to be found in each of the settings that feature scenes from the show. The items range from Watson’s gun to Sherlock’s deerstalker hat. One of the clues is Mary Watson’s wedding ring, and it’s hidden in a scene that fans have long since suspected links Moriarty with Moran: the swimming pool.

Fans will remember that early on, Sherlock was facing off with Moriarty in the swimming pool. Moriarty claimed he had some highly trained marksmen standing by–enter (who was believed to be) Sebastian Moran. While they never actually showed their faces, fans have long held on to this scene as one of the few links proving Moran’s existence.

Mary’s ring can be found in the pool scene. Sure, okay, fine. It’s totally grasping at straws. If anything, it’s a pure coincidence. But the folks behind Sherlock would totally be this cheeky, wouldn’t they? Think about it: placing a hint like this in a coloring book of all things… ah, maybe we’re reading way too much into it.

Where’s Sherlock when you need him?