Sunday is International Women’s Day. Yes, the same day as Daylight Savings Time, meaning it will have only 23 hours—rendering it one of the shortest days of the year. As our Princess Weekes brilliantly phrased it, “the Black History Month of days.” But fear not, ladies. Giant corporations are stepping up to make token gestures of solidarity to tell us that we as women really matter. You know, for a day at least.

A single female-owned Shell gas station in San Dimas California will become “She’ll” for a day on Sunday, as part of a wider “She Will” initiative from the company which will include social media elements and a video “featuring some of Shell’s female employees and the company’s dedication to creating a gender-balanced workplace.” 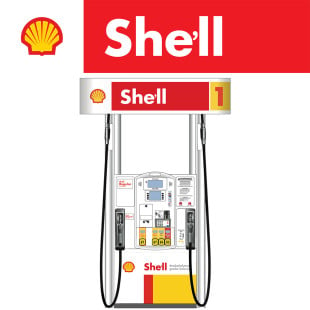 This is a nice gesture, I guess, as far as oil companies can make nice gestures. As noted in the release: “While She Will is Shell’s latest initiative, over the past several years Shell has been committed to improving gender equality by increasing female representation on the Board of Directors from 8% to 33% over the last five years.” Overall there aren’t a lot of women, just 15% actually in the oil and gas industry, despite the fact that the featured “She’ll” station owned by Rene and Reem Anabi is one of the most successful in California.

The rebrand is supposed to show how “small gestures can motivate and deliver big messages,” but gestures do need to be part of bigger changes. That actually does seem to be the case here—though I’m sure the silly name will get more attention than the overall initiative, which is unfortunate, because the initiative is commendable.

I’m just sad San Dimas is inland so we can’t see Shell sell “She’ll” Shell down by the seashore.

Here are a few of the other things we saw today.

It’s the weekend! What did you see today?