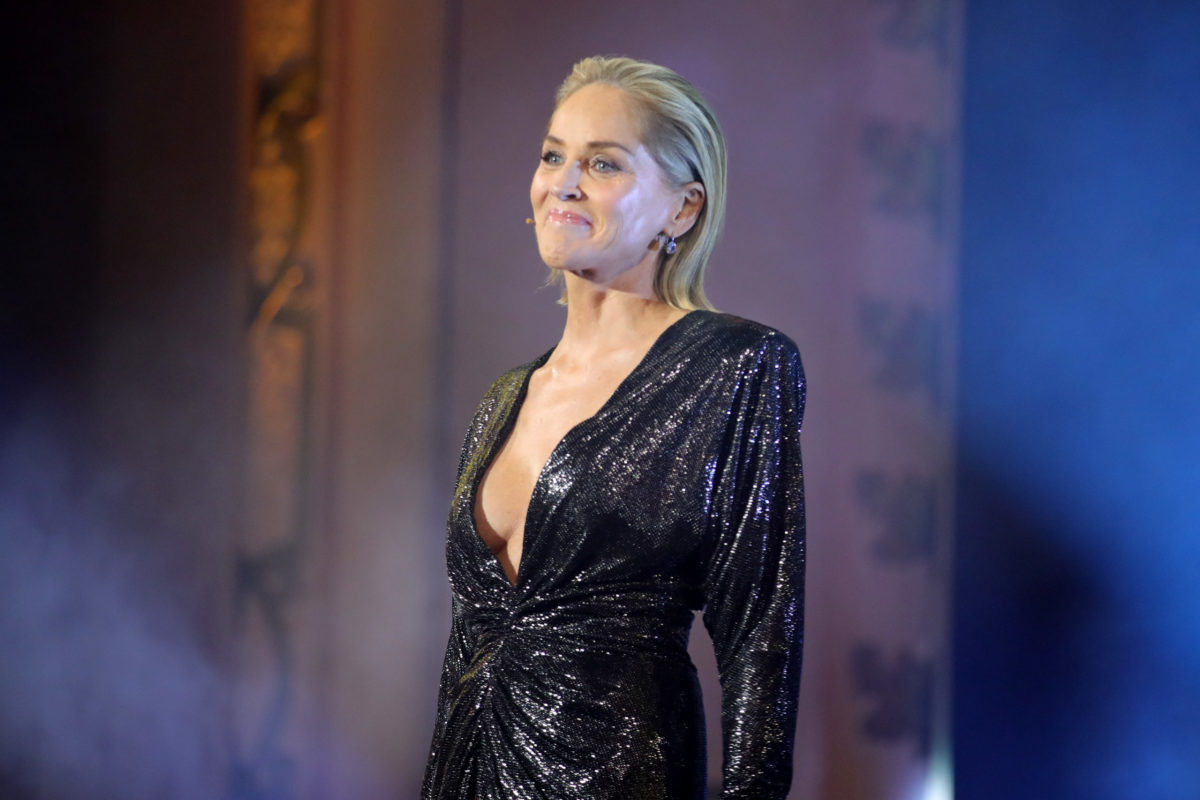 Sharon Stone has had a long career playing blonde bombshells, but that came with a lot of uncomfortable moments on set, which she has been outspoken about since the #MeToo movement took national attention. During an interview with Attitude Magazine, she discussed intimacy coordinators and one of her early moments of discomfort.

In 1984, Stone starred in the dramedy Irreconcilable Differences* starring Ryan O’Neal, Shelley Long, and Drew Barrymore. Sharon Stone was an unknown at the time and played an aspiring actor discovered at a hot dog stand. During the filming of the movie, she had a topless scene and, due to a lack of intimacy coordinators, she had no protection on set from the voyeurism of everyone there.

“They didn’t have [intimacy coordinators] in my day,” Stone said. “When I did my first movie, which was ‘Irreconcilable Differences,’ I had a topless scene. And they didn’t even clear the set. Everybody’s on set, like a million people on the set. And I take off my top and this actor screams, ‘Would you get out of the f***ing way? I can’t even see her t**s.’”

Stone continued: “I [was] so terrified. You know when you can hear your heartbeat in your ears? That’s all I could hear. And I hear him scream, ‘Get out of the way. I can’t see her f***ing t**s.’ I’m just like, talk about no intimacy.”

The pressure to appear topless or nude in films is something a lot of actresses, especially young and unknown ones, feel. Emilia Clarke and many others have spoken about learning to speak up for themselves, pushing back against the nudity once they felt the power to do so.

I can imagine that for an actress like Stone, who was sexualized so early in her career, this quickly became the standard of discomfort she became socialized to expect. Follow this with a film like Basic Instinct, which was marketed around her flashing the audience her vagina, and you have a legacy of playing powerful women, but also being expected to be sexy onscreen regardless of whether it’s necessary.

Thankfully, there are intimacy coordinators now—especially for shows that do heavily feature sex, like Euphoria—that allow actors to feel comfortable in how they show their body. Sex can be a part of storytelling when necessary, but it is important to make sure everyone feels safe, supported, and protected in that environment. No one should feel like a piece of meat at their job.

*For any fans of the Hollywood podcast You Must Remember This, this film was inspired by the divorce between director Peter Bogdanovich and his first wife, Polly Platt, after he left her for actress Cybill Shepherd. Polly Platt is the subject of her current series of episodes.