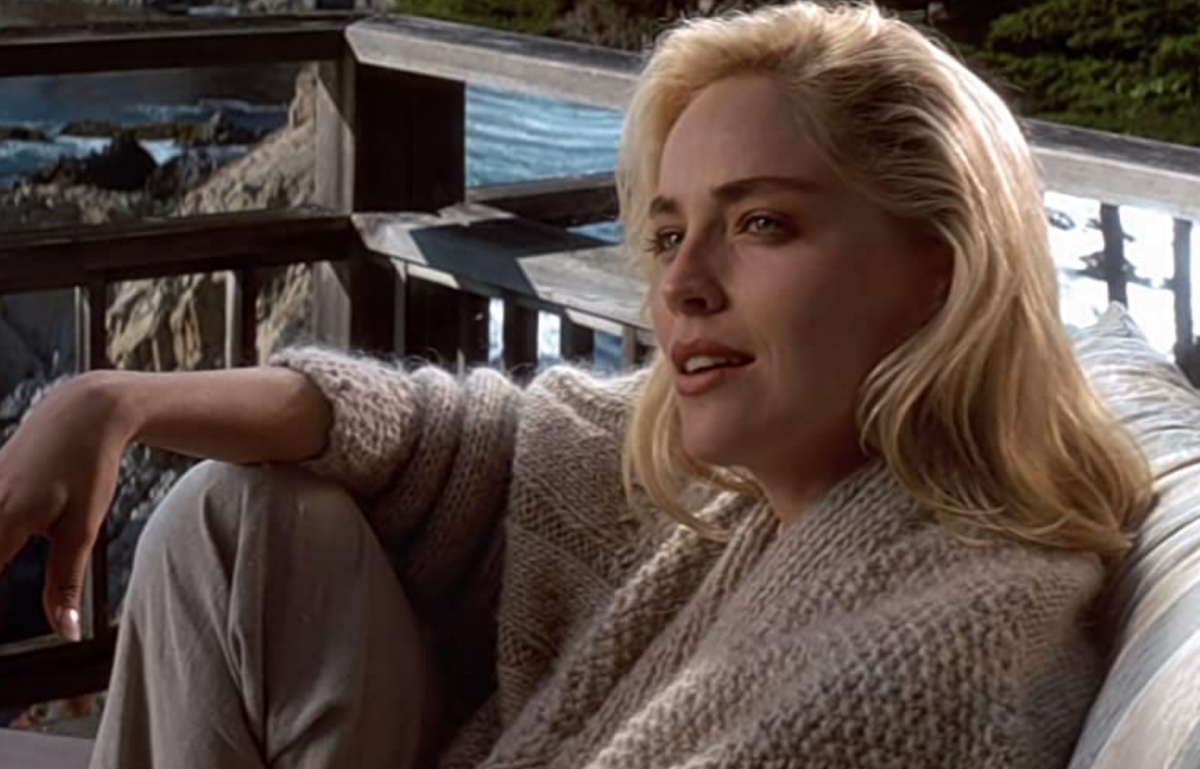 ActressSharon Stone has become more and more outspoken about the bullshit she experienced from Hollywood, and in an excerpt of her upcoming memoir shared by Vanity Fair, she explained the predatory way that infamous scene from Basic Instinct came to be.

Most infamously in this film is a shot of Stone’s bare vagina as she uncrosses and then recrosses her legs in a white dress. I had seen it imitated on WWE skits before I’d ever seen the film itself. Stone recounts seeing the scene for the first time, in a room full of agents and lawyers, after being told that they couldn’t see anything:

That was how I saw my vagina-shot for the first time, long after I’d been told, “We can’t see anything—I just need you to remove your panties, as the white is reflecting the light, so we know you have panties on.” Yes, there have been many points of view on this topic, but since I’m the one with the vagina in question, let me say: The other points of view are bullshit.

Stone is referring to the director, Paul Verhoeven, who said back in 2017 that Sharon was lying about not giving permission. “Any actress knows what she’s going to see if you ask her to take off her underwear and point there with the camera,” he said.

Following seeing the scene, Stone recounts her conflicting though process:

Now, here is the issue. It didn’t matter anymore. It was me and my parts up there. I had decisions to make. I went to the projection booth, slapped Paul across the face, left, went to my car, and called my lawyer, Marty Singer. Marty told me that they could not release this film as it was. That I could get an injunction. First, at that time, this would give the film an X rating. Remember, this was 1992, not now, when we see erect penises on Netflix. And, Marty said, per the Screen Actors Guild, my union, it wasn’t legal to shoot up my dress in this fashion. Whew, I thought.

Well, that was my first thought. Then I thought some more. What if I were the director? What if I had gotten that shot? What if I had gotten it on purpose? Or by accident? What if it just existed? That was a lot to think about. I knew what film I was doing. For heaven’s sake, I fought for that part, and all that time, only this director had stood up for me. I had to find some way to become objective.

It is horrible that an actress has to be “objective” about her vagina being onscreen without her consent, because she feels like if she isn’t, that means she’s letting people down. Yes, Stone fought for that role and the director wanted to cast her, but that should entitle her to more respect, not less. Plus, the scene genuinely does not add anything to the movie besides being sexy.