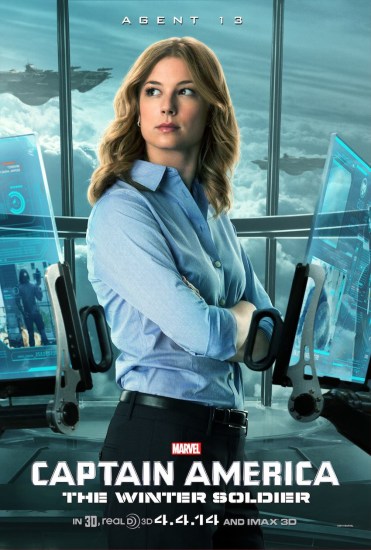 Emily VanCamp looks no nonsense in her very own poster for Captain America: The Winter Soldier as Sharon Carter, descendant of Peggy Carter, SHIELD operative and love interest for Steve Rogers.