Spoilers for Captain America: Civil War follow; no, seriously, don’t continue on any further if you haven’t seen this movie yet.

For fans who have read the Civil War comic arc, the film took a somewhat different approach to the circumstances that wound up pitting Captain America against Tony Stark. In the comic, it’s the implementation of the Superhero Registration Act that divides the Avengers into assenting and opposing sides; the film, however, introduces something called the Sokovia Accords (a callback to the events of Age of Ultron) as a means of keeping any superpowered beings in check with the United Nations having the final say over allowing Avengers to intervene in evil situations.

During an early Civil War scene, Sharon Carter (Emily VanCamp) offers some appropriately-timed words of wisdom for Steve Rogers (Chris Evans). While the film’s version of the quote is attributed to Sharon’s aunt Peggy Carter, fans of the comic source material may have realized that she was essentially quoting Captain America’s words to, well, Captain America. In the comic book, Cap gives nearly the same exact speech to Spider-Man when he’s wrestling with the idea of whether or not to vote for or against the Superhero Registration Act (hat tip to a Reddit user who shared this screencap): 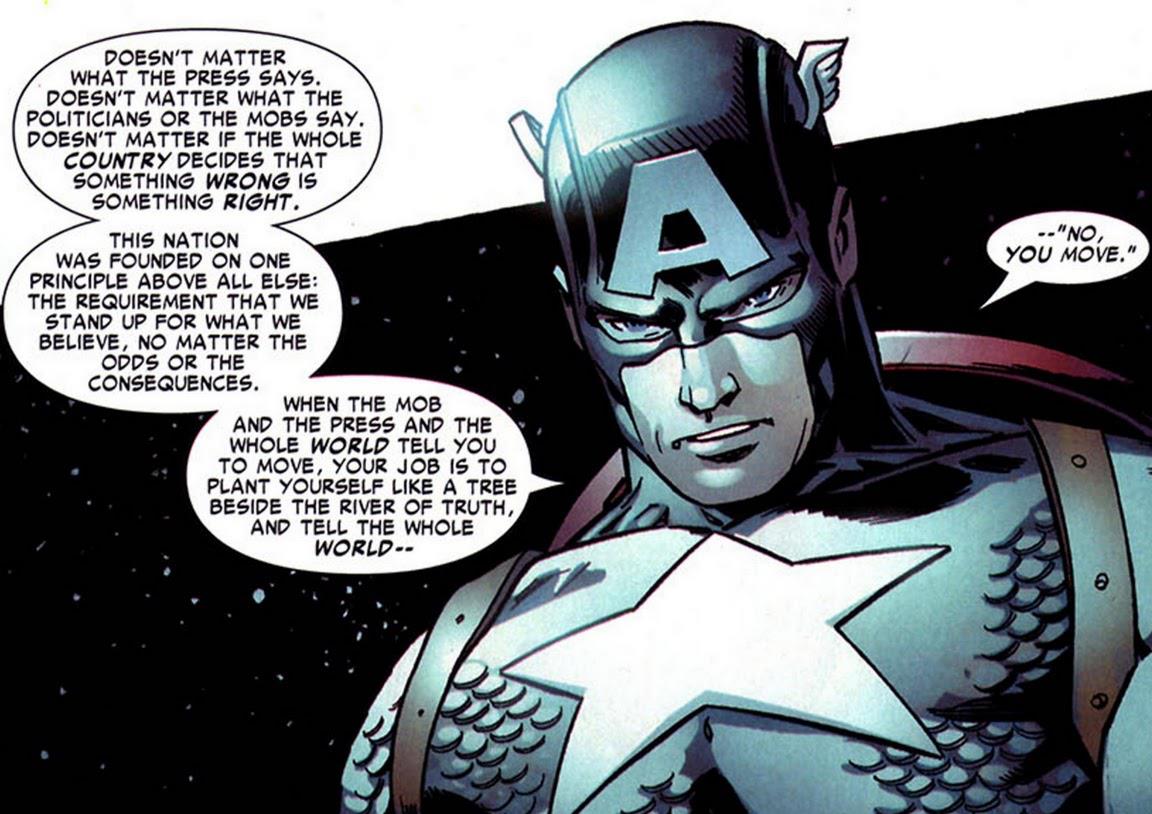 It’s an interesting decision to take the words out of Cap’s mouth and give them to Sharon, but it’s also a neat little nod to fans who read the comic. Even if the film didn’t adapt the comic book completely, there are still aspects from the original arc that are just as applicable to the MCU timeline. And, of course, it’s a little funny that with Sharon as the mouthpiece, one could say that it’s one version of Captain America giving another a much-needed pep talk.