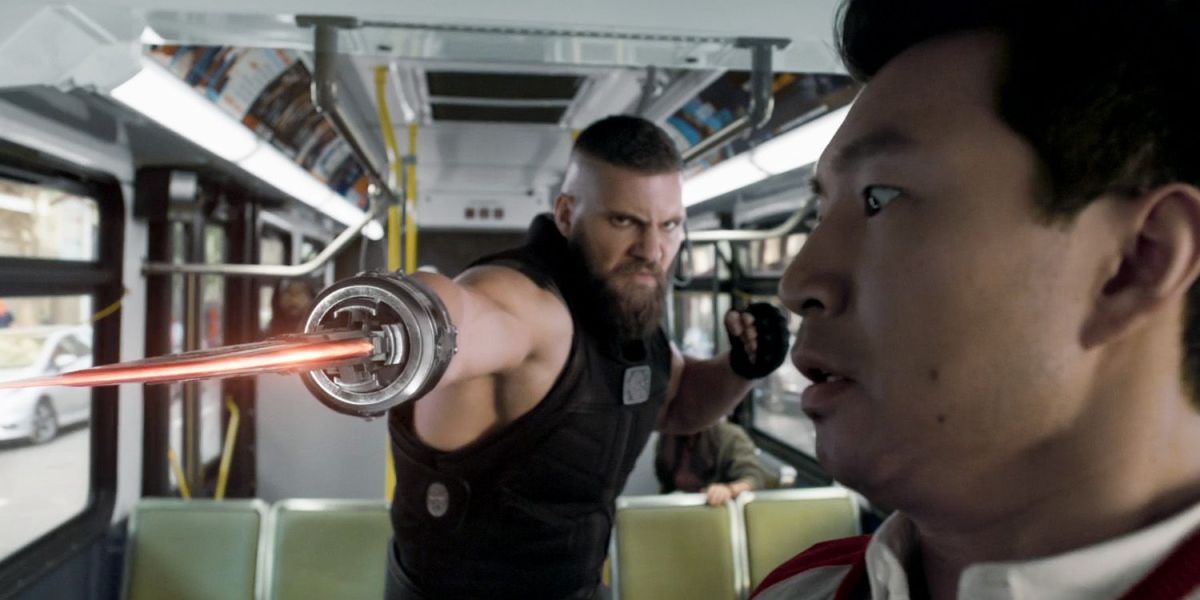 Shang-Chi and the Legend of the Ten Rings has no shortage of compelling action sequences, with the bus sequence earning raves from audiences across the globe. The scene centers on Shang-Chi (Simu Liu) fighting Razor Fist (Florian Munteanu), an assassin with a machete blade for a right hand. Munteanu, who previously played Ivan Drago’s son Viktor in Creed II, said that there’s plenty more Razor Fist content that ended up on the cutting room floor.

In an interview with ComicBookMovie.com, the German-Romanian boxer known as “Big Nasty” discussed his scenes that didn’t make it into the final cut.

Razor Fist operates as the right-hand man (no pun intended) to Tony Leung’s Wenwu, the immortal leader of the Ten Rings. Apparently an origin story for how Wenwu recruited Razor Fist to the organization was in the works, but didn’t make it into the film. “I always call [him] stepdad because, at the end of the day, Wenwu gave him a new life and purpose and a home. He trained him and took him away from the streets,” said Munteanu. “That’s also something you will see in the bonus material, … [Xialing’s] his daughter, so there’s more meaning to that than just following a new leader, but we’ll have to see what happens.”

Razor Fist is the rare henchman who ends up siding with the heroes during the climactic battle, as he realizes that the threat from Wenwu is greater than anything he’d previously encountered. The film ends with Razor Fist now under the employ of Shang-Chi’s estranged sister Xu Xialing (Meng’er Zhang) who takes over control the Ten Rings.

Munteanu said, “We had that big end battle, and you [originally] would have seen a bit more there from Razor Fist, … I’m looking forward to people seeing that because there was a reason why he replaced his blade with the dragon sword and fights with two swords, but I don’t want to spoil too much and I don’t want to give away too much.”

Munteanu will likely appear in future MCU projects, given his character’s rich history of battling the Avengers. In addition to fighting Shang-Chi, Razor Fist has tangled with Spider-Man, Wolverine, Colleen Wing, and the West Coast Avengers. But we’re perhaps most excited to see him working with Shang-Chi breakout star Meng’er Zhang and the Ten Rings. I mean, come on with these two:

Florian MunteanuRazor FistShang-Chi and the Legend of the Ten Rings