Shakespeare in the Park Is Coming Back!

I am so happy I could cry (no but I actually did cry). 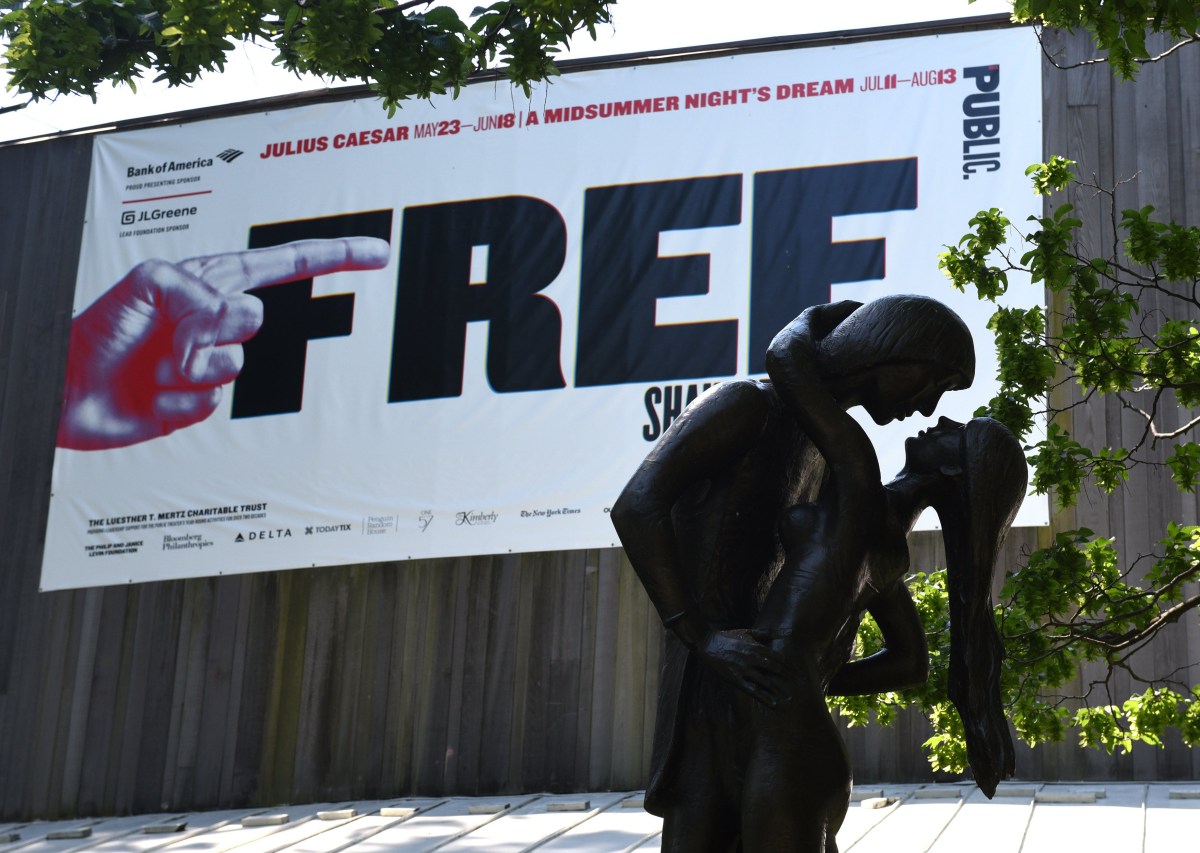 Theatre was one of the first things to shut down due to Coronavirus, and it is one of the last things to be able to open back up (and for good reason). The theatre scene in New York City, especially, is one that thrives on the energy of the audience, and when you have to sit six feet apart, that either makes a show financially impossible or severely diminishes the audience that can participate.

Things are changing, though. As more and more people are being vaccinated daily, it finally feels like we’re approaching the possibility for theatergoers to return to shows, but what is going to work out well for audiences this summer is the return of outdoor productions, namely the Public and their annual Shakespeare in the Park at the Delacourte Theater in Central Park.

A New York theatre staple, Shakespeare in the Park was obviously canceled in 2020, and while it made sense, it is also probably the safest way to consume theatre, since the Delacorte is a large outdoor theatre in the heart of the park. But the return for the 2021 season is something that brings me a lot of joy.

The first production of this season is going to be an adaptation of Merry Wives by Jocelyn Bioh, directed by Saheem Ali. Starting on July 5th, the production is the return for the theatre and, as of right now, is the only one slated:

“Set in South Harlem amidst a vibrant and eclectic community of West African immigrants, MERRY WIVES will be a celebration of Black joy, laughter, and vitality. A New York story about the tricks of the heart, performed in the heart of the City.”

I’ve missed theatre. Leading up to quarantine, I was in a Broadway theatre almost every single night and had plans to see Little Shop of Horrors, Assassins, and Hamlet in the coming weeks. I was excited about everything coming and enjoying an artform that I know a lot about. But quarantine shut it all down, and while we’re slowly getting movie theaters back, the theatre itself seems to be at a standstill.

You can’t just simply open up a theatre again and that is that. It’s live. That means that performers need to rehearse, staging needs to be reworked and run through, and a lot of shows probably won’t come back to Broadway. It sucks. But the return of Shakespeare in the Park just feels like a small slice of normalcy that Broadway and theatre fans will be happy to have.

I want to share what the Public wrote in their announcement because I think it’s an important message after the year we’ve all endured:

“The Delacorte Theater in Central Park isn’t empty…It’s full of HOPE that we will be together under the stars this summer.It’s full of PURPOSE to fill our city with art.It’s full of PROMISE for a return of the New York we love.What’s needed now is YOU.”