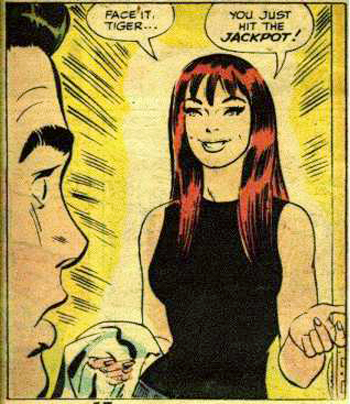 “She was only going to be in four scenes…I think it’s really incredibly smart that she’s not in it, looking back at it now because they’re introducing so many characters and MJ is such a vital character that it makes sense to hold off for future movies to introduce her.” – Shailene Woodley speaking to Empire Magazine at San Diego Comic-Con.

Last month we learned Woodley was cut from The Amazing Spider-Man 2 completely. Mary Jane is set to play a larger role in the next film but it’s still unclear whether or not Woodley will pick it back up.

Although she was there to promote Divergent, Empire also managed to ask the actress if she uttered Mary Jane’s famous introduction line from the comics (the panel shown here). “I did say it”, she told them.