Yes, Thank You for Sexy Perry Mason. 2020 Needed This. 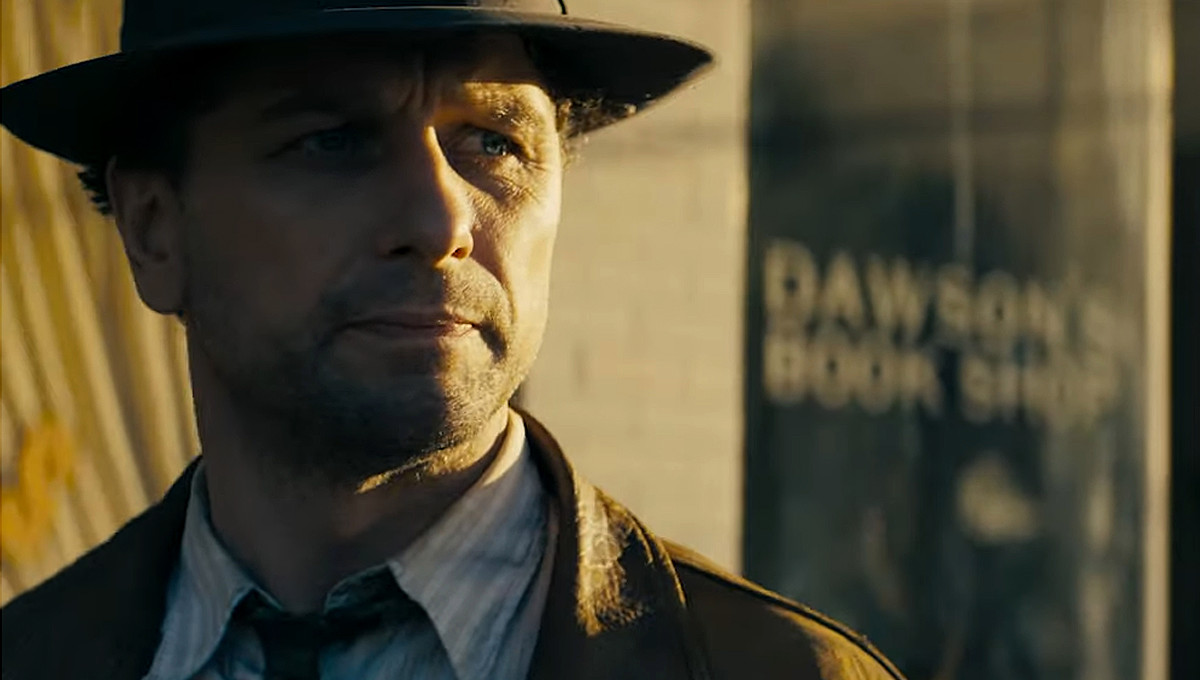 2020 is the year of the few joys, and Perry Mason is one of those joys for me. Based on the hit show that ran from 1957 to 1966, the HBO telling of the character, which premiered last night, is a bit different. The original Perry (played by Raymond Burr) was a defense attorney. The HBO series tells us the story of Perry Mason (Matthew Rhys) as a private investigator who says, “Most cops are stupid,” and I instantly fell in love with him.

Set in the 1930s in Hollywood, Mason finds himself in the middle of a case about an evangelistic figure (Tatiana Maslany) and a controversy that seems to be part of the church she upholds. What I love about Mason is the fact that he’s an absolute mess. Living in his family’s farmhouse, Mason truly walks around in high-waisted pants and a tank top for the majority of this episode, and when he’s not in that ensemble, he’s in a dirty suit with a short little tie. I love him?

Not only is this a show of Perry Mason hating cops and being sad about not seeing his son, but it also brings a noir feel to HBO that was seemingly missing since Broadwalk Empire ended. I personally love how sad Perry Mason is in any given moment of this episode. I just feel like if he’s pushed in the slightest, he’ll break down into tears, and I weirdly want to protect this grown man?

If none of this excites you, there is a part where Perry needs a new tie (his fun little tie gets mustard on it), so he goes to visit Virgil (Jefferson Mays) at the morgue and buys a tie from the belongings of a John Doe. Truly inspiring stuff.

Produced by Team Downey (yes, I know, that made me partial to it from the start), the show is different from the original world of Perry Mason but gives us glimpses (in the first episode, at least) of a man who is dedicated to finding the truth about a situation, even if he starts his journey for the money involved.

I do think that Mason has some kind of lawyer background, though. During the episode, he’s on the stand and yelling at the lawyer “defending” him, telling him what he should be doing. So, we could see the D.A. Mason we knew from the original yet, but honestly? I kind of like this hardened private eye.

Twitter has been talking about the show since the first trailer dropped—or, at least, the people I follow have, because we’ve all just been screaming about Matthew Rhys being back on television once more. While The Americans is on my list to watch, I loved Rhys from Brothers and Sisters … my point being that Rhys was a TV star who hit the big screen, and now he’s returning to his roots, and I, personally, love to see it. (He was literally off a hit show for two years, and this is how we’re all reacting to him in Perry Mason, so that should tell you all you need to know about the power of Matthew Rhys.)

Still, the tweets about the show are either all in or some who are waiting to see what the future of Perry Mason holds for us.

name a better trio of producers
YOU CANT #PerryMason pic.twitter.com/P6MMe8eCKW

would like to debut my mumblecore film ‘perry takes a pic’ pic.twitter.com/AfWsxqCgfd

Perry Mason was interesting. I liked it. Very dark. A bit like Batman in that a white man is sad despite being better off than most everyone around him. Veronica Falcón is sublime as she always is. I would watch an entire show about her.

Perry Mason has noir Matthew Rhys, lesbians, and utter contempt for the police I mean what more could you want

jefferson mays popping up working in a morgue 15 minutes into perry mason, in the least surprising casting decision I can imagine

The new Perry Mason goes out of its way to be upsetting, but I find Matthew Rhys’ tormented face so soothing