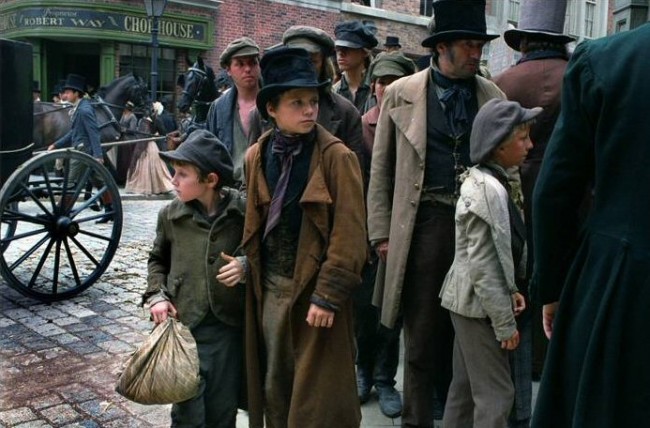 Oliver Twist, Charles Dickens’ novel about child labor and poverty in response to the harsh conditions of an industrialized 19th century England, is getting a sexy reboot because I don’t even know. Chad Damiani and J.P. Lavin of the Fruit Ninja adaptation are penning the script, and Don Roos is attached to direct.

Here’s the premise from The Hollywood Reporter:

A sexy contemporary take on Oliver Twist with a struggling 20-something female (Twist) who finally finds a true sense of family in a strange group of talented outcasts who use their unique skills to take down wealthy criminals.

I imagine at NBC someone needed to come up with a pitch at the exact moment a 20-something lady holding a copy of Oliver Twist walked in front of someone talking about Fox’s Camelot, the police procedural drama inspired by Arthurian legends.

The weirdest thing is that the premise doesn’t sound horrible: people like classic works of literature, people enjoy sexy stories, lady-led dramas are cool and we’re all about sticking it to rich criminals! But using Oliver Twist as a reference point is … discombobulating to say the least. Like, Dickens’ novel about poor orphans is not a sexy story. It did not need to become a sexy story.

That being said, I would love for the disjointed synopsis of Twist to actually be the start of a great show about cool ladies (a female Artful Dodger!) messing with criminals from the minds of Fruit Ninja. We’ll just have to wait and see, but what do you think about Twist?