So You Want To Report Sexual Harassment on Capitol Hill? Have Fun Waiting Three Months 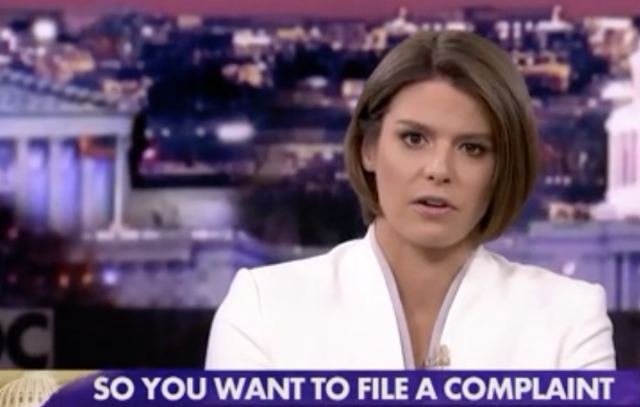 Kasie Hunt on her MSNBC show Sunday took the time out to explain how the process of reporting sexual harassment works on Capitol Hill. Surprise it’s an annoying, convoluted process that screws over the victim, silences them and has taxpayers footing the bill for the harassment.

According to Hunt, once an incident has occurred the victim has 180 days or 6 months to file a complaint with the Office of Compliance. A building so important and well known that only one in ten staffers were aware of the office’s existence. It is great that a department that exists to help staff, is largely unknown to said staff. It’s almost like they do not want people to make claims.

However, if you are one of those one staffers or if you happen to be friends with that person, and do file a complaint it doesn’t mean that person will be removed, even temporarily. Instead, you have to go through a mandatory counseling process that lasts about a month. After that, you have 15 days to decide to pursue mediation and that mediation takes…another 30 days.

So let’s get that straight. If you, at best, file within, say, same day to a week of the incident and say yes immediately to pursue mediation, that is still two months where you are obligated to deal with the person who assaulted you. Without being able to tell anyone. “You continue to go to work every day. And to be clear, during this time there’s typically no investigation or attempt to change the workplace environment, so you might be seeing this person every day at work,” Hunt explains. Capitol Hill, just like college: inept at handling sexual assault.

Within that 30 day mediation if at the end of it you reach a settlement, “you must sign a non-disclosure agreement that keeps you from talking to anyone about your experience. Even with your therapist.” If you do not reach a settlement, then after another…you guessed it! 30 day waiting period you can file a lawsuit or request a hearing.

Isn’t it great that the power structures we live in make it hard for victims to seek justice by (1) keeping resources closely guarded (2) dragging out the process for damn near three months (3) while silencing the victim the entire time so that they can’t build witness for a potential future case and (4) asking taxpayers to prop up these systems with our money.

With a system like this, it is no wonder why politicians think they can get away with conduct. They either pay people off for their silence after months of a gaslighting-like process or nothing comes of it because people don’t know where to go for any help.  It is absurd that our elected officials handle sexual harassment in such a ridiculous manner, but then again they probably never thought a woman’s place was in Capitol Hill.