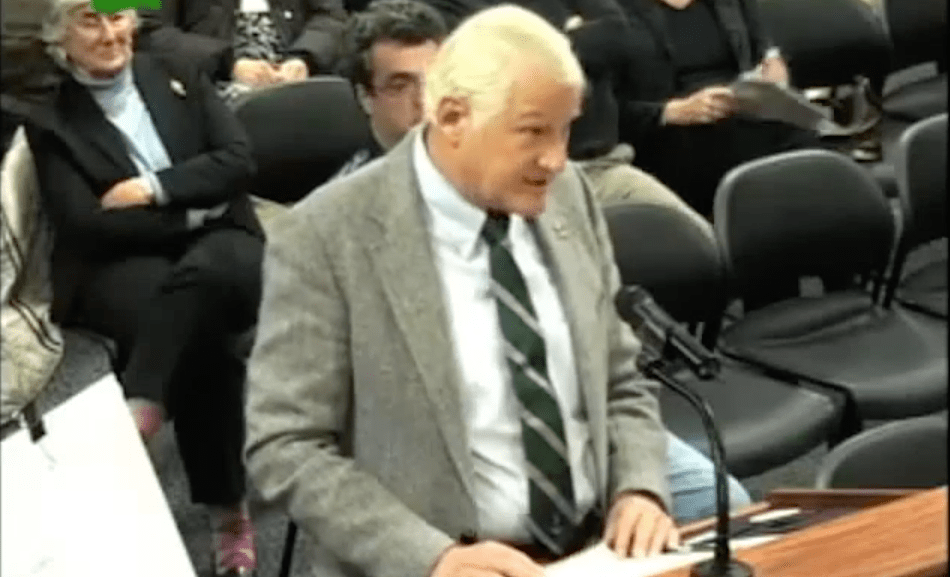 After Donald Trump’s infamous Access Hollywood tape was leaked, one of the most prominent (and infuriating) responses was from all the people who brushed the whole thing off as just harmless words. These people refused to see Trump’s bragging of being able to do whatever he wanted to women because of his fame—that he could, as he so disgustingly put it, “grab ’em by the p—y”—as anything but talk, and those of us who dared to call the subject of that “talk” what it actually was (sexual assault) were criticized for not being able to take a joke, not letting boys be boys, and any number of other nonsensical excuses.

The problem many of us had with Trump’s words—you know, beside the fact that he was, yes, boasting about his penchant for violating women—was that when the now-President-elect brags about something like sexual assault, it is powerful, tacit permission for anyone and everyone else to do the same. And if you didn’t believe that was true before, well, here’s a disturbing new example of Trump culture, from another politician flaunting his presumed privilege.

According to the arrest warrant, the incident began in the hallway of a town facility, when an unnamed female employee told von Keyserling “it was a new world politically” and he had to educate his fellow politicians. He responded by saying “I love this new world, I no longer have to be politically correct.” Yeah, something tells me that wasn’t what she meant by “a new world.”

She replied that if ” he was proud of that I can’t help you.” He responded by calling her a “lazy, bloodsucking union employee.”

The woman fired back a “(expletive deleted) you” (we can guess what that was, can’t we?) and walked into her office. He followed her, saying he wanted to talk to her co-worker. The co-worker said she didn’t have time to talk to him and the two attempted to leave the office. (In the warrant, she said she didn’t feel comfortable being alone with him. A good reminder to trust your instincts.)

As the woman, who is in her 50s (not that her age matters, other than to emphasize that this is a grown-ass woman) tried to leave her office, von Keyserling, according to the warrant, reached between her legs from behind and “pinched” her groin area.

In a serious Standing Ovation moment, the woman told von Keyserling that if he ever did that again, she would punch him. His response, though, is beyond chilling. According to the warrant, he “looked back with a really evil look in his eyes and said, ‘it would be your word against mine and nobody will believe you.”

That is the era of Trump. That is rape culture. That is a man in a position of power not just knowing, but having the confidence to say out loud that the world takes his side, always. His lawyer, as you would expect used the ‘but he’s such a good guy’ line of defense, saying “In almost 30 years of practicing law in this town, I would say Mr. von Keyserling is the one person I would never suspect of having any inappropriate sexual predilections.”

He also went the ‘why can’t women take a joke?’ route, saying, “There was a playful gesture, in front of witnesses. It was too trivial to be considered anything of significance. To call it a sexual assault is not based in reality.”

Von Keyserling is not denying his actions. He even asked if all this fuss was over “that little pinch I gave.” There’s video that corroborates the employee’s account. But von Keyserling does not get to decide how this employee is allowed to react. Sexual assault is defined as “any type of sexual contact or behavior that occurs without the explicit consent of the recipient.” No matter what von Keyserling and his lawyer say, “playful” intentions do not negate the lack of consent in “pinching” a woman’s genitals.

To make this even more disgusting, and incredibly troubling, von Keyserling somehow thought that it would actually be a reasonable line of defense to compare the way he assaulted this employee to the way he treats his daughters. He actually thought it would be a good idea to try to elaborate on his particular sense of humor, saying “he is the kind of guy that like to embarrass his teenage daughter and he calls it a ‘gig’ and that’s what this was ‘a gig.”

It’s a small but strong silver lining that von Keyserling has been arrested and charged with fourth-degree sexual assault, and posted his $2,500 bond. He’ll be back in court at the end of the month. Let’s hope that this monster of a man is wrong, and when their words are placed against each other, he doesn’t get the benefit of any doubt, simply by the virtue of being born male.

(via LawNewz, image via screengrab)