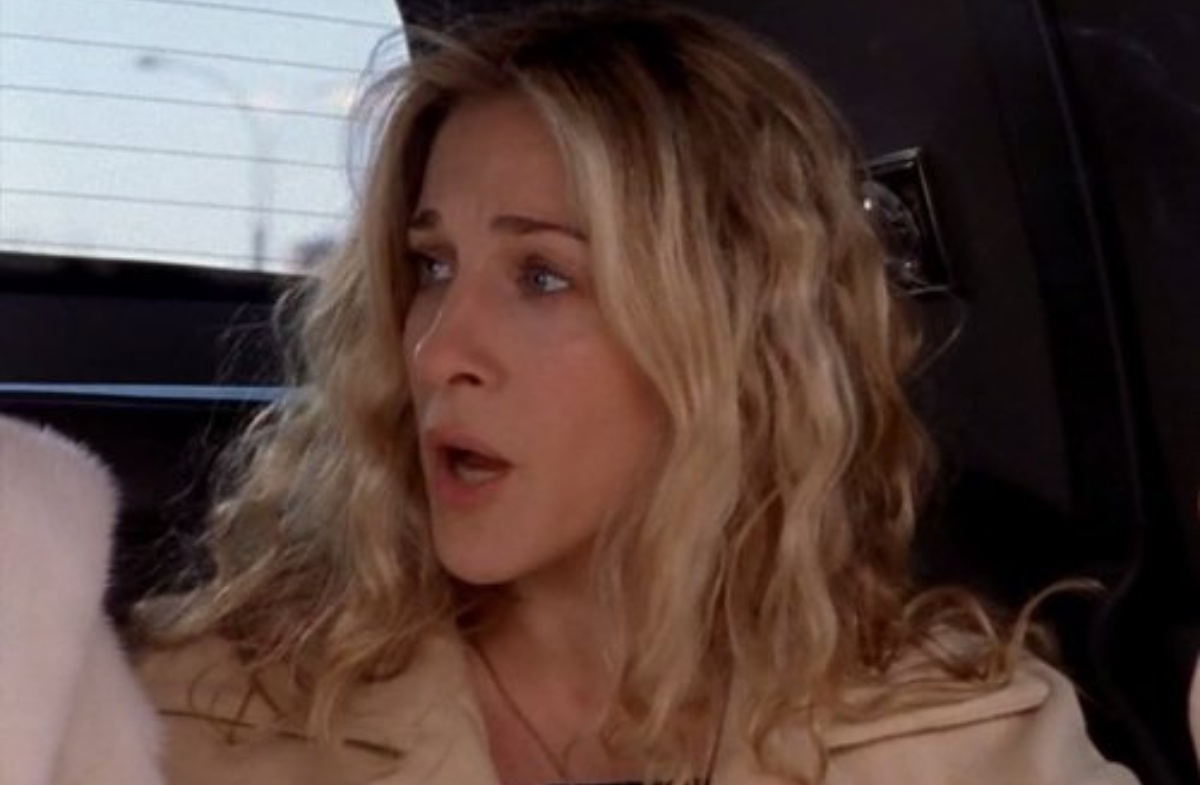 The more details unfolding about the (thankfully) canceled Sex and the City 3 movie that come to the surface, the more I want to kiss the hand of Kim Cattrall for helping to spare us from this disaster.

It first came out that the major plotline for the third movie would have been the death of longtime love interest, Mr. (James) Big by a heart attack, leaving Carrie to can’t help but wonder how she will move forward now that she’s lost the love of her life. Now, according to E!, a source close to Kim Cattrall has dropped some more information:

More than “awk.” That is child pornography.

I’d love to know who in their right minds thought this could be a potential storyline for Samantha? What 14-year-old boy would send erect “dick pics” to his mother’s best friend in their 60s? Yes, Samantha/Kim Cattrall is super gorgeous, but the only way she’d become someone who wasn’t just “Aunt Sam” is if some very serious lines were crossed, and I don’t see that happening on Samantha’s part.

I mean, we have an episode of her babysitting him when he’s just an infant!

Regardless of whether it’s just a rumor or not, it does highlight an issue about the movies versus the show. While Sarah Jessica Parker’s Carrie was always the lead, it was also an ensemble, with multiple episodes to give everyone their own storylines. In the movies, it becomes The Carrie Show with friends doing … something.

How many shows get to tell stories about sexually active women in their fifties and sixties? To waste that kind of potential to show Samantha still having a healthy and fun sex life into her 60s, by shoving her into what would probably be some poor-taste Mrs. Robinson storyline, is disrespectful to the character, the actress, and the audience.

If the series ever continues, one thing that needs to happen for sure is putting it in the hands of someone who is not Michael Patrick King. Bring on Jenny Bicks, Cindy Chupack, or Terri Minsky, all female writers on the show, because while it was still solid even with a male showrunner, if this is the direction they’re going, then it needs to change, fast—especially after the racist mess that was the second movie.

I love Sex and the City. Does it hold up entirely today? No, but it remains a show that has some very poignant storylines and characters who are deeply imperfect. It’s easy to look at the show and only see where it fails, but as someone who got into it fairly recently, I think it also succeeds in many ways.

The movies, however, are huge failures. Okay … the first one has its moments when it isn’t about Carrie/Big, but the second one can burn in the flames of Hell. So few series get perfect endings, and Sex and the City did, so that makes these two films feel especially extraneous, but a third would seem like an actual punishment.