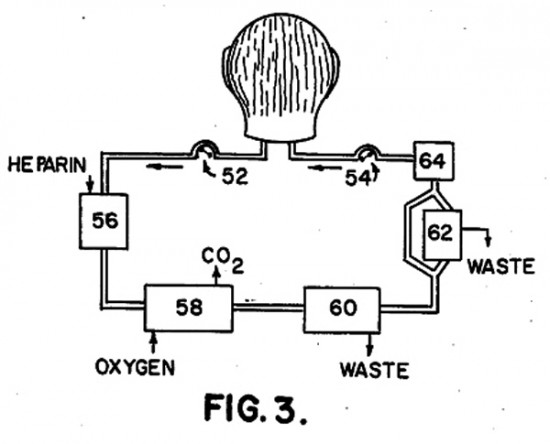 77 years after Charles Guthrie amputated a dog’s head and sewed it onto the neck of another dog and made everyone really depressed after reading that bit of sentence, scientists patented a device to preserve severed heads. Yep, just like Futurama.

Effectively explained by the patent’s abstract:

This invention involves a device, referred to herein as a “cabinet,” which provides physical and biochemical support for an animal’s head which has been “discorporated” (i.e., severed from its body). This device can be used to supply a discorped head with oxygenated blood and nutrients, by means of tubes connected to arteries which pass through the neck. After circulating through the head, the deoxygenated blood returns to the cabinet by means of cannulae which are connected to veins that emerge from the neck. A series of processing components removes carbon dioxide and add oxygen to the blood. If desired, waste products and other metabolites may be removed from the blood, and nutrients, therapeutic or experimental drugs, anti-coagulants, and other substances may be added to the blood. The replenished blood is returned to the discorped head via cannulae attached to arteries. The cabinet provides physical support for the head, by means of a collar around the neck, pins attached to one or more vertebrae, or similar mechanical means.

The Atlantic points out that no such experiments are known to have been performed on a human, and yet the illustrations seem to represent a human’s head. There’s a totally insane video over at the Atlantic with a decapitated dog’s head and end-of-the-game boss music that helps explain the procedure. We decided not to post it here. We don’t recommend you watch it, even though saying that most likely means you will. Trust us, though. We’re good people. It could ruin your day, no exaggeration.

Now that you’re thoroughly depressed by headless dogs and creeped out at secret human decapitation experiments, let me remind you that it’ll all be funny in the future: 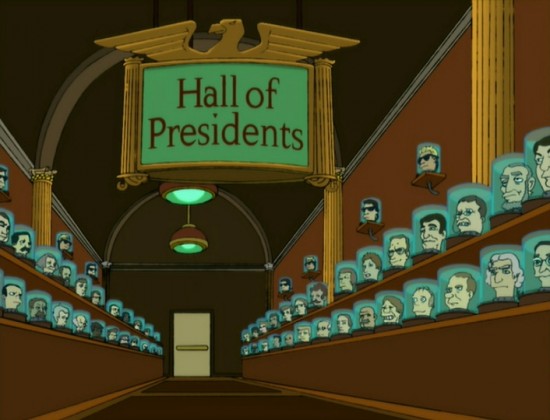