William Shatner: "A Woman's Place is In the Fridge" | The Mary Sue

William Shatner Says, “A Woman’s Place Is in the Fridge,” Remains the Worst 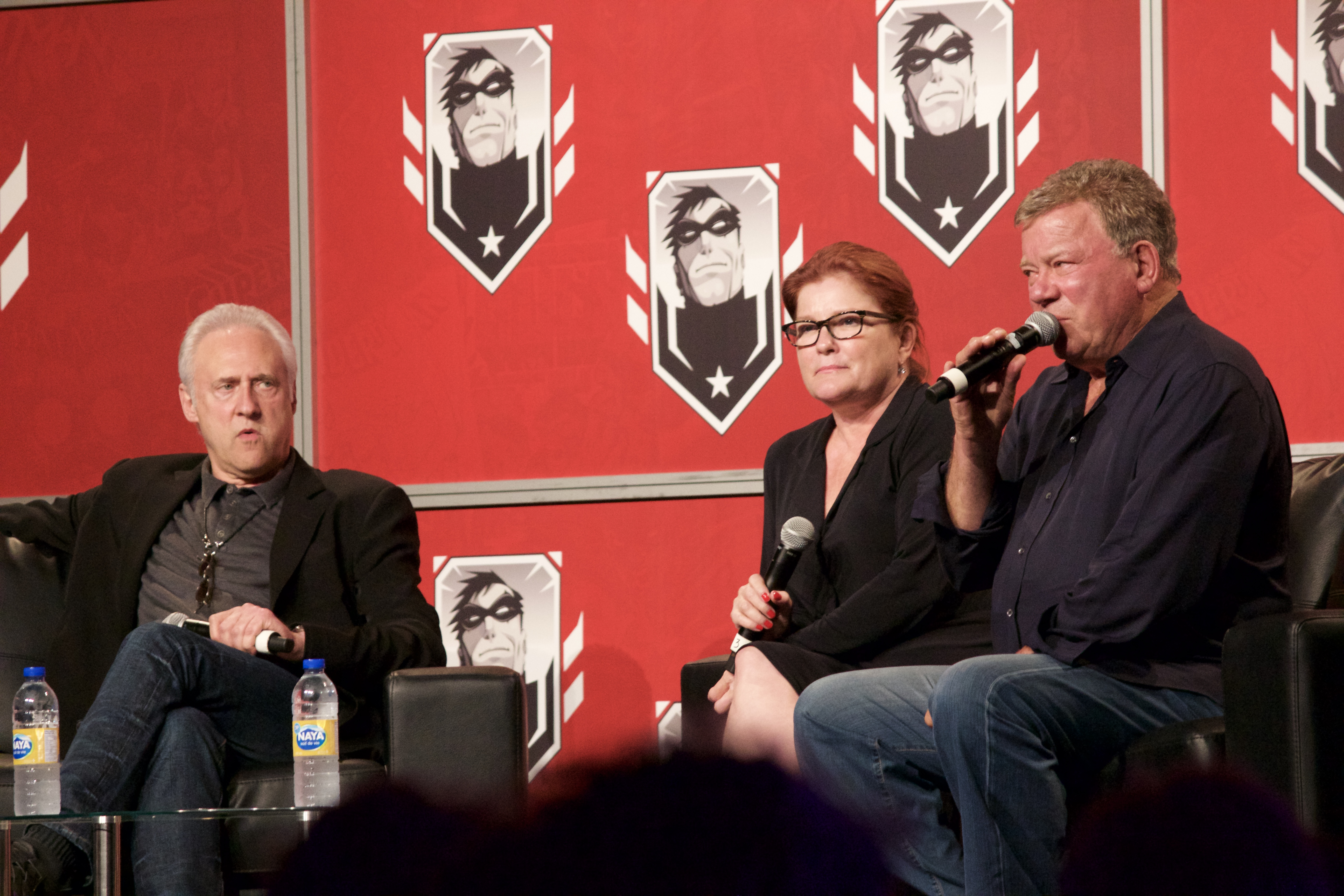 Thousands of fans turned out for Montreal Comic-Con July 8-10, many to celebrate the 50th anniversary of Star Trek. Overall, the mood was positive, forward-looking, and particularly supportive of diversity in the franchise. But then William Shatner opened his mouth, and took us all back in time (not in a fun Voyage Home way) with a string of sexist jokes.

A highly-promoted Saturday night event featured three generations of Trek stars: Shatner, Kate Mulgrew and Brent Spiner in honor of the 50th. It started well enough, with a moving tribute to Leonard Nimoy and Anton Yelchin, the 27-year-old actor who portrayed Chekov in the new films, before he died in an accident last month.

Spiner had worked with Yelchin when Yelchin was a child, and spoke somberly about the tragedy: “It’s unthinkable because he was so talented, so gifted. Just funny, smart, wonderful…I spoke to Karl Urban recently and he said, ‘Of all of us, he was the most talented, the most gifted, the funniest.’ It’s just devastating.”

Shatner took time to remember Leonard Nimoy: “The most memorable thing of Leonard that I have is the laughter. He just made me laugh and I have all kinds of pictures at home of the two of us doubled over with laughter.”

Unfortunately, the respectful mood dissolved quickly. In the middle of another story about Nimoy, Shatner broke off in the middle of a sentence to take a dig at Mulgrew. It started fairly harmlessly, with him just joking that he’d never seen her series. But then a fan supporting her called out: “A woman’s place is on the bridge.” Mulgrew took a sidelong look at Shatner and sarcastically said, “Or in the kitchen, as the case may be.” Shatner immediately jumped in saying, “A woman’s place is in the fridge.”

Not long after, Shatner made the joke two more times, in reference to a female fan at the mic. The woman had asked Spiner what it was like playing a non-human character and added, “I apologize that it’s with two other actors who portrayed characters who were human on stage.”

“Well, a woman’s place is in the fridge,” Shatner replied.

The woman at the mic pointedly tried to get her question answered, saying: “It’s Mr. Spiner’s turn now,” and the audience applauded her loudly. So Spiner replied, acknowledging the writers for doing most of the work creating the character of Data. The woman then joked: “All you had to do was show up, “ and Shatner jumped in again: “This woman is dangerous: put her in the fridge.”

Was Shatner trying to insinuate something about women being frigid? About women’s weight? Was he actually making a joke about the “women in refrigerators” trope, in which a female character is killed off in order to motivate a male character? It seemed unlikely he’d be aware of that feminist critique, but it’s hard to think of a way that Shatner’s comments could have possibly been respectful to women.

Mulgrew and Spiner tried their best to take back control of the situation and ensure the fans were getting to ask their questions. But Shatner didn’t seem to get the message. Later, a fan asked Mulgrew about how it felt to wrap filming on Voyager. Mulgrew’s response was heartfelt, but also included a jab at Shatner:

Mulgrew: I wept. I wept, because you’re in the trenches for seven years (Mr. Shatner doesn’t know about this) you’ve invested so much. I loved being the Captain.

Shatner: You say you wept? Wow. That’s so female. I can’t imagine the captain of a starship weeping.

Shatner has been known to make trouble at conventions before. At my first convention in Vancouver in 2010, the audience booed Shatner when he took a shot at Leonard Nimoy’s Full Body Project. A plus-size model went to the mic to thank Nimoy for his work promoting body acceptance. Shatner interjected to question the term “full bodied,” joked that the term was more appropriate for a beer, and yelled, “Come on, they’re fat!” Garrett Wang, who played Harry Kim in Star Trek: Voyager, has also publicly called Shatner out for rude behavior towards fans and other actors.

Fortunately, fans could look elsewhere on the Montreal Comic-Con agenda to celebrate 50 years of Star Trek in a way more fitting with the ideal of Infinite Diversity in Infinite Combinations. 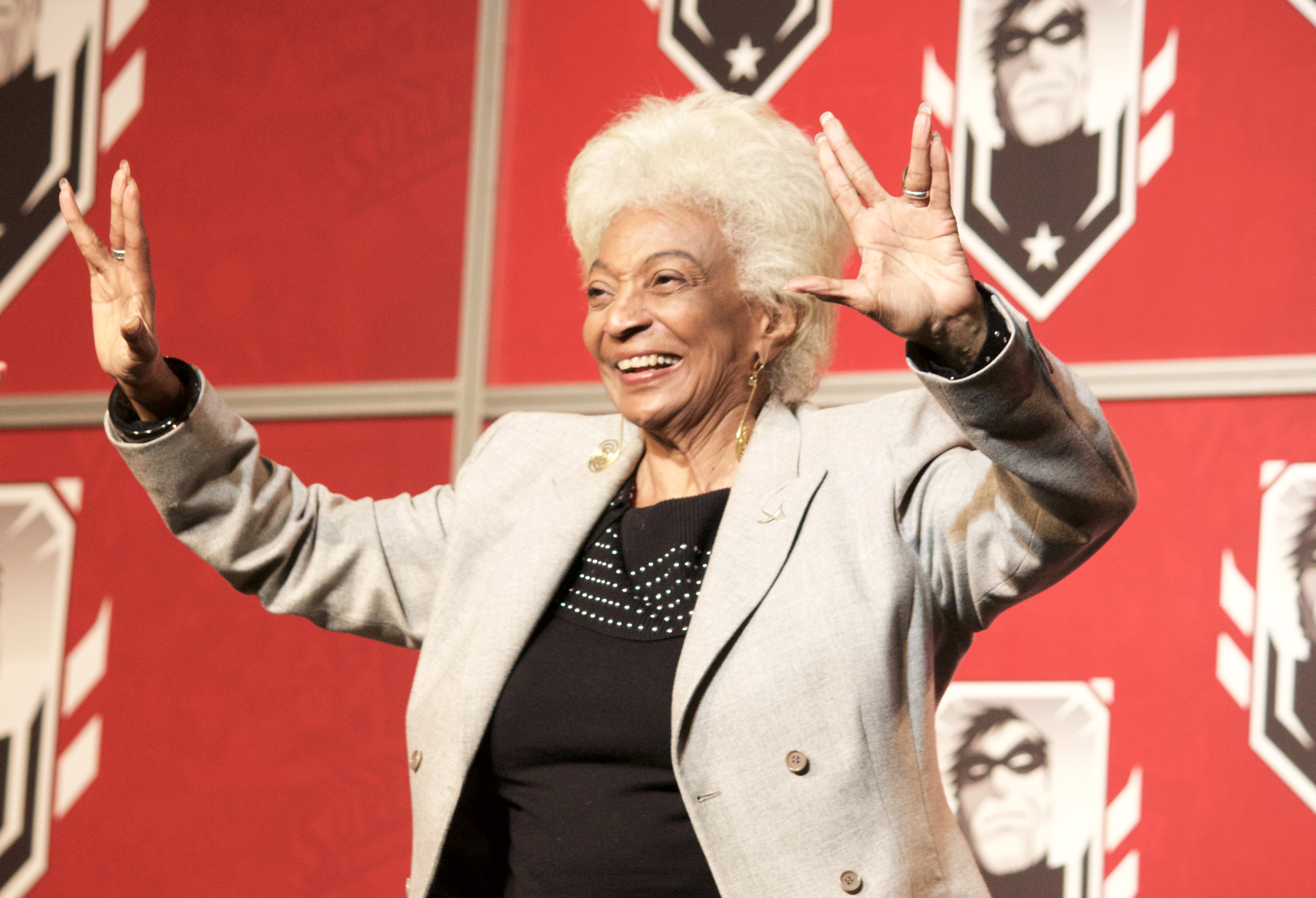 On a Sunday Q&A, 83-year-old Nichelle Nichols sang, cracked jokes, and reflected on the honour of playing Uhura and seeing her character’s legacy live on today: “It’s something that is almost impossible to explain, but think about it and you get chills.”

Nichols cited Star Trek’s optimism and diversity as reasons the franchise continues today: “So many people felt not a part of life, and it seemed that when Star Trek came along, here we were from all over the world, and we were them.”

Those who first felt they truly had a place in the Star Trek universe are now in their senior years, but Trek’s legacy of diversity and inclusion didn’t stop at TOS. During Kate Mulgrew’s Q&A, childhood fans of Star Trek: Voyager (myself included), now in their 30s, went up to the mic not just to ask questions, but also to offer heartfelt thanks for inspiring them by playing Kathryn Janeway, Trek’s first female Captain. 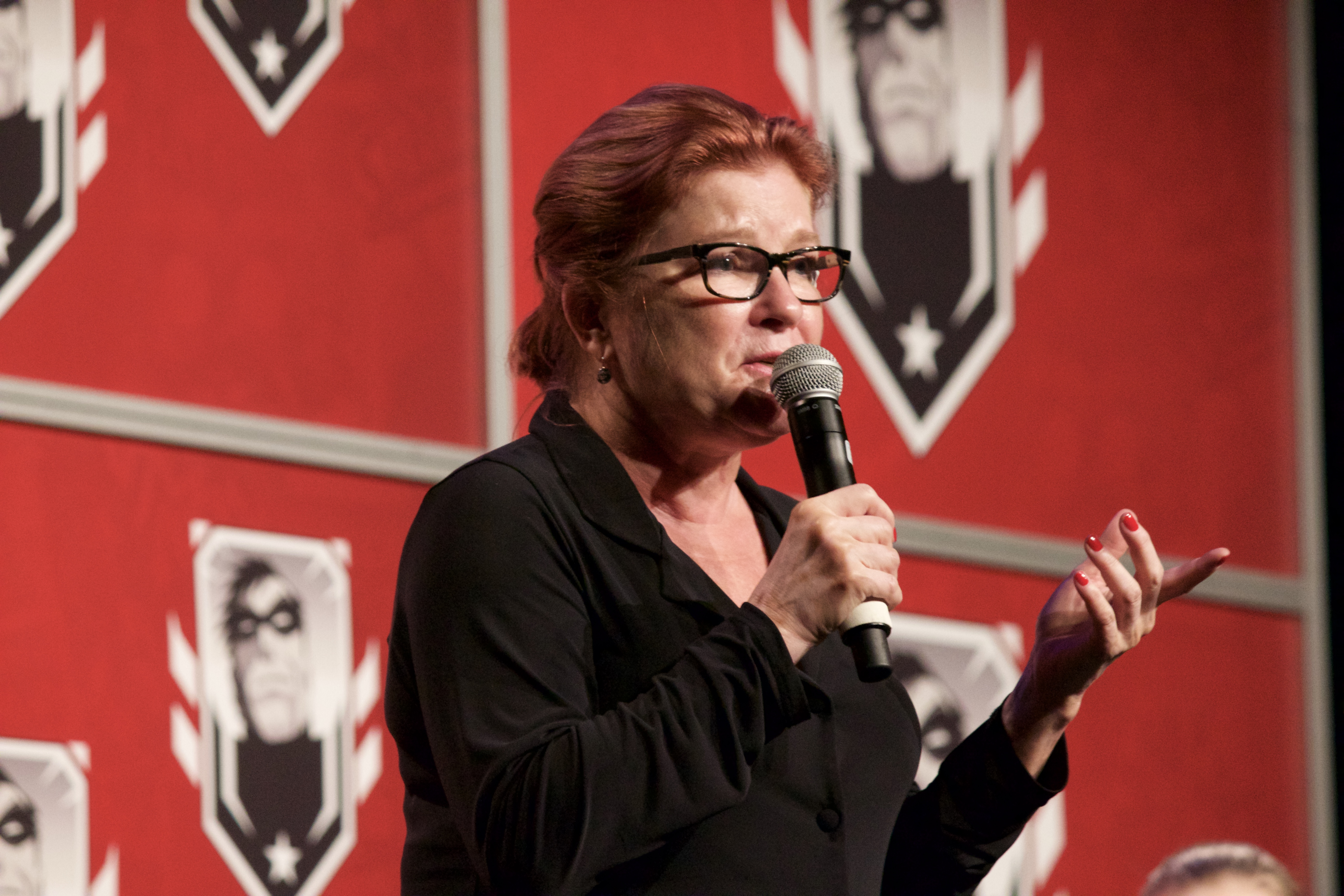 “I think it’s fairly clear that to play Kathryn Janeway in the time that I played her, was not only history-changing, but was a major blow to the glass ceiling of the boys’ club in Hollywood,” Mulgrew stated.

Mulgrew sees her work on the Netflix hit series Orange is the New Black as an extension of the ground broken by Star Trek, and she thinks Trek has some possible catching up to do in the new series coming out in 2017: “I’d like to see a homosexual in command in some level, more women on the bridge – forcefully, confidently. I think that at some point, hopefully with the introduction of Mrs. Clinton as the next President of the United States, we can start to put aside this very odd notion that we are not equal. Equal screen time is now at hand. Equal sex time. Equal gender time. Equal color, race, creed time. This was Roddenberry’s dream, lo those many years ago,” Mulgrew said.

To achieve that dream, Mulgrew sees work to be done not just by creators, but also within the fandom. “I want the spirit of viewership to be: ‘This is right; we’re all in this together.’ That’s what it’s all about. That’s what Star Trek is all about,” she added.

Photos by the author.

Jarrah Hodge is a feminist blogger from Ottawa, Canada. She analyzes Star Trek from a feminist perspective at trekkiefeminist.tumblr.com and on the podcast Women at Warp! You can find her on Twitter @jarrahpenguin.