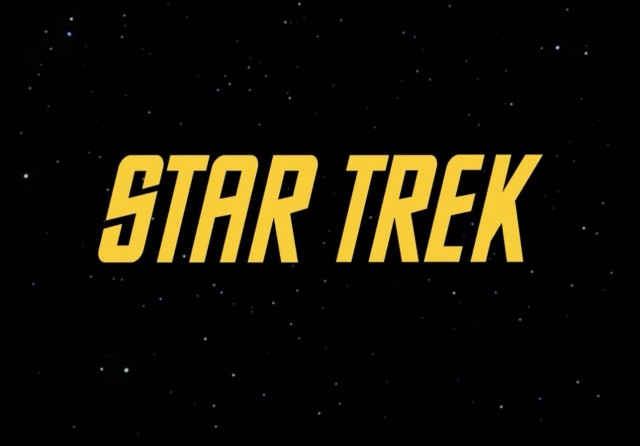 By now, you know that Star Trek is officially returning to the airwaves in 2017, and by airwaves, I mean the kind of airwaves that travel to your home only via a $5.99-a-month digital streaming service. You may not agree with that mode of delivery, or with the franchise being put in the hands of Alex Kurtzman of Fringe and Sleepy Hollow fame, but one way or another, Star Trek is back, which means the series has a huge opportunity to boldly go beyond its past.

I was a big fan of the J.J. Abrams films overall, but they had huge representation issues, which isn’t exactly surprising for something staying true to a product of the 1960s. It’s no excuse, but it’s a reality of the reboot-obsessed culture that keeps recycling stories that were formulated in less-enlightened times, and it hinders our progress as a pop cultural civilization. The original series is dated now, but its inclusion of an African-American woman and an Asian-American man in its cast was groundbreaking in its time. This new Trek series should do everything it can to honor that progressive heritage today. With that in mind, here’s what I want to see from the new cast.

For the love of God, a female captain.

This one is a no-brainer. There have been five live-action Star Trek series previously. The captain’s chair has held a male butt in four of them. The captain’s gender in ST’17 is the decision between 33% (if you squint, a figure that might be believable as a random distribution) and 17% (clearly unequal and making Captain Janeway’s blessed existence look more and more shamefully anomalous).
It’s not great either way, but the road to space equality has to start here. Star Trek’s influence on the scientists of tomorrow is undisputed, from the first Space Shuttle being named Enterprise to Stephen Hawking’s jokes about building a warp drive (and his awesome cameo on TNG). You don’t have to look hard to know how we’re currently failing girls and women when it comes to including them in, and encouraging them to join, STEM fields. If the new Star Trek series doesn’t feature a female leader, there will be no excuse at all for it.

At least one openly gay character.

I’ve written previously on this site about Star Trek’s weak history when it comes to gay characters. No character that is clearly not heterosexual in “our” universe has ever appeared onscreen, which feels absurd for such a supposedly forward-thinking franchise, even accounting for the fact that a lot has changed since Enterprise went off the air 10 years ago. (Multiple female characters have been shown engaging in same-sex romantic/sexual activity in the twisted Mirror Universe, which is honestly a worse message than if they had not been depicted that way at all.)

They didn’t take my suggestion to make Sulu gay in the Abramsverse movies as a tribute to George Takei’s activism, so now it’s time to move on and finally right this wrong. It shouldn’t be treated as a big deal, but it’s something that is really past due to happen.

Star Trek has been decent over the years about creating characters representing racial minorities as we understand them in the United States, at least in the context of the times each individual show was produced. Few boxes haven’t been checked, including a major Native American character, representing the most marginalized American racial minority of all.

But it’s time to move past this kind of box-checking and the corresponding stereotypes that characters like Chakotay were sometimes forced to uphold. If Star Trek wants to be truly progressive, it needs to present a future where a. white people are not the human majority, and b. race has evolved into something less neatly defined. I’d like to see Star Trek present a society more like that of The Expanse book series (and hopefully the TV series premiering in December as well), where it is not especially common to encounter someone with first and last names that “match” culturally. If we are to presume an optimistic future where racial divisions have been broken down, it would be illogical to expect anything else.

If you analyze Star Trek’s long list of main characters, you’ll find a distinct lack of relationship security. The ones depicted as being in a steady committed relationship throughout their time on a series are in a very select group: Miles O’Brien (married throughout Deep Space Nine to botanist Keiko O’Brien); Tuvok (married throughout Voyager to T’Pel, who was never seen except for in visions); and Phlox (married throughout Enterprise to three wives, all of whom had three husbands in turn). That’s basically it.

I believe Star Trek has denied itself some very interesting stories about the effect long-term space travel would have on serious relationships. This was done in order to preserve awkward relationship-of-the-week episodes and painful, long-gestating, Niles and Daphne-style will-they-or-won’t-they plotlines. I never want to go back to the days of Riker and Troi’s weird “imzadi” pseudorelationship that still left Riker free to sleep his way out of trouble. What is a serious long-distance relationship like when the distance is measured in lightyears and communication is only via relativity-distorted subspace? That’s the romantic plotline I want to see.

At least one openly trans character.

We’ve already established that Star Trek missed the boat on gay characters. Star Trek is never going to be a pioneer when it comes to that particular issue, but it still has a chance to be when it comes to trans characters, who, as a group, are currently appallingly underrepresented onscreen.

Much of the conversation today regarding trans characters and trans actors has focused on whether it’s right for cis people like Eddie Redmayne to play characters like Lili Elbe—a historical figure in that case, or characters who are otherwise largely defined within the context of their stories by their trans identity. Clearly, Hollywood is still far from including trans characters for reasons other than treating their existence as shocking and getting Oscars for the cis actors portraying them. This needs to change as soon as possible; trans characters played by trans actors should be depicted (as in reality) in all walks of life, and this is even more true in a vision of the future when we can all hope the brutal discrimination trans people face today will be behind us.

I know I already made one demand for the captain, but bear with me. The humancentric nature of most Star Trek media is certainly no surprise. Who could argue with the franchise focusing on homo sapiens when none of those other intelligent species actually exist? But as far as I’m concerned, this is Star Trek’s hidden civil rights problem. There might not be any real-world consequence to not respecting a fictional “alien” culture, but a key part of social justice is the capacity to feel empathy with a set of individuals even without necessarily having day-to-day contact with them. So when Star Trek elevates humans above all others, I believe it betrays the ethos of the franchise.

A lot of Trekkies will tell you Kirk’s eulogy for Spock—when Kirk describes Spock’s soul as the “most human” he ever encountered—is one of the franchise’s greatest moments. I never understood that. Spock didn’t even identify as human! (Despite his mother being one.) Why should we applaud this posthumous disrespect just because it validates our own human identities? The fictitious nature of Vulcans should have no bearing on this if we want to think of Star Trek as an allegory to today’s world.

So I think it’s time that Star Trek acknowledges this and puts a non-human in the captain’s chair. I would not want this character to be unrelatable in the least though, lest she fail to satisfy the goal I established in my first section about being a role model for girls in STEM. How about a half-Vulcan, half-Romulan who was raised by adoptive human parents on Earth? It would be a bold choice—and that’s what Kurtzman and Co. need when they boldly go in 2017.