Sesame Street Is Introducing a Muppet Character With Autism 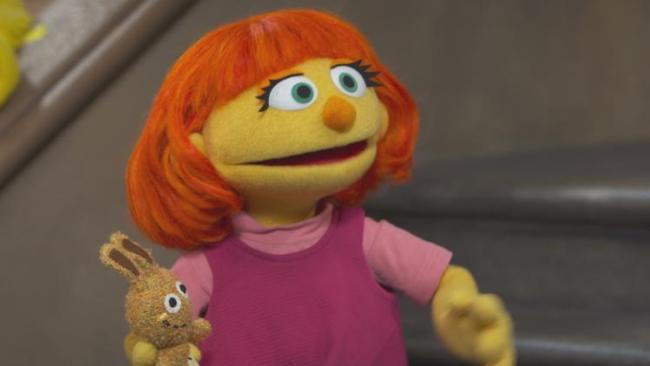 The Muppet, named Julia, isn’t new to the block. She’s been seen in the Sesame Street’s storybooks since 2015. But the inclusion of Julia on the live-action show is important—so much so that she’s making headlines around the world.

Sesame Street’s creatives know that autism is difficult to portray, as it exists on a spectrum, and they did not want to generalize the experience. They worked with autism organizations to settle on which characteristics Julia would display and how to best explain her behavior to the show’s young audience. The L.A. Times reports:

When Julia is introduced on the show in April, she will meet Big Bird and ignore him. When Big Bird worries that Julia doesn’t like him, the other Muppets explain, “She does things just a little differently.” Later in the episode, Julia is jumping up and down excitedly. Quoth the BBC:

Instead of rejecting Julia, the children create a new game in which they all jump around together.

Sesame Street has a long and storied history of teaching kids about social and societal differences with gentle smarts. I trust them in taking steps to ensure a nuanced portrayal of Julia, and can only see this as a big positive going forward. Julia’s puppeteer, Stacey Gordon, whose son has autism, explains Julia’s importance and the impact she could have:

“Had my son’s friends been exposed to his behaviors through something that they had seen on TV before they experienced them in the classroom, they might not have been frightened,” she told 60 Minutes. “They might not have been worried when he cried. They would have known that he plays in a different way and that that’s OK.”

Julia is the perfect example of why it’s so important to fund outlets like PBS, which President Trump’s budget threatens to cut. She, and Sesame Street, still have a lot to teach us.

(via The BBC, LA Times, top image via Sesame Street)