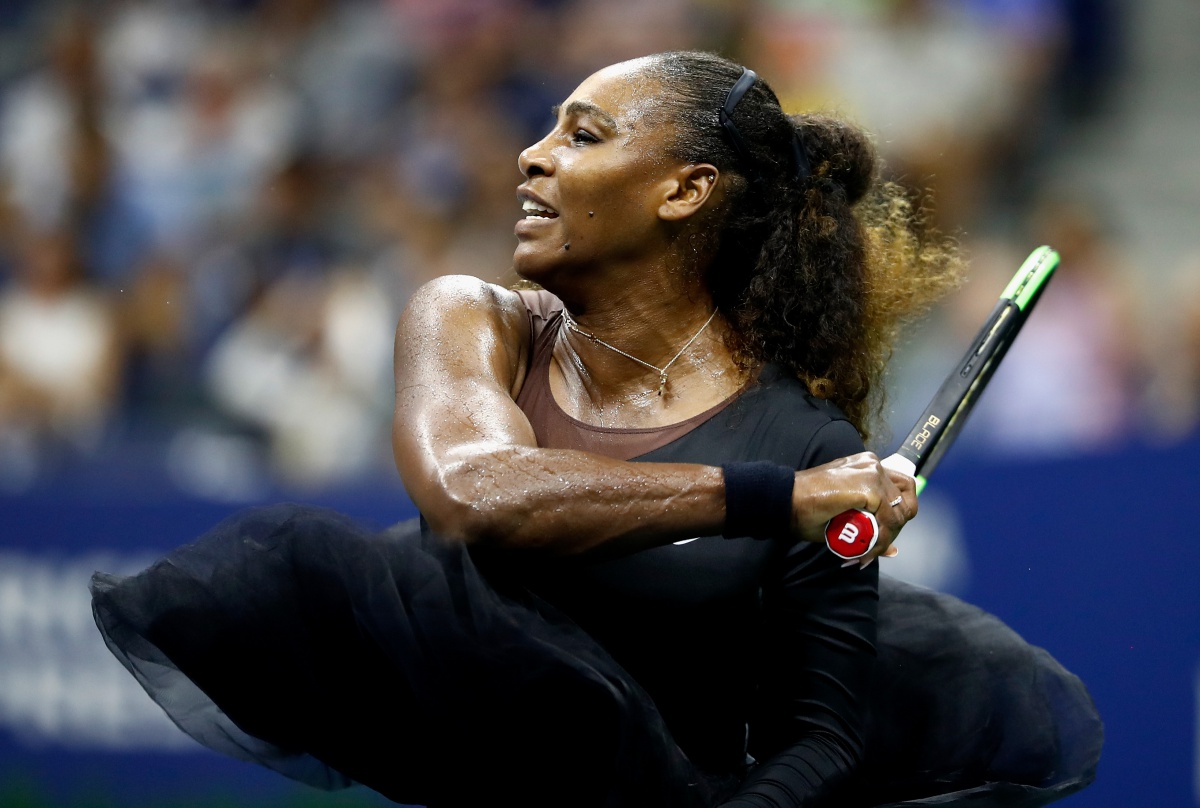 I believe it was Lil’ Kim who once said, “No matter what people say, we got it going on. Who cares about what they think? We are the number one.” That’s what ran through my head as I saw the phenom that is Serena Jameka Williams walk onto the court at the U.S. Open, in a black tutu, looking like a magical girl character from Princess TuTu.

According to HuffPo, Williams wore “a custom-designed tutu by Louis Vuitton designer Virgil Abloh and Nike in her Monday match against Magda Linette. In addition to the tutu, she wore NikeCourt Flare trainers and fishnet compression tights.”

Hey? Everybody? THIS is peak petty, and it is GLORIOUS. 🤣 https://t.co/28SQXPzEVY

French Open: The catsuit is inappropriate and does not meet our oppressive, paternalistic standards of femininity. @serenawilliams: Watch me dominate the court in a tutu. pic.twitter.com/yWaGtz7n5E

Only @serenawilliams can play tennis in fishnets and a tutu. #GOAT

This fashion choice comes on the heels of the French Open making a statement that Serena “I’m the fucking G.O.A.T” Williams will no longer be able to wear her catsuit on the court. The AP reported that “Bernard Giudicelli says the tournament that Williams has won three times is introducing a dress code to regulate players’ uniforms because ‘I think that sometimes we’ve gone too far'” and that “One must respect the game and the place.”

Catsuit anyone? For all the moms out there who had a tough recovery from pregnancy—here you go. If I can do it, so can you. Love you all!! pic.twitter.com/xXb3BKDGNF

Now, for those who think this is just a fashion issue, Williams wore the suit to help to prevent blood clots after she had a pulmonary embolism after giving birth to her daughter. Yes, Serena looks amazing in it because she’s Wonder Woman and has the body of a living deity, but it was done for health reasons, and the “cat-suit” style was inspired by Black Panther. It was way for Williams to protect her body, celebrate her body, and be high-end nerdy about a Marvel movie that offered groundbreaking black female representation.

The policing of women’s bodies must end. The “respect” that’s needed is for the exceptional talent ⁦@serenawilliams⁩ brings to the game. Criticizing what she wears to work is where the true disrespect lies. https://t.co/ioyP9VTCxM

Also, fuck the French open for trying to regulate women’s bodies, because let’s be real, it is Serena Williams’ curves that are being called out here, because what other reason could they have for banning an outfit that covers up Williams’ entire body?

All this ass indeed.

As for playing in a Tutu, Williams said it was “easy to play in” and “aerodynamic,” which means we could possibly see more tutus from Williams, and maybe a full Sailor Moon-inspired outfit or a waterbender Katara-inspired look from Avatar: The Last Airbender. I mean, we know Serena Williams is a nerd, so the possibilities are endless, and she will do so with the grace and dignity that has allowed her to be a champion.