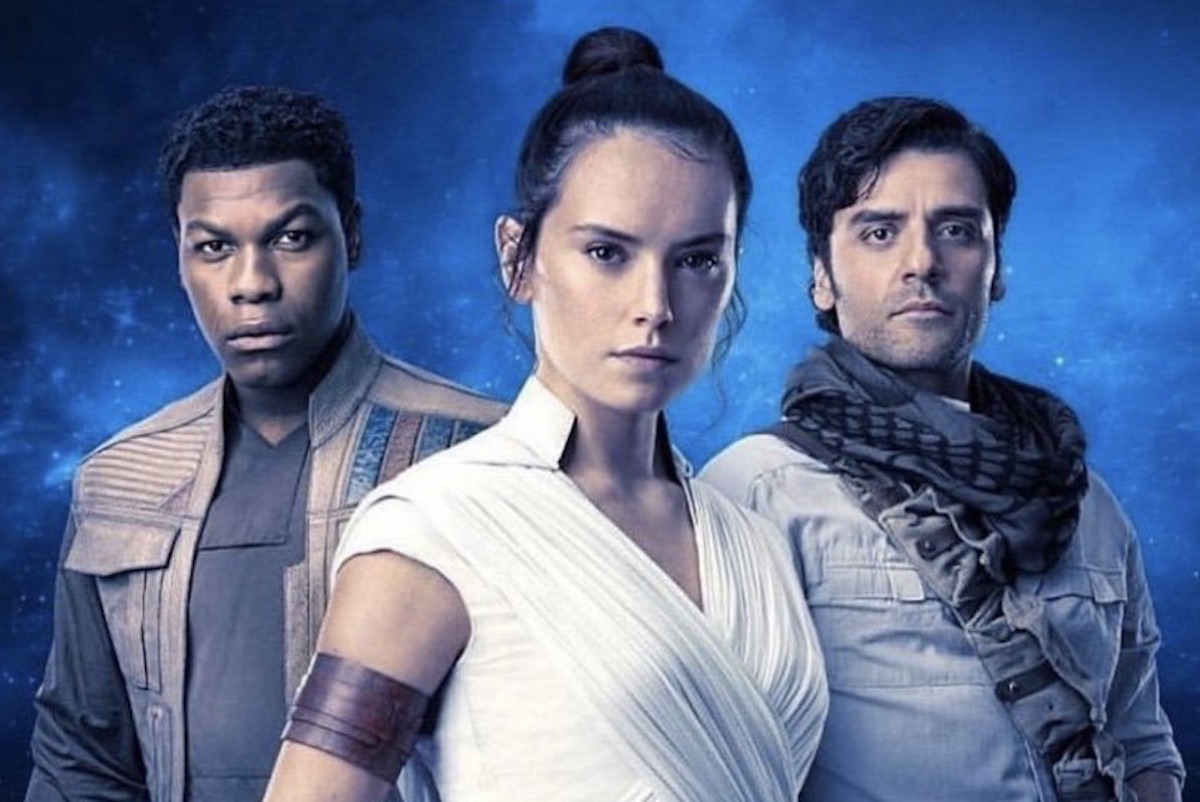 The stars of the Star Wars sequel trilogy, Daisy Ridley, John Boyega, and Oscar Isaac, seem to have zero interest in returning to the Star Wars universe once they are done wrapping everything with Episode IX: The Rise of Skywalker. And honestly, who can blame them.

During an interview with Variety, Boyega, Ridley, and Isaac all stated that, at least for right now, The Rise of Skywalker would likely be the last time Rey, Finn, and Poe Dameron would have an adventure in a galaxy far, far away. The stars have no plans to appear in future Star Wars titles, Disney+ or otherwise.

“You ain’t going to Disney+ me!” Boyega joked during the interview. He did make one little caveat. “As long as Daisy and Oscar are down for it, then I’ll come back.”

Well, are Daisy and Oscar down for it? Not really.

“I don’t know,” Isaac tells Variety. He says that while he would miss the camaraderie he experienced making the trilogy, starting with 2015’s “Star Wars: The Force Awakens,” he sees “The Rise of Skywalker” as “the closing of a chapter of my life.”

“[I’m] happy and feeling fulfilled that the task is complete,” he says. “So I can’t imagine what it would be that would make me want to redo this thing or revisit it.”

Ridley feels the same way. “I just don’t know if anything could top this one, honestly,” she says. “I think it’s just a great story and a great close, and even though obviously the characters continue to exist, it would have to be so extraordinary [to return], and I don’t know if that’s possible.”

Honestly, while I’m sure they are all happy and thankful to be apart of one of the biggest and most important science fiction film series of all time, it hasn’t exactly been an easy ride.

Daisy Ridley was darn near shoved off of social media because of the intense backlash towards her character Rey. Then The Last Jedi brought on a whole new level of vitriol that took advantage of mixed film reactions to further rag on SJWs at the expense of Kelly Marie Tran and Boyega. Plus, as I’ve mentioned before, I don’t think Poe and Finn got to be as well explored as they could have been within the films. Both as characters and romantically. (Sorry J.J. I’m not okay with your LGBTQ teasing b.s., I swear if Reylo happens I’m gonna be in a rage)*

he looks so fucking tired of disney pic.twitter.com/sGqMqFhKfr

I was too young when the prequels came out to really see the intense hatred from fans towards the actors, but just from reading interviews with Ahmed Best, who played Jar-Jar Binks, it is clear that this has been a trend in the Star Wars fandom for a long time. I don’t blame anyone for enjoying the experience, collecting the check, and then just leaving. All the new trilogy stars are very talented and should want to branch out and do different things. Considering they join the ranks of Billy Dee Williams, Harrison Ford, Mark Hamill, Natalie Portman, Ewan McGregor, Samuel L. Jackson, and Carrie Fisher in terms of post-Star Wars success, I’d say the odds are heavily in their favor.

Besides, who knows what the future will hold, even Natalie Portman donned her red Padmé costume for an SNL skit.

(*I do not actually care about the shipping, I am more frustrated that J.J. Abrams and others think that any LGBTQ+ representation needs to be a twist in a movie that we should “tune in to check out.” I’m sorry if we are gonna have Kylo Ren shirtless and him and Rey Force sexting then we should at the very least not have to be begging for Finn and Poe to be a couple when, if one of them was a woman you bet you sweet bippy they’d be a couple.)