How Do You Do, Fellow Kids? Senators Conflicted Over Cardi B | The Mary Sue

Senators Conflicted Over Retweeting Cardi B Is Peak “How Do You Do, Fellow Kids?” Grammy-nominated rapper and part-time socialist philosopher Belcalis Marlenis Almánzar, professionally known as Cardi B, attracted national attention for something beyond her awesome Twerk video and stylish wigs. Cardi took to Instagram stories to address the longest government shutdown in American History and her sympathy for those going to work without pay, in a classically Cardi type of way.

I know a lot of ya do r watch the news so I’m letting ya know shit getting real …..I ain’t going to say nothing much tho I don’t want mofos to off me…..ANYWAYS TWERK VIDEO OUT NOW

“Trump is now ordering federal workers to go back to work without getting paid,” said Cardi, who went on to defend Obama’s shutdown in 2013, noting that it was “for healthcare.” In her signature delivery, she argued, “So your grandma could check her blood pressure and y’all bitches could go check y’all pussy at the gynecologist without no motherf—ing problem. … Our country is in a hellhole right now. All for a f—ing wall. We really need to take this serious.” (via Variety)

As the performer of a song called “Money,” I’m really glad to see this from her. Honestly, one of the things that makes Cardi B such an endearing figure, despite problematic behavior, is that she clearly has the capacity for growth and contains multitudes. The video did so well that two senators, Brian Schatz of Hawaii and Connecticut Sen. Chris Murphy, actually went on Twitter to reveal their conflict over it.

As reported by Buzzfeed News, “Sen. Brian Schatz of Hawaii tweeted, “(Trying to decide whether or not to retweet the Cardi B video). This was followed by a response from Connecticut Sen. Chris Murphy: “Omg, I had the same argument with myself 30 minutes ago!” It really peaked off when Senate Minority Leader Chuck Schumer popped into the timeline of both men, saying, “Are you gonna RT Cardi B or not?”

Ok you do it. And say retweets are not endorsements, especially the language, and I will retweet. 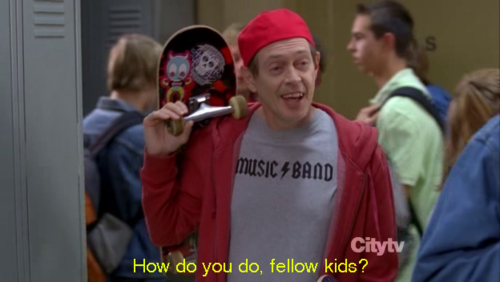 OMG, this entire thread is amazing! Nice job, Cardi B!

So, yeah, @SenSchumer is demanding that someone RT @iamcardib .

I just want to say that I find it really amusing how hung up on language these senators are. In the era of Trump, Cardi B’s language is truly the least of our issues, but we do live in a society where saying “motherfucker” is going to be more damning than, say, an entire political history of supporting white supremacy.

But if you really feel so insecure about cosigning Cardi B, I should remind you that before you drag AOC into it, Cardi already has Bernie’s blessing:

Cardi B is right. If we are really going to make America great we need to strengthen Social Security so that seniors are able to retire with the dignity they deserve. https://t.co/B8cOkoOdLc