Fresh out of F***s to Give, Senator Mazie Hirono Has Harsh Words for Kavanaugh Defenders 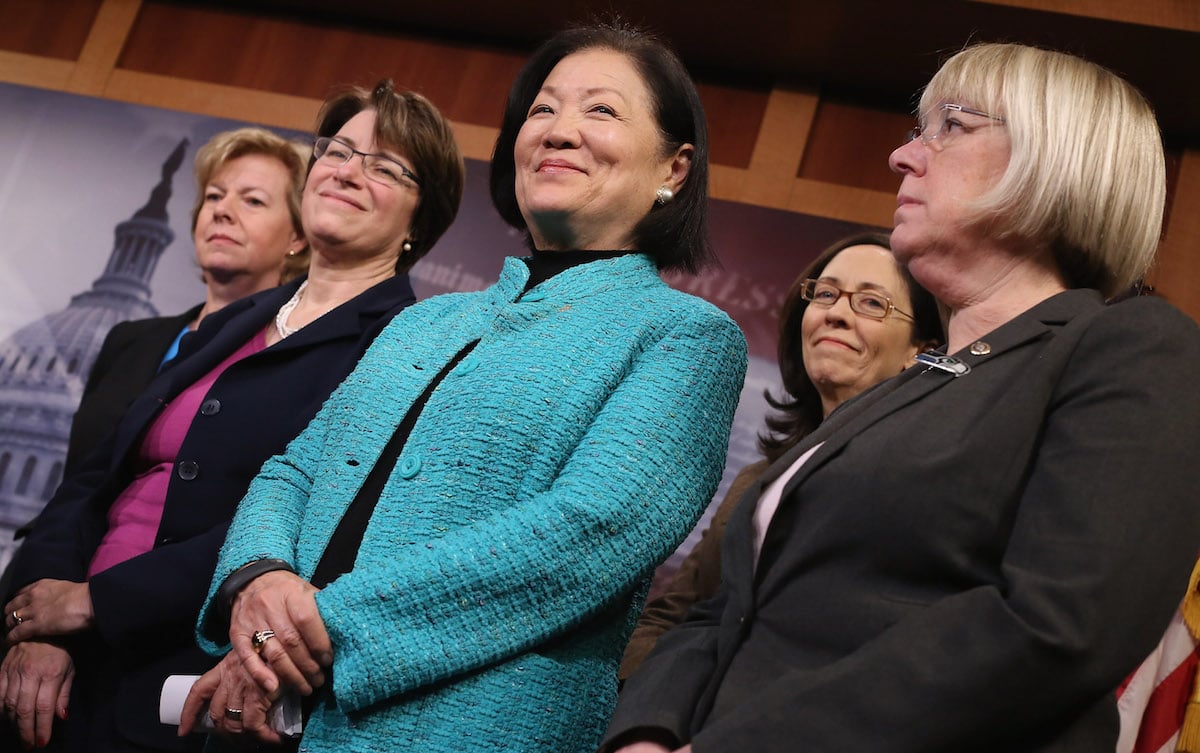 Hawaii’s Mazie Hirono is done with the GOP’s bullshit surrounding Brett Kavanaugh’s Supreme Court nomination hearings, and she has been for a while. She was one of the first senators, along with Cory Booker, Kamala Harris, and others, to release committee confidential documents regarding Kavanaugh’s past emails.

Now, she’s calling out her Republican colleagues for their mistreatment of Dr. Christine Blasey Ford, but she’s not stopping there. In addition speaking out against the “smearing” and “victimizing” of Dr. Ford by fellow senators and the White House, Senator Hirano is calling on the men of the country to do better.

“I expect all of the enlightened men in our country, ’cause there must be millions of men out there who are enlightened, who also will rise up to say we cannot continue the victimization and the smearing of someone like Dr. Ford,” Hirono said. “And you know what, she is under no obligation to participate in the Republican efforts to sweep this whole thing under the rug, to continue this nomination on the fast track and to participate in a smear campaign and basically a railroad job. This is what they did to Anita Hill.”

She also called on members of the press to step up and do their job, and if the Senate Republicans “fast-track” and “railroad” this hearing, “as they have so many other nominations,” she says she expects the press to talk about it. Because so far, most aren’t. There’s such a fear of appearing biased that many outlets won’t report what’s actually happening—at least, not without labeling it an editorial.

Hirano says, “I don’t think that’s editorializing; that’s laying out some facts. I expect that from you guys.”

But the quote that’s making headlines is when she pointed out that the men in the Senate and the White House who are victimizing and railroading Dr. Ford are the same demographic as those who overwhelmingly commit the sort of acts she’s speaking out about.

“I just want to say to the men of this country just shut up and step up. Do the right thing for a change,” Senator Mazie Hirono (D-HI) slams treatment of Supreme Court nominee Brett Kavanaugh’s accuser. pic.twitter.com/ApVKqAc5xz

There are plenty of people and rightwing news outlets calling her words racist and sexist and all the expected nonsense. None of those people have been able to say she’s factually inaccurate, though.

And Sen. Hirono’s not done. She was already fresh out of fucks to give. She’s now at negative fucks.

She told ABC that the committee chair, Sen. Chuck Grassley, sent a letter to the Democrats saying that the Republicans have done everything they can to contact and cooperate with Dr. Ford ahead of her possible testimony. Hirono doesn’t pull any punches in calling that what it is. As she puts it, “That is such bullshit I can hardly stand it.”

Mazie Hirono tells ABC that Chuck Grassley’s claim that Republicans have done everything they can to contact Dr. Ford “is such bullshit I can hardly stand it.” pic.twitter.com/cPUr0EeI0R

Again, I’m sure there are tons of people criticizing her for a lack of decorum or whatever, saying that’s not language befitting a senator. I don’t care. She clearly doesn’t care. What have decorum and polite language gotten the Democrats on this committee so far? More railroading, smearing, and lies from the chairman.

We’ve seen that the GOP has not been doing everything they can to work with Dr. Ford. It’s been the opposite. They’ve been scheduling her testimony without consulting her, making important decisions—like the fact that she’ll have to sit at a table with her alleged attacker and have her testimony televised—without her input. They refuse to recommend reopening the standard FBI investigation that comes with any SCOTUS nomination. Dr. Ford had to move out of her home because of credible threats, and the GOP is preparing as if they’re putting her on trial.

The Republicans are the ones doing all that bullshit. Senator Hirono is just calling it what it is.