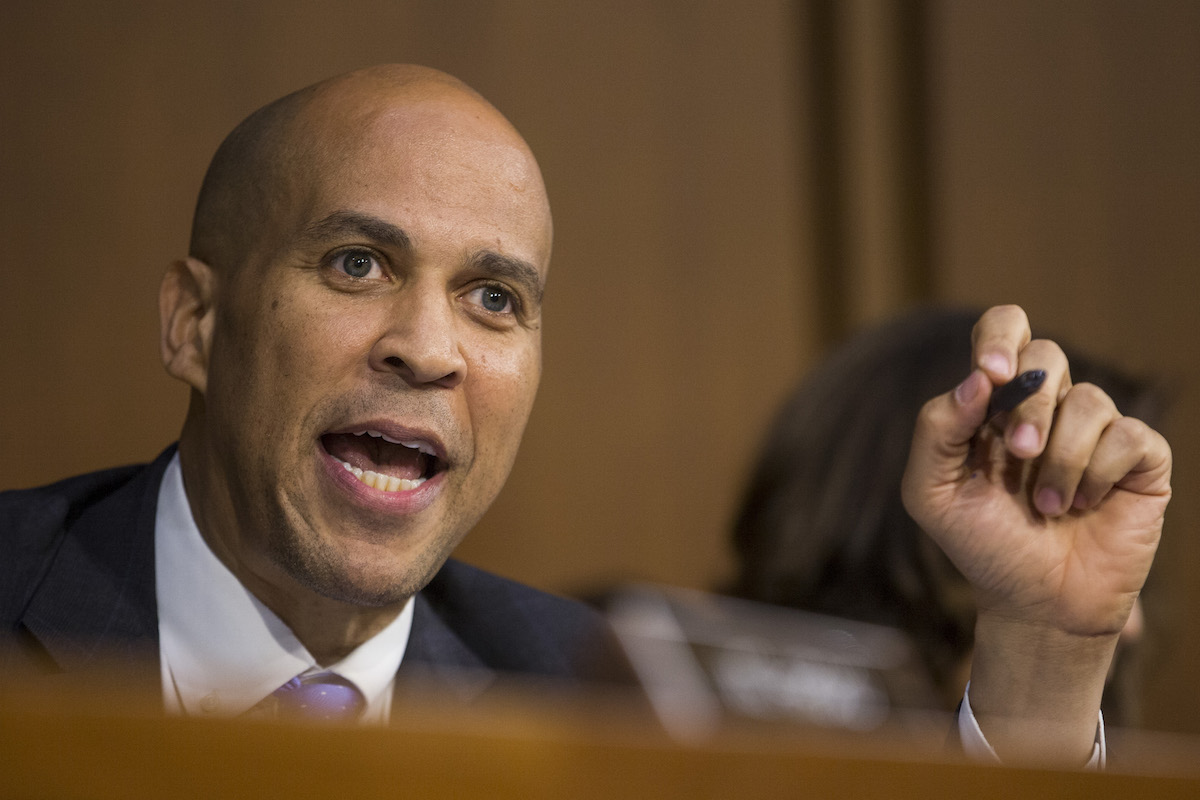 A major issue surrounding Brett Kavanaugh’s potential appointment to the U.S. Supreme Court is the lack of transparency in releasing the records of his public career. Democratic senators have brought this up repeatedly during his confirmation hearing, now in its third day. Kavanaugh released a large number of pages to the committee, but he did so the night before the hearing began, giving the senators nowhere near enough time to review all the documents.

On top of that, there is a large period time–from Kavanaugh’s time as an associate White House counsel in the Bush administration, which he himself has called a “formative” job in shaping his career–from which very few records have been made available to the senators.

Senate Judiciary Chairman Chuck Grassley says that job is unimportant in learning about Kavanaugh’s “legal thinking.” Democrats, including Dianne Feinstein, say the documents are necessary to see how Kavanaugh was involved in “key issues” like torture and warrantless wiretapping.

Yesterday, Senator Patrick Leahy alluded to emails being withheld from the public that might show Kavanaugh perjured himself during 2004 and 2006 Senate hearings.

We have discovered evidence that Judge Kavanaugh misled the Senate during his 2004 and 2006 hearings. Truthfulness under oath is not an optional qualification for a Supreme Court nominee. Watch as I question him here: https://t.co/twNcwl91PR

Leahy said there were emails from Kavanaugh’s time working for the George W. Bush administration that contradicted testimony he gave. The emails in question were apparently a discussion between Democrats over how to question Bush’s judicial nominees, and were stolen by a Republican staffer named Manuel Miranda.

These emails are now labeled committee classified, meaning the senators have access to them but cannot release them to the public. Violation of that confidentiality comes with severe consequences, including expulsion from the Senate.

Leahy asks if Kavanaugh ever got an email from a GOP staffer that references stolen materials.

Kavanaugh asks if Leahy has such an email

Today, the questioning over these confidential emails escalated. Cory Booker questioned Kavanaugh last night about an email relating to racial profiling and his use of the phrase “naked racial set-aside.” Thursday morning, Booker announced that he was going to violate confidentiality and release the email and other confidential documents to the public, even if it means he’s expelled from the Senate.

It was a powerful moment.

Democratic Sen Cory Booker says he will knowingly release confidential documents related to Brett Kavanaugh: “I am going to release the emails about racial profiling and I will understand that the penalty comes with potential ousting from the Senate” https://t.co/w6FoAXdN1x pic.twitter.com/BWp67vIM4d

Several other senators joined with Booker, saying that if he faced consequences, “bring it,” and they would too.

The Judiciary Committee is considering a nominee to serve a lifetime appointment on the highest court in the land. Not releasing or reviewing his full record would be a disservice to the American people. I agree with @CoryBooker. #WhatAreTheyHiding pic.twitter.com/Nfkn0Dvs8d

Yesterday, I referred to a “Committee confidential” document where Judge Kavanaugh questioned the validity of programs that benefit Native Hawaiian programs, and by extension, Alaska Natives. If you’re coming after @SenBooker for releasing these documents, count me in. pic.twitter.com/3SezHKRMft

I stand with my colleagues @CoryBooker and @mazieforhawaii who are helping make sure the American people can see where Kavanaugh really stands on issues instead of allowing relevant documents to be kept secret.

Booker released the documents, which you can read here:

These are the 4 documents marked committee confidential that I brought up in my questioning of Supreme Court nominee Brett Kavanaugh last night –> https://t.co/2RZkY2FS9a

These are the docs Rs don’t want you to see—because they show that Judge Kavanaugh wrongly believes that Native Hawaiian programs are Constitutionally questionable. I defy anyone reading this to be able to conclude that it should be deemed confidential in any way, shape, or form. pic.twitter.com/yj31vDNGia

BREAKING: Brett Kavanaugh was asked in 2004 about whether he was involved in the nomination of Bill Pryor. He said “I was not involved in handling his nomination”

Cory Booker called the decision to break Senate rules and release these documents and act of civil disobedience. Sen. John Cornyn derisively snipped that “running for president is no excuse for violating the rules of the Senate.”

It is true that Booker is thought to be a frontrunner for the 2020 Democratic ticket, and so sure, if he does get expelled from the Senate, that would make that run an easier choice.

But to dismiss Booker’s choice and all he’s risking as a publicity stunt only emphasizes what Democrats are saying: that the Republican senators on this committee are not respecting the process of a SCOTUS appointment and the depth of investigation necessary.

Cory Booker and his fellow Democratic senators are willing to risk their jobs for the process because they believe in the process. Democrats have a (not unfounded) reputation for backing down and letting Republicans bully and steamroll them. These senators are showing the sort of courage as well as the genuine moral compass we wish politicians exhibited all the time.

What you do matters.

What you say matters.

No matter how big the fight

Or inevitable the conclusion seems