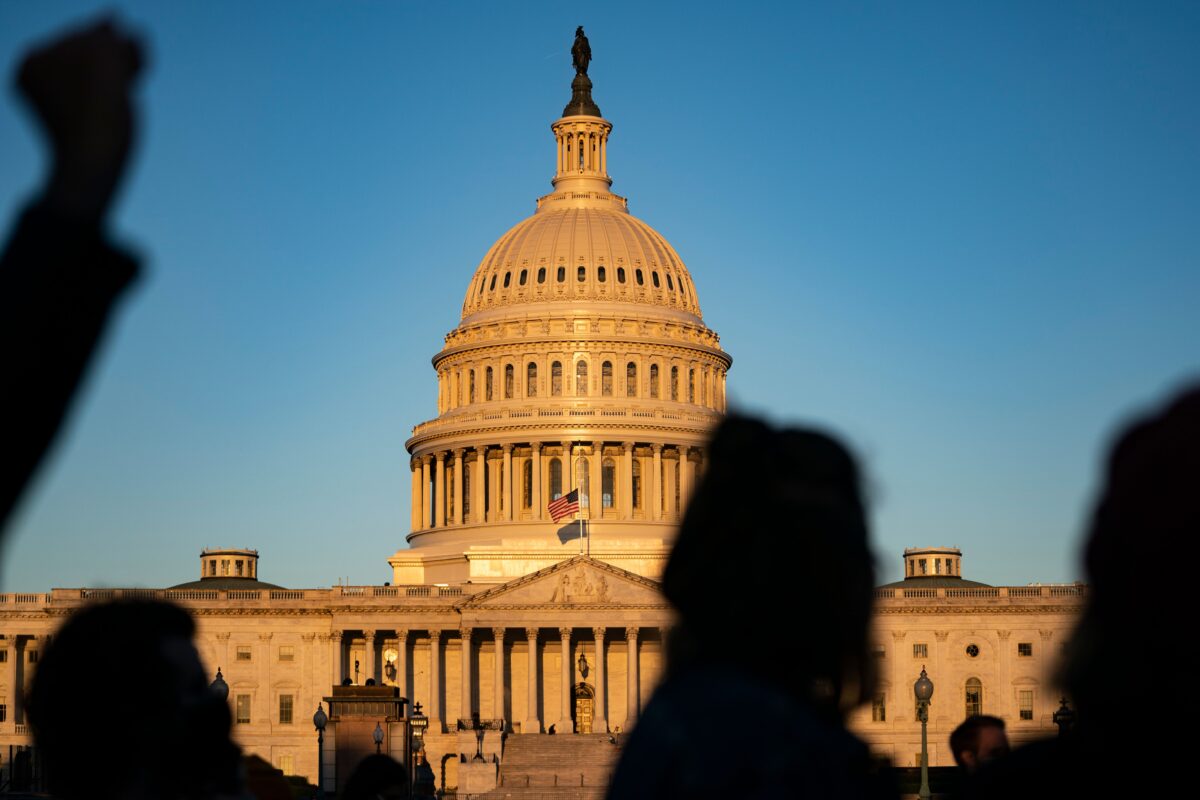 In the wake of Justice Ruth Bader Ginsburg’s death last Friday, Democratic donors and activists have poured record amounts of money into the 2020 campaign, as it becomes even more clear that this election will define our country for generations to come. Senate Majority Leader Mitch McConnell—corrupt, craven, and hypocritical—announced he would proceed with all speed in filling Ginsburg’s seat, even after he swindled Barack Obama out of confirming Merrick Garland nearly a year before the 2016 election.

The death of Justice Ginsburg has only magnified how important it is for the Democrats to retake control of the Senate and send Mitch McConnell back into the Kentucky swamp he crawled out of. McConnell himself is up for reelection this year and there is considerable fervor around his challenger, Amy McGrath. However, McConnell is still polling far ahead of McGrath, which is infuriating.

It’s still not clear if a replacement for RBG will make it to a vote on the Senate floor, but there will very likely be hearings in the Senate Judiciary Committee for any nominee. And lucky for us, many of those committee members are facing hotly contested Senate races, and if they lose, the entire Republican Senate majority could be toast. Here are a few of them.

Lindsey Graham is the Chairman of the Senate Judiciary Committee, so more than anyone, he’ll be to blame for allowing confirmation hearing to begin post-haste when Trump makes a nomination to replace Ginsburg. He has to go.

This race is currently tied according to the most recent polls. Lindsey Graham is, to put it mildly, the biggest hypocrite on the planet. After campaigning against Donald Trump and warning America that if Trump was elected he would destroy us (which was correct), Graham has become one of Trump’s number one bootlickers. We can’t comment on if Trump is holding some not-so-secret blackmail over Lindsey or if he’s just spineless and evil, but he’s terrible either way. Graham had been adamant about not letting Obama fill Scalia’s seat, and said that he would feel the same way in 2020 even with a Republican president, but he’s already backpedaling.

Luckily for us, Jaime Harrison, Grahan’s opponent, is amazing. He rose up from poverty, raised by a single mom, to Yale and Georgetown Law. He’s the exact kind of person we need in the Senate, and firing Lindsay Graham would be incredible.

But Graham is not the only judiciary committee member facing a tough fight for reelection. Joni Ernst, who thought it was a good political move to make fun of her opponent’s dog, is also fighting for her seat and the race is tight. Ernst isn’t just the Cruella DeVil of the senate, she’s generally terrible. She’s repeated debunked Trump lies about the coronavirus and she supported the bogus smears about Joe Biden that Trump got impeached for digging up.

All of these things and more have led to a surprisingly competitive race between Ernst and her challenger, Theresa Greenfield, who was widowed while expecting her second child, and knows how important it is to have support from the state at a difficult time. While Iowa is leaning towards Trump in the election (though not by much) Greenfield is leading Ernst in the polls, and her victory could help flip the Senate back into Democratic hands.

Texas is a swing state this year. It’s true. Trump and Biden are neck and neck in the polls, but the more interesting race is for Senate, between  Republican John Corryn and badass veteran MJ Hegar. Hegar is a tattooed former combat pilot with a strong platform in favor of reproductive rights, immigrants’ rights, and fighting climate change. She’s also got the backing of two of our favorite Texans, Jared Padalecki and Jensen Ackles. We can’t argue with the Winchesters.

Another southern state that has big potential to flip solidly blue this election is North Carolina. Like Hegar, Cal Cunningham is a vet running on a platform of inclusivity and fighting climate change. As Donald Trump has shown again and again that he has no respect for veterans or those actively serving in the military, it’s pretty powerful that so many vets are running to unseat Republicans. Cunningham has been consistently polling ahead of Tillis, who is finishing out his first term as a Senator from North Carolina. This could be a very important pick up for the Dems.

These Senators are going to try to shove a new Supreme Court justice through confirmation hearings in the midst of an election and a pandemic, and we need to show them there are consequences for such hypocrisy and supporting Donald Trump.