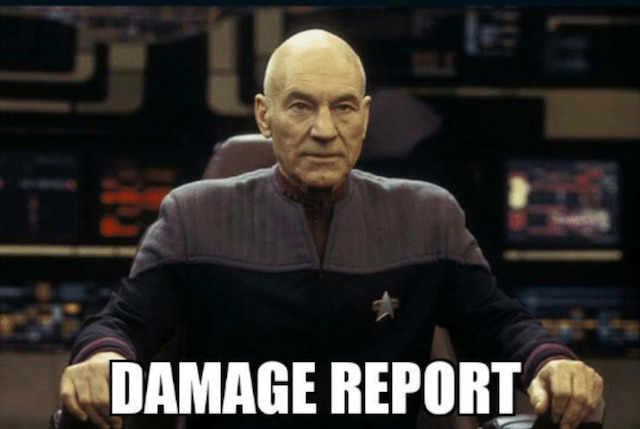 You may have been too distracted with questions like, “Did our president’s campaign collude with Russian operatives?” and, “Will Congress take away my healthcare and replace it with angry bees?” to even bother wondering, “Will the Senate vote to allow Internet providers to sell my private data?” Maybe you weren’t even distracted, and it just seemed too absurd to think about, but it happened!

The Federal Communications Commission had privacy rules set to go into effect that would’ve set up a framework for ISPs to sell user data on an opt-in basis for sensitive information, as well as allowing users to opt-out of the sharing of less important data. The FCC, now under Chairman Ajit Pai during the Trump administration, held up the implementation of those rules, and now the Senate has voted to strike them down with their powers under the Congressional Review Act.

In a letter, Pai told concerned Democratic Senators that he values the privacy of consumers and just wants all companies to play by the same rules, from Google and Facebook to ISPs. He also said, “American consumers should not have to be lawyers or engineers to figure out if their information is protected,” but that rings a little hollow when the case is now that consumers should just assume their information—potentially including health and financial information, information on children, and browsing history—isn’t protected.

The Senate’s 50-48 vote in favor of striking down the privacy rules will go to the House next, but I have trouble imagining House Republicans will do anything to save these rules. The Verge reports that the FCC will then have to craft new privacy rules, which should end thankfully up being similar to the ones just struck down, but still notably lacking in browser history protections.

It could also turn out that Pai really does care about consumer privacy and works something out more in line with his assertion that ISPs should be subject to the same privacy rules as other companies while also making all of our data safer in the process. It could also turn out that we spontaneously evolve into fish people, take to the sea, and never need to worry about this again. You never know.

(via Ars Technica, image via CBS)