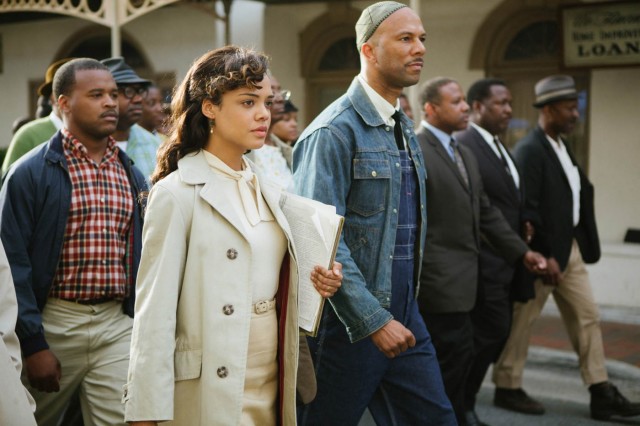 Last week Selma director Ava DuVernay responded via Twitter to a Washington Post op-ed by former domestic affairs chief Joseph A. Califano Jr. critiquing the film’s representation of Lyndon B. Johnson. In an interview published earlier today by Rolling Stone (and recorded three days before Califano’s op-ed was published), DuVernay addresses her portrayal of LBJ in more detail, and explains the need for context and representation in making Selma:

Every filmmaker imbues a movie with their own point of view. The script was the LBJ/King thing, but originally, it was much more slanted to Johnson. I wasn’t interested in making a white-savior movie; I was interested in making a movie centered on the people of Selma. You have to bring in some context for what it was like to live in the racial terrorism that was going on in the deep south at that time. The four little girls have to be there, and then you have to bring in the women. So I started adding women.

This is a dramatization of the events. But what’s important for me as a student of this time in history is to not deify what the president did. Johnson has been hailed as a hero of that time, and he was, but we’re talking about a reluctant hero. He was cajoled and pushed, he was protective of a legacy — he was not doing things out of the goodness of his heart. Does it make it any worse or any better? I don’t think so. History is history and he did do it eventually. But there was some process to it that was important to show.

In her conversation with Rolling Stone, DuVernay also discusses police brutality, the challenges Selma faced in pre-production, and how she feels about possibly becoming the first black woman nominated for a Best Director Oscar:

It’s not important to me […] but I know it’s important to other people. It’s bittersweet, because I’m not the first black woman deserving of it.