Meet My New Girlfriend, Dapper Selina Kyle from the Gotham By Gaslight Movie

IGN has the exclusive first trailer for Gotham by Gaslight, the DC Animated Universe adaptation of Mike Mignola, Brian Augustyn, and P. Craig Russell’s 1989 one-shot. Gotham by Gaslight is one of DC’s “Elseworlds” stories, set outside continuity, and it follows Batman through a Victorian Gotham as he hunts for Jack the Ripper.

Fans of Mignola’s work will be disappointed to find that Warner Brothers hasn’t adapted this story in his signature style, and I’ll admit I’m curious to see how it will work when it’s drawn in the Batman animated series house style. Jack the Ripper is a pretty gruesome subject, and I personally like my Victoriana to feel a bit moodier than the clean lines in this trailer allow for.

Honestly, the trailer overall seems to have a weirdly lurid fascination with female victimhood that I find off-putting in any series, and tonally bewildering in one that’s drawn in this style. A lot of these shots linger on the fear and carnage. It’s possible that they wanted to emphasize the horror for the trailer, but given the track record of these DC animated movies and their female characters, I’m a bit worried.

However, I have to admit that I kind of want to watch it for this fancy-cravat-and-top-hat vision of Catwoman. I do love the idea of expanding her role in this mystery, especially since Jack the Ripper specifically targeted women. Bruce Wayne white-knighting his way through sensationalized scenes of violence against women? Nope. Selina Kyle hunting down a murderous misogynist in a top hat? Yes. 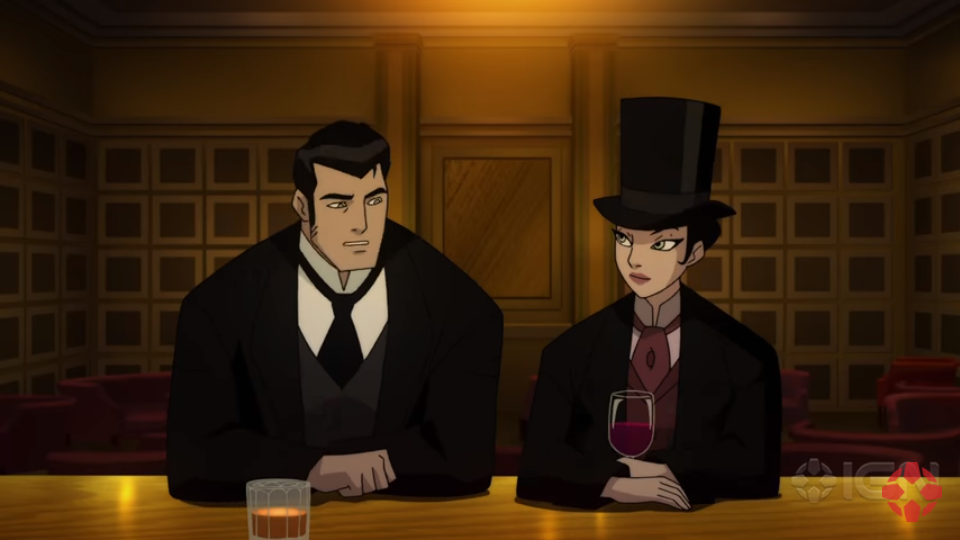 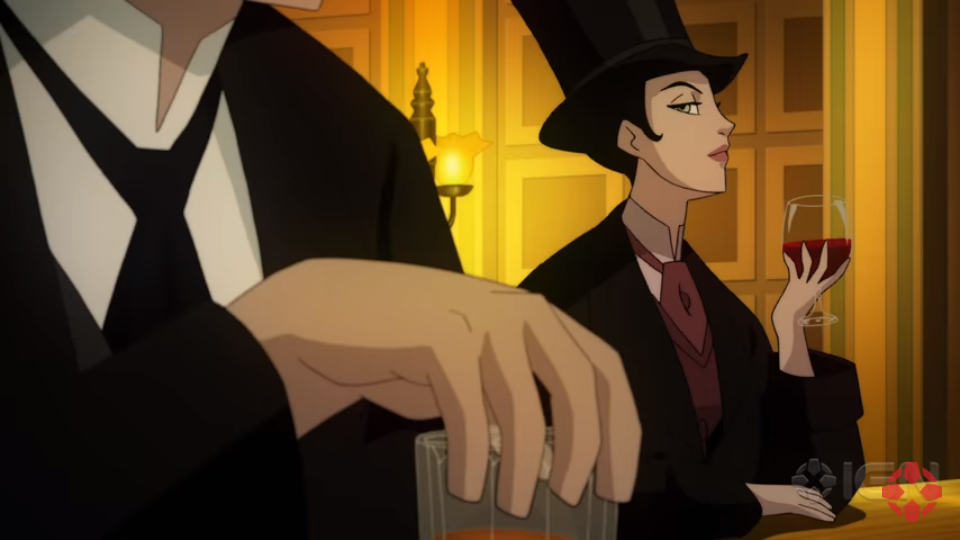 It looks like she switches into a traditional Victorian-lady getup later on, but I have to give this character design props for the way it draws on Selina’s newly discovered love of tuxedos and suits post-New 52, and the way it makes me far more interested in checking out this movie.

In a sneak preview video released back in August, writer James Krieg said, “I think it was important to have Selina be a proactive investigator, trying to protect the women of Gotham City.” Here’s hoping they make good on that idea.

What’d you all think of the trailer?

(Via io9 and IGN; image via screengrab)