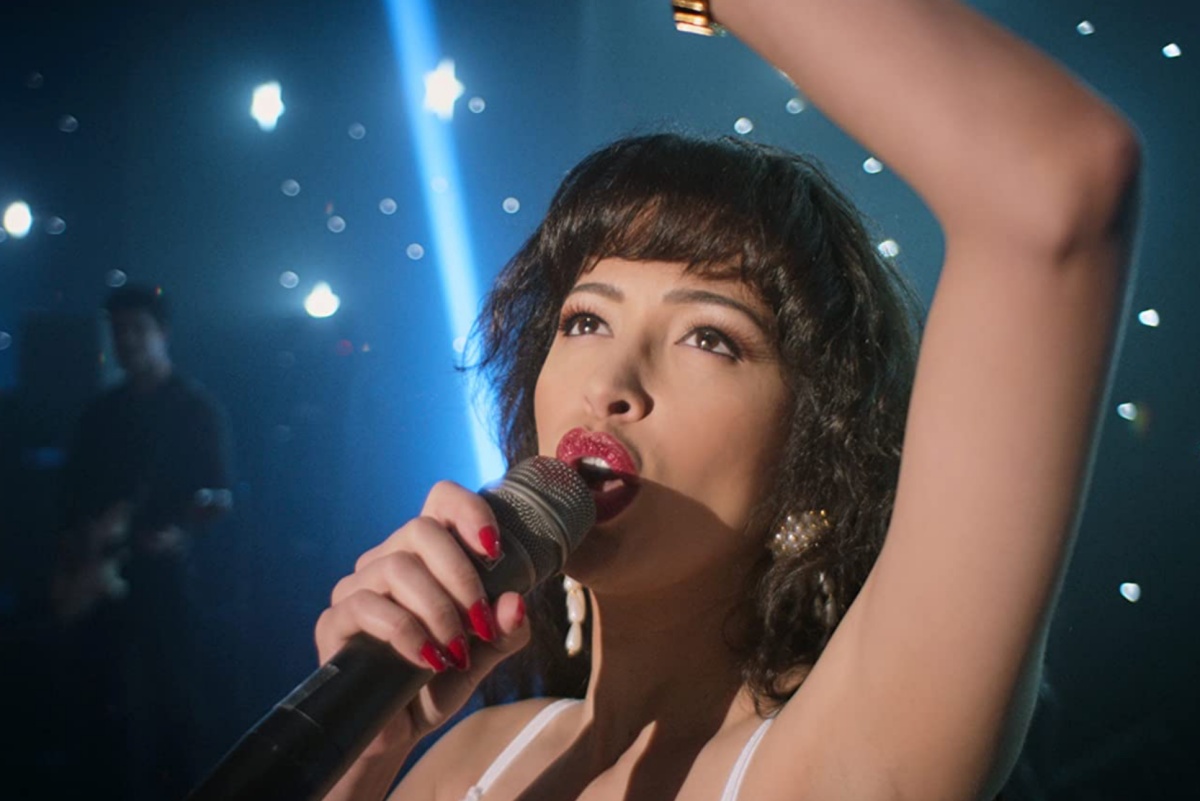 Selena is an important, groundbreaking figure in music and Mexican American culture, which means that any adaptation of her life is going to attract some scrutiny. As a non-Mexican and non-Latinx woman, while I was excited about the series, there were certain choices, especially when it came to the casting of the lead, that gave me pause. Still, I was hopeful—until the reviews came out.

There has been criticism of everything from the wigs and the styling of iconic outfits to the way actress Christian Serratos comes of as a whitewashed version of Selena, due to her lighter skin and lack of the prominent mestiza features that made Selena so important to so many.

Kate Sánchez wrote in her review of the series:

“While I try not to critique looks when it comes to actors and the roles they’re portraying, Serrato’s transformation into Selena and her casting itself must be pointed out because it removes much of Selena’s ethnic features and essentially calms her aesthetic to the point that she fades into the background of every scene. Effectively, by choosing to thin this version of Selena down, and to choose a lighter-skinned actress, the series whitewashes Selena to makes her more in line with a beauty standard that privileges whiteness and discards anything remotely Latina. It detaches her from her Mexican American identity and the physical features we see in ourselves. This version of Selena conforms to a beauty standard by not accurately representing her voice, her speech, and her loud energetic presence.”

Vice‘s Alex Zaragoza and Suzy Exposito from LA Times shared their frustrations about how Selena’s lack of autonomy was seemingly glamourized in the show:

My girl Suzy is so right. We’re raised from birth restricted from personal freedom in every way, from our hair to our sexuality to our careers to our clothes. I fought hard against to have control over my life. It’s hard seeing Selena’s lack of freedom portrayed as a virtue. https://t.co/DPaVDKYiRq

Finished watching the Selena series and I am just… heartbroken. Heartbroken for her and for so many Latinas who grow up surveilled, controlled and put to work by their families until the very end. #FreeSelena

Still, what most reviews touch on is the clear way in which the series does not actually seem to really bring more to the story of Selena.

As I sat down to watch Selena: The Series, even with my own semi-limited knowledge of the singer, the first thing that I noticed was the complete lack of budget when it came to some of the outfits. Coming from some of the same people who worked on GLOW, it was jarring to me how the same effort didn’t seem to be put in when it came to Selena’s wardrobe.

It’s okay to want to highlight the awkward years of an artist, but can we get some wigs with texture, for Hera’s sake? We can be awkward while still having ethnic hair texture of higher quality than a shake-and-go wig.

Sadly, the problems with Selena are things that are seen in a number of biopics, especially of figures who died tragically before their time: manipulation of their image, the commodification of their legacy, and whitewashing of their ethnicity, if it can be done. When that fails, someone who is half their ethnicity is chosen.

Serrato was put in a position that is unenviable, and I don’t think she is bad in the series. I just think she was miscast, and nothing about the series helps to elevate it beyond subpar Selena cosplay.

It is a tragedy because biopics are often one of the ways we get access to the stories of trailblazing POC, and so often, they are done with all of the gravitas of a lower-tier Lifetime movie. If Selena: The Series connects with people, it will be in spite of all of its failings, and that is because of the legacy and impact of the real Selena.

For those who watched, what did you think of Selena: The Series?