Tumblr, pay attention: Sebastian Stan, who made everyone lose their damn minds in The Winter Soldier and then leveraged his popularity to secure roles in exactly one weird-sounding indie sports comedy, is finally going to be in another (non-Marvel) movie that you’ll actually be able to see on the big screen. Even better: the amazing, Oscar-nominated Chiwetel Ejiofor (who, unlike Stan, is actually in things), has been added to the cast as well. Which movie is it that will have all this attractive?

That would be Ridley Scott’s The Martian, starring Matt Damon as an astronaut stranded on Mars. Here, via IMDB, is the cast: 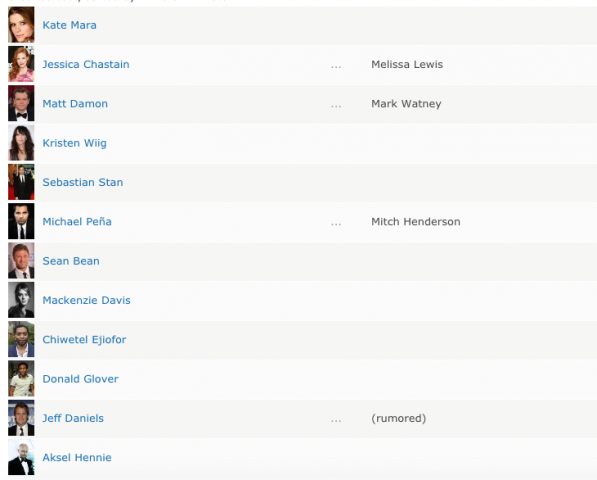 Holy. Damn. Guys, I know we’re all pissed at Scott because of Whitewashing: The Movie, but this cast. This fucking cast. Ejiofor and Stan and Damon and Chastain and Bean and Peña and Mara and Donald Glover and Kristen Wiig for some fucking reason?! EW, for what it’s worth, is reporting Daniels as a sure thing.

Everything about me is ready.