As a potentially sketchy king! 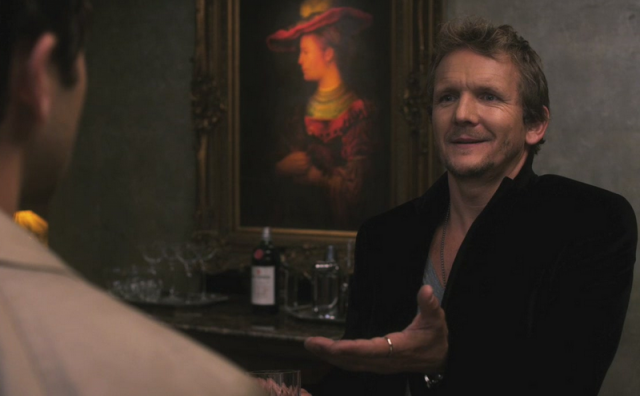 Looks like Once Upon A Time is getting another potentially skeevy ruler. Sebastian Roché will be appearing in an upcoming episode, guest starring as Aurora’s father, King Stefan.

Roché’s one of those actors who is casually everywhere, a la Mark Sheppard. He played Thomas Jerome Newton in eight episodes of Fringe and appeared on Supernatural (alongside Sheppard) as the hedonistic angel Balthazar. Other credits include Criminal Minds, General Hospital, Scandal, and the role of Mikael on Vampire Diaries and The Originals.

Given his history as an actor — not to mention Once Upon A Time‘s constant reliance on Evil kings and queens, or at least ones whose motives are frequently un-pure  — I’m going to go ahead and assume that Aurora’s pop is something other than unconditionally loving and kind.

You’ll likely first see his character appear in March — at least with his Roché face on, sometimes they sneak OUAT characters in there through other means.

In only somewhat related news, Sheppard has not yet appeared on Once Upon A Time. You know he’s only waiting for his chance, though.

Now please commence your Supernatural/Once Upon A Time crossover headcanons.

Once Upon a TimeSebastian Roche