Many angry fans, however, disagree. 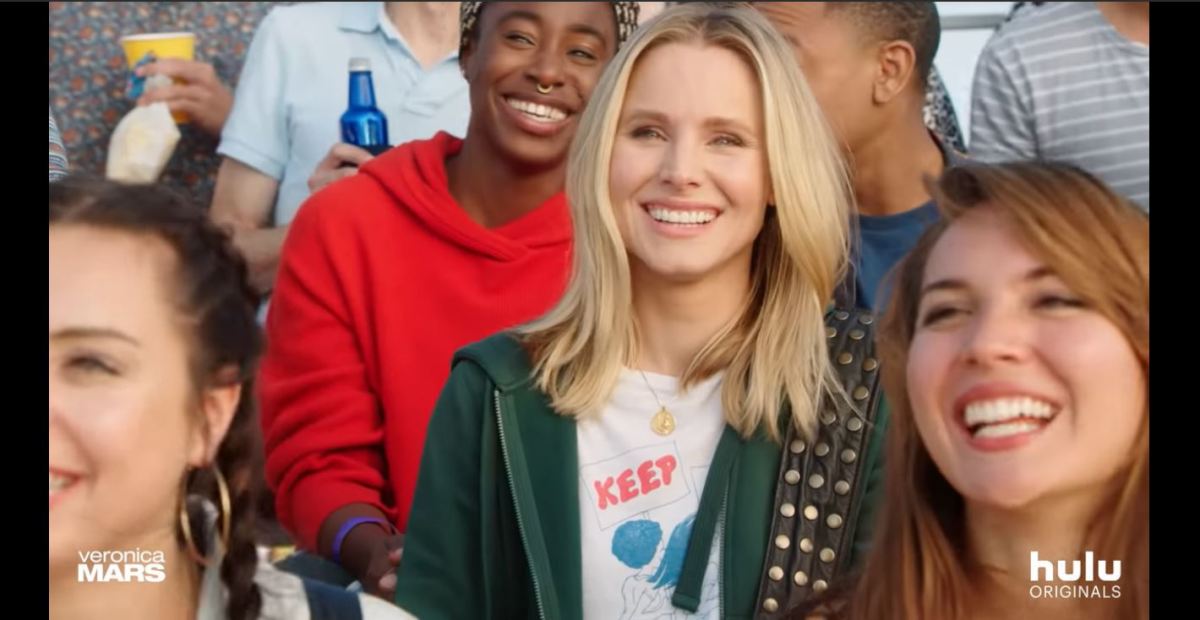 SPOILER ALERT: This post discusses ALL the events of the season finale of Veronica Mars.

The fourth season of Veronica Mars dropped a week early on Hulu, thanks to a surprise announcement from the cast at San Diego Comic Con. This left die-hard fans and con attendees scrambling to binge the series before it was spoiled on social media. But once fans burned through the eight episode miniseries, they quickly took to the interwebs to share their anger and disappointment over the final moments of the season finale.

Season four of Veronica Mars gave us a grown up, gritter take on its title character and the sleazy town of Neptune, CA. This is partly thanks to its new home on Hulu, which allowed the former network series to feature more cursing, more sex, and more violence (you wouldn’t see this many severed heads on UPN).

The terrific season followed Veronica (Kristen Bell), now working as a P.I. with her father Keith (Enrico Colantoni, best TV dad of all time IMHO), as they investigate a series of bombings targeting spring breakers in Neptune, CA. As she unravels the mystery, Veronica also struggles in her personal life after long-time love Logan Echolls (Jason Dohring) proposes marriage in the first episode.

No seriously, MAJOR spoilers to follow. You’ve been warned.

It’s a devastating loss for fans of the show, and shippers of LoVe who saw their OTP finally tie the knot only for the happy ending to be ripped out from under them. Many angry fans blasted the finale online, announcing they were finished with the series and that creator Rob Thomas had ruined their show.

Logan Echolls has been a core part of the series since its inception, and his trajectory from spoiled bad boy to emotionally evolved Naval intelligence officer has been one of the biggest character transformations in the series. It’s a huge arc, made all the larger in contrast to Veronica’s arrested development. Both characters have endured trauma, but while Logan has taken the steps to unpack and understand his wounds, Veronica remains stubbornly unwilling to change. She even makes fun of him for seeking therapy and refuses to join him for couples counseling.

Veronica has always been a character who refuses to be defined by her trauma, which includes rape, the murder of her best friend, and alienation from her peers, but it is nevertheless an integral part of her personality. She has spent a lifetime on stakeouts, dutifully photographing various infidelities and criminal behavior. She’s a cynic, and rightly so. Her relationship with Logan has often been toxic and tumultuous, something she misses once Logan grows out of that phase. She longs for the jealous, hot-headed version of him, and seems perplexed by the calmer, gentler man he has become.

Yet despite the toxicity and complications in their relationship, fans desperately wanted a happy ending for the couple. But while that ending would satisfy shippers, it would negate the underlying themes and genre of the series. Veronica Mars is and always has been a noir tale. And as such, it has trafficked in classic film noir themes like the loss of innocence, a troubled anti-hero, the dark underbelly of a city, and a pervasive sense of fatalistic dread and cynicism. There are no happy endings in film noir, and there is especially no fan service to found in the genre.

This newer, more mature Veronica Mars makes narrative and emotional sense. Now out of high school and well into her 30s, the stakes have to be higher, with Veronica taking on a Mexican drug cartel and a serial bomber as opposed to say, a dog kidnapper or a teen cheating on his finals. And while the series still maintains its snappy dialogue and humor, there is a dark undercurrent running throughout.

Series creator Rob Thomas said of the controversial death, “It’s just hard to imagine a detective show with a 35-year-old woman with a boyfriend. I just don’t want to write that. I love Jason Dohring and I love everything he’s brought to the show. I’m sure I will work with Jason again at some point in my career. But I feel like for this show to work as a detective show, it has to be with Veronica as a single woman.”

From a storytelling perspective, it makes sense: Logan spends much of the season on the sidelines, with little to do. There is more crackle and narrative tension between Veronica and Leo (Max Greenfield) as they work together to solve the case. And it’s a nice reversal to see a female protagonist afraid of commitment and settling down. As Thomas says, “We often see stories of men in their thirties, sometimes even forties, struggling with putting away childish things. It’s the story of men afraid of commitment, marriage, kids, mortgage, settling down. I thought it would be interesting to see Veronica struggling with an addiction for adventure, for the unknown. To not be settled down or confined by things.”

The finale ends with a time jump to a year later, where Veronica is moving on from her loss. She’s making strides, even seeing Logan’s therapist, and sets off for a vacation away from Neptune. It’s unclear whether or not Hulu will bring back the series for a fifth season, but I hope they do. There is still plenty of mystery, adventure, and evolution in store for Veronica Mars.