Season 2 of Hanna Expands Its World With Violent Results

The kinetic thriller is the perfect binge-watch for the holiday weekend. 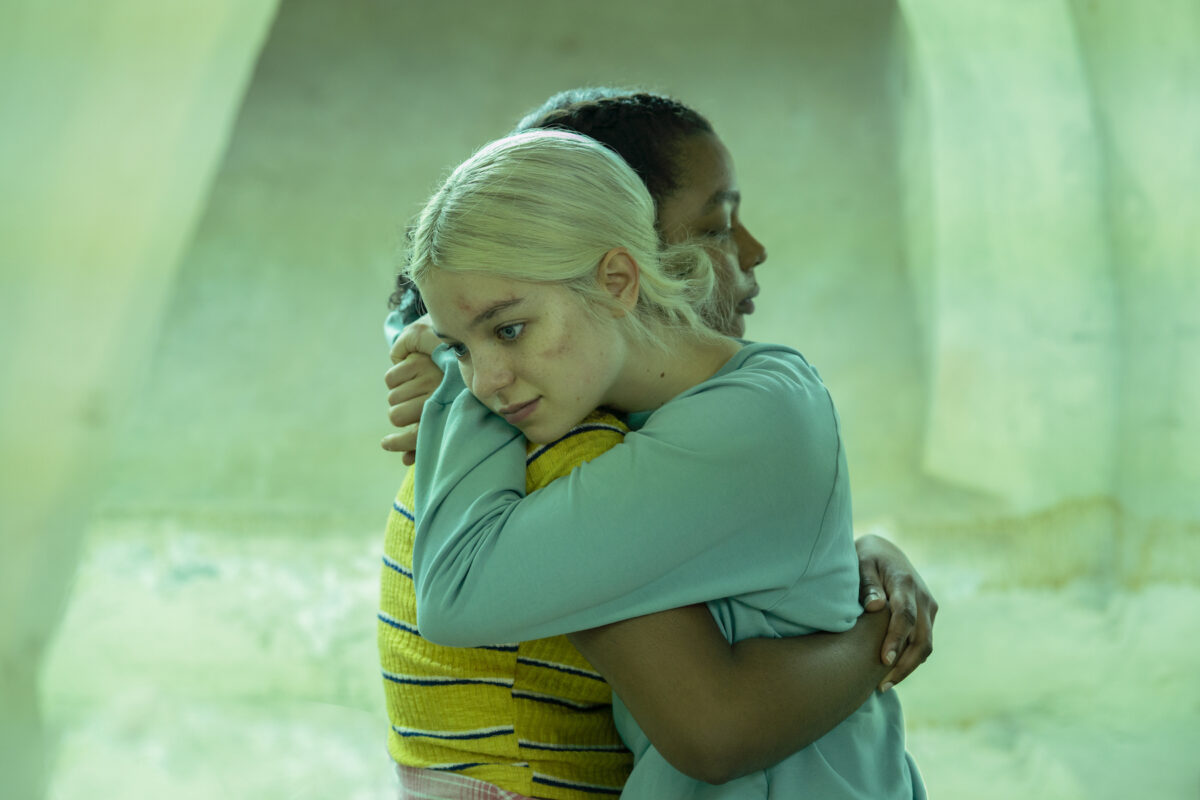 SPOILER ALERT: This post discusses plot events from seasons 1 and 2.

The summer of endless content continues with the return of one of Amazon’s best original series, Hanna. The first season, an adaptation of the 2011 Joe Wright film starring Saoirse Ronan, Cate Blanchett and Eric Bana, revisited many of the story beats of the film. Hanna (Esmé Creed-Miles), is raised in complete isolation in the Romanian forest, where she is trained in combat and survival by her father Erik (Joel Kinnaman), who has kept her hidden from the CIA and tenacious agent Marissa Wiegler (Mirielle Enos).

The first season saw Hanna branch out from the forest and enter the real world, where she learned that Erik rescued her from Utrax, a covert CIA operation that raised genetically enhanced girls to be unquestioning assassins. Season one ended with Hanna trying to liberate the girls, but only succeeding in rescuing Clara (Yasmin Monet Prince).

Season two picks up right where the first season left off, as Hanna and Clara return to the forest to train while Hanna processes the death of her father. But as Hanna tries to train protect Clara, she cannot keep her from the allure of the outside world and the search for her mother. When Clara is recaptured by Utrax, Hanna goes to rescue her, with an assist from unlikely ally Marissa.

Much of the action takes place at The Meadows, a training facility/finishing school designed to integrate the girls into the real world. No longer numbers in matching uniforms, the girls are given names, clothes, and fully formed identities complete with fake families, boyfriends, and pets. They receive mission instructions and guidance via messaging apps with their “mothers”, orchestrated by Terri Miller (Cherrelle Skeete), a rising CIA agent.

Some girls like Sandy (Áine Rose Daly) become fully immersed in their new identities, clinging to the only sense of family they’ve ever known. These manufactured identities speak to something deeper and unsettling about the performative aspects of social media, as well as the exploration and adoption of female identity. Sandy is given a corn-fed Christian Midwest backstory, while another girl, Jules (Gianna Kiehl), is given a rebellious queer identity.

But these facsimiles of girlhood are nothing more than manipulations by Utrax and its smarmy head John Carmichael (Dermot Mulroney). It’s faux girl power enthusiasm and individuality carefully curated by the CIA. As the season goes on, Hanna must decide whether these sisters in arms are her family or her enemy.

The season is anchored by strong performances, especially by Creed-Miles, Prince, and Enos. The action scenes are as exciting and kinetic as ever, but the show struggles with pacing and hitting the same story beats repeatedly with diminishing results. Season 2 also spends more time on plot machinations and less on character development, to its detriment.

Much of the fun of season one was seeing the isolated and awkward Hanna experiencing life as a teenage girl: making friends, kissing boys, and experiencing the culture shock of a teen assassin dropped into normal life. That is largely ignored in this season, as Hanna spends much of her time scheming and fighting her way through every encounter.

But despite these issues, Hanna remains an entertaining, propulsive series. It’s also a fascinating exploration of girlhood and coming of age that never demeans or exploits its cast of characters. While sex and sexuality is a standard weapon for female assassins and spies in pop culture, Hanna wisely avoids these tropes. It’s a refreshing change of pace for the genre that makes Hanna a uniquely engaging take on the spy thriller.

Both seasons of Hanna are available now on Amazon Prime.