We’re Stuck With Sean Spicer for the Saddest, Most Obvious Reason

Dance for the people's enjoyment, Spicer! 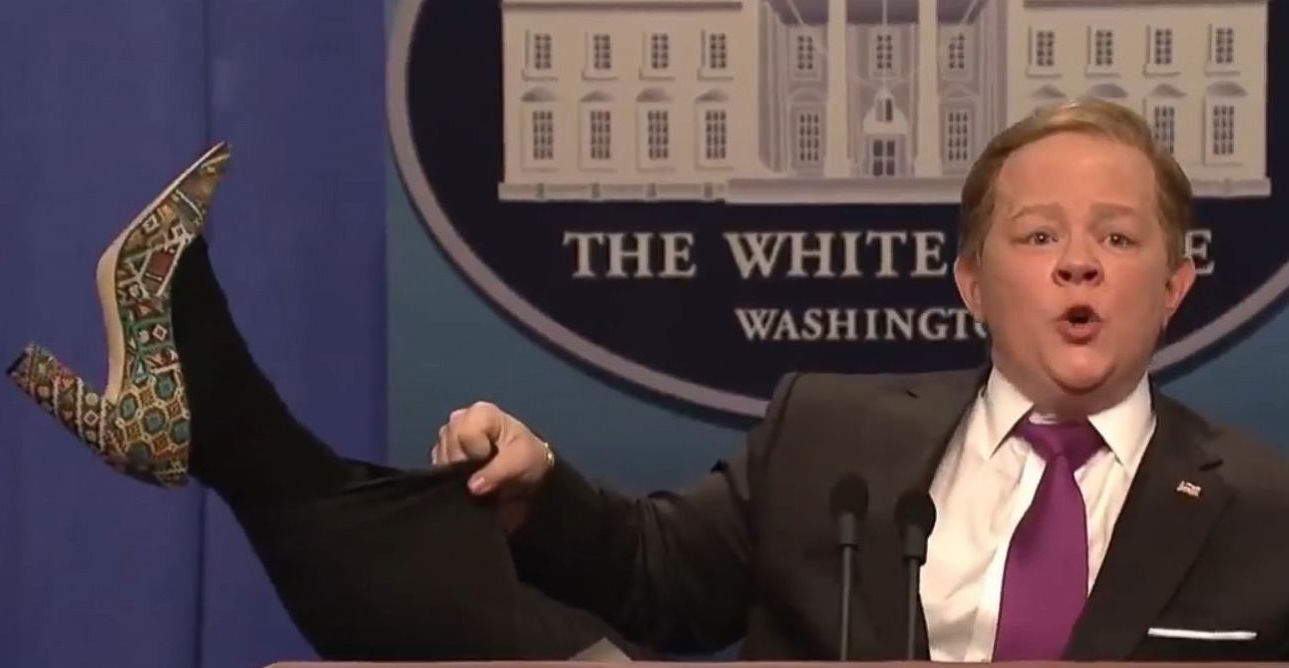 Seemingly everyone has asked, “How could Sean Spicer not have gotten fired yet?” on a near-daily basis ever since he gave his first press briefing as White House press secretary.

Melissa McCarthy’s Saturday Night Live impression of him (pictured above) has eclipsed even their regular Donald Trump sketches, which is impressive when you consider that man is essentially a walking caricature in real life. He caught a bunch of (deserved) backlash for not only saying that Adolf Hitler didn’t sink to using chemical weapons, but also for trying to mitigate that statement by seemingly differentiating between “innocent” people, one’s “own people,” and Holocaust victims. (Breaking character a bit, Spicer actually apologized for those remarks, so I hope no one’s come here to defend him on it—not even Sean Spicer is defending Sean Spicer on that one.)

It has not been a smooth ride for Spicer so far, but the reason we’re going to be stuck with him for the foreseeable future is even sadder than watching the subtle, dawning realization on his face that he’s just written an SNL sketch every time he says something stupid. It’s also impressively, on-the-nose Trumpian, as Trump himself told The Washington Post, ““I’m not firing Sean Spicer. That guy gets great ratings. Everyone tunes in.”

… Yeah, that fits. With everything we know about Trump and how the election went down, it’s incredibly unsurprising that he’s more than happy to keep a joke of a press secretary on board because we all keep watching. After all, Trump wouldn’t say or do 90% of the things he does if he were worried about being caught in a lie or looking foolish, so why would he care when Spicer puts them both in those very situations?

On the contrary, Trump’s clearly enjoying the whole thing while Spicer sweats and stammers and scolds his way through his press briefings. Trump says a bunch of nonsense things, and Spicer floundering helplessly in front of the media about it gives Trump all the attention he craves. He doesn’t care who Spicer’s comments offend—just that people heard those comments. Trump would probably set him on fire at the podium as long as people would keep watching. Spicer’s practically his court jester, and we’re all stuck watching along, forcing out a few laughs at his expense as the only way to keep our spirits up.