Hey Browncoats, That Comic-Con Firefly Reunion Panel Will be Televised 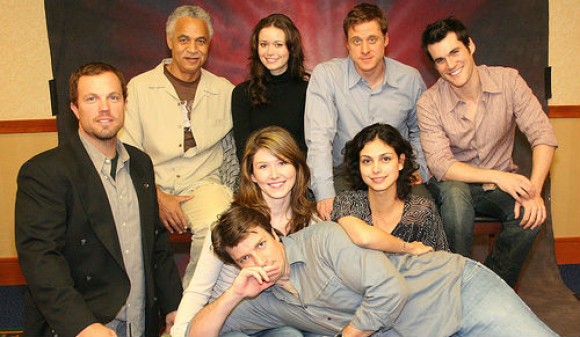 We mentioned earlier some of the awesome things all us sad not-at-Comic-Con folks will be missing. Well, now you can be marginally less sad! Because it turns out that that Firefly reunion? It’s being filmed. And not just on some grainy flip-cam with sub=par quality so you can half-watch it on youtube later (although we’re sure that’s happening, too). Nope, it’s gonna be on real television, with some more good stuff alongside it.

The panel, which will be moderated by Entertainment Weekly‘s Jeff Jensen, will air as part of a one-hour Science Channel special called Browncoats Unite. The panel will serve as a sort of ten-year anniversary marker for Firefly (ugh we’re old and we’re all going to die soon, etc), and will feature the following people: Executive producers Joss Whedon and Tim Minear, writer Jose Molina, and actors  Nathan Fillion, Adam Baldwin, Alan Tudyk, and Summer Glau.

But even though just listing all those names made us sad once again that we are not in line for that panel right now, the treatment it’s getting for TV still excites us. The special itself doesn’t air until November 11th, but immediately post-panel its panelists are being wrangled into a roundtable to be aired exclusively with Browncoats Unite. It is said that this particular portion will include “promises to unearth defining memories and first-person accounts of making the show from both sides of the camera,” as well as more personal behind-the-scenes memories.

Firefly is certainly one of the most enduringly missed TV shows of all time, bringing up not only nostalgia but deep regret from all who love it that it didn’t last for fifty years, but rather for only eleven episodes and a movie. With that kind of lasting devotion, any new quote from a cast member or creator regarding the show is often treated with intense analysis, love,  laughs, and reboot-rumors. So hooray for SDCC and the Science Channel for providing us with even more.