Horrifying: Character Descriptions For MTV’s Scream Series Have Been Released 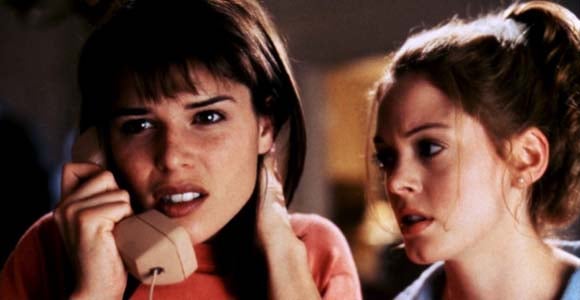 We first heard about this project back in June of 2012. We later found out Jay Beattie and Dan Dworkin (Revenge) were attached to write. Then there was the strange revelation the supernatural might play a role in the series based on very real, very evil people. Odds are, the Scream television show is going to be nothing like the Wes Craven films. However, we finally have an idea of what kind of characters they’re looking to cast.

The show’s main characters, whose ethnicities are still to be determined, will include:

* Harper Duval: A 16-year-old beauty “who’s a little too introverted and intellectual to be a social butterfly” but has nevertheless been annointed by the popular crowd to be one of their own. “She feels guilty that she has drifted away from former best friend Audrey,” but at least she’s got a Gilmore Girls-esque relationship with mom Maggie to keep her sane.

* Audrey Jesen: Haper’s former BFF is described as “the bi-curious daughter of a Lutheran pastor” who’s “more arresting-looking than pretty.” This “artsy loner” dreams of being a filmmaker and shares a close bond with tech genius Noah.

* Noah Foster: Audrey’s closest confidante is “creative, brilliant and tech-savvy enough to be the next Steve Jobs.” Lucky for him, he’s got a great sense of humor (“a la John Cusack in his teen prime”) that helps him navigate the halls of his high school. What’s more, Noah possesses “an encyclopedic knowledge of books, films, TV, apps, etc.”

* Margaret “Maggie” Duval: Harper’s mom, in her early to mid-40s, is the town’s medical examiner, “a grown-up science geek who plays down her beauty.” Maggie spends a lot of her time trying to make up for the fact that Harper’s dad abandoned them. Oh, and she’s harboring “a dark secret from her past.”

I don’t know, maybe I just have a problem with Hollywood-speak in general (I thought the words used to describe a young Bruce Wayne for Gotham were odd) but “the bi-curious daughter of a Lutheran pastor,” “artsy loner,” and “science geek who plays down her beauty,” all made me groan audibly.

TV Line also says the pilot is being written by Jill Blotevogel (Ravenswood, Eureka), and “kicks off with a YouTube video going viral, which will have adverse repercussions for teenager Audrey and seemingly serve as the ‘catalyst for a murder that opens up a window to [her] town’s troubled past.'”

Personally, I’m a big Scream fan so I’ll be keeping a close eye on this project. The last film in the franchise, Scream 4, was actually pretty good in my opinion. It updated the idea for a more modern audience while keeping the spirit of the original. Let’s hope MTV sticks with the clever and at least considers the “rules.”