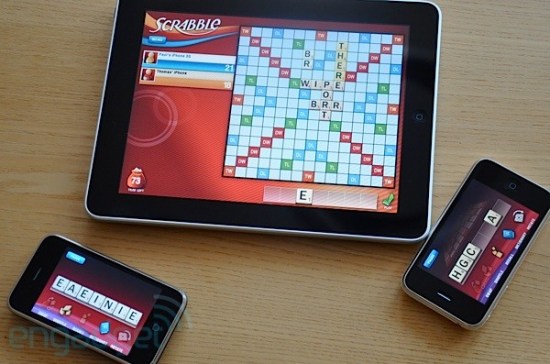 I’m a fairly serious competitive Scrabble player (no, really), which is why I was seriously freaked out to read this morning that Mattel was changing the rules of the game for the first time in 62 years to allow proper nouns like “Jay-Z” and “Shakira” as playable words. The story has been enthusiastically picked up by British media outlets, including The Telegraph, the Daily Mail, and BBC News.

This would be a nightmare for a number of reasons, not least of which would be deciding which nouns are “proper”: Which brands, celebrities, and acronyms are “big” enough that they warrant dictionary entries? Does “TomKat,” for Tom Cruise and Katie Holmes’ annoyingly portmanteaued relationship, work? Is “Bennifer” still valid even though Ben Affleck and Jennifer Lopez have since broken up? All of which raises another point: Scrabble as we know it would become really dumb.

Fortunately, we got in touch with a Mattel rep, and he confirmed that the rumors of a Scrabble rule change making the rounds in the British press are wildly overblown.
Philip Nelkon, a representative for Mattel and a legendary Scrabble player in his own right, told us that the proposed rule changes applied to a family-oriented new variant on the game, but that classic Scrabble would continue to exist as it currently does, with no changes to the rules or the dictionary.

[The British press] refers to a new edition of the classic game that introduces new twists on the classic rules. One of the new rules includes the opportunity for players to play proper nouns and there are others included such as playing a word backwards or stealing opponent’s tiles, introducing new dimensions of play. The new rules provide a great new opportunity for families to get involved in word play.

The new game will appear later in the year, the classic game will still be available and will not change.

Interestingly, despite all of the “outrage!” stories popping up about the largely made-up Scrabble rule change, some of the more photographically-memoried expert-level Scrabble players might actually welcome such a change, as it would give them more words to memorize and thus more tools with which to trounce their competition: With an expanded dictionary, there would be an expanded number of better optimum plays in many positions.

For instance, there’s currently no 7-letter word containing the letters AAHIKRS, but if “SHAKIRA” was a playable word, if you had those seven letters on your rack, you could play them all off and get the 50-point bonus that comes with playing off all of your letters. Under the current Scrabble dictionary, you can only make a so-called “bingo” with AAHIKRS if there’s an open T on the board, in which case you can play KITHARAS, which is the plural of KITHARA, which is listed by the Official Scrabble Players’ Dictionary as an alternate spelling for “cithara,” which is an ancient Greek musical instrument.

Of course, there’s an argument to be made that a game that allows the alternate spellings of ancient Greek musical instruments but ignores the names of popular modern-day musicians is a little bit out of rhythm with the times — which is why, while I hold my nose a little at the new family friendly variant, it’s not the worst thing in the world. People who see the game as a light diversion may play the new ‘relaxed’ version (though I suspect that classic Scrabble will continue to outsell it), and players who take the real game at all seriously will continue to play that. It’s just a relief that not everybody is being dragged down into the same, celebrity-obsessed pit.