When I finally started watching Teen Wolf, it was in the heyday of Tumblr, with the show already partway into its second season. I’d seen the stream of gifs of a ship called “Sterek,” and after hearing people say, “This reboot of Teen Wolf is actually pretty solid,” I decided to give it a chance, and I really liked it.

However, in all the gifs and images I’d seen about how awesome Teen Wolf is, one character got overlooked: Scott McCall.

Scott was basically Captain America, but instead of super soldier serum, he got lycanthropy. I mean, check the transcript. Before transformation, he was a weaker, asthmatic adorable kid with a noble heart. After transformation, he was stronger, faster, better, and still a puppy. He falls in love with a beautiful, tough-ass brunette, and his best friend turns evil due to mind control, and Scott never gives up on him.

But where Scott best embodied those qualities most was in his ideals. Scott, throughout the show, had the highest and strongest morals, values, and ideals of any character, save for his own mother.

For Scott, these powers, and the responsibility of being true Alpha, means standing up for the little guy, showing heroism, justice, compassion, and kindness through leading by example and not just brute strength. Despite his power and the fact that he will act to save his friends, he will always look for a peaceful solution, believing that everyone can be saved in some way. He embodies everything we want in a young male hero. Yet, he was not the character who the fandom came around and propped up. 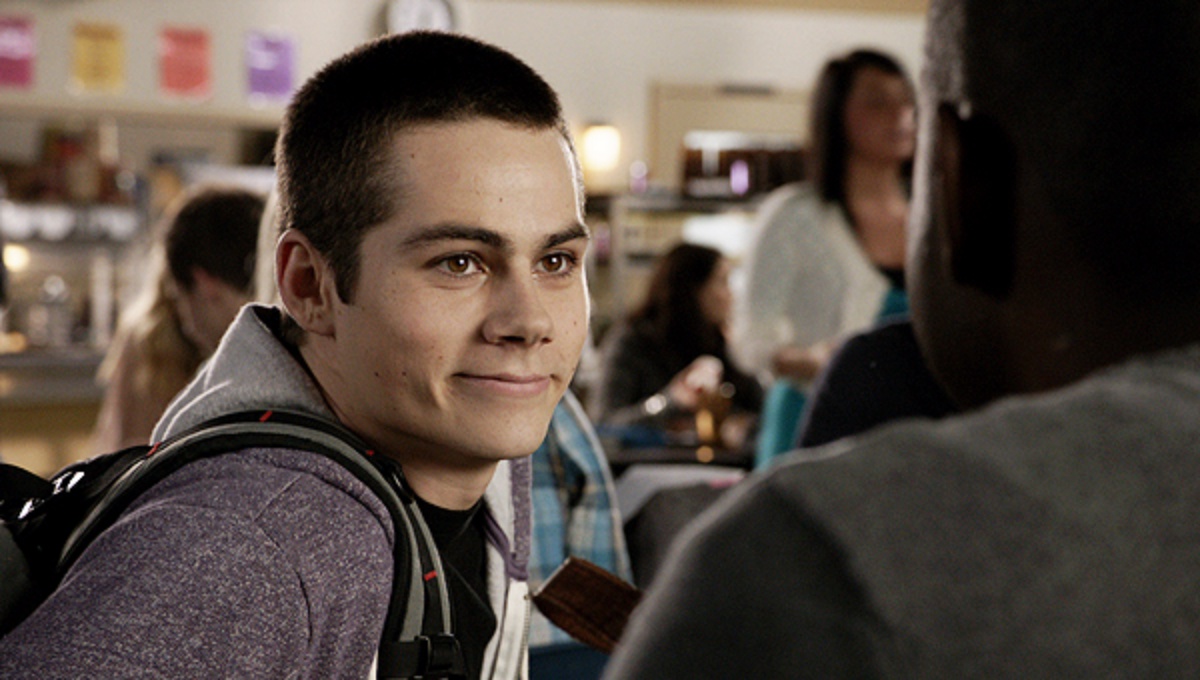 Now, I’m not here to shade Stiles or his fans, because Stiles is an adorable character—mostly—nor do I want to make this Tyler Posey vs. Dylan O’Brien, because it isn’t the actors who are responsible for this; it’s fandom—fandom and the way it asks for diversity but continues to prop up white characters who do the same thing as literally so many others, while ignoring leading characters of color, especially when they are altruistic.

Altruism, nobility, and heroism are often looked upon as boring traits, but it’s often forgotten how hard it is to be like that in a dark world. That’s why characters like that are necessary. Yes, I love a snarky, stabby person like Wynonna Earp, but there are times when you need a bucket of kittens as your protagonist, like Usagi.

There is power in kindness, and there is especially power in who you present as being the heart and source of that heroism. How often do we have a Mexican teenager as the symbol of ultimate goodness and leadership on a supernatural series?

Latinx representation has risen slightly, but only because Latinx writers and executives have been creating that change, and it still does not match the growing population in the United States. Additionally, for most of our media presentation of Latinx people, they are portrayed criminals or maids.

This is why I always want to make people aware that just because certain tropes or characters are maybe overdone for white characters, that doesn’t make it so for characters of color. Gwen, played by Angel Coulby from BBC’s Merlin, will always be important to me because black women don’t get to be the soft damsel-in-distress Queens from Medieval period dramas. For us, that is a new way of seeing ourselves in television and film that we don’t get every day, and it’s special when we do have it.

What I am saying is that if, in pop culture fandom, we talk about our longing for men of color to get non-stereotypical roles in media, and that we want non-toxic role models for young boys, and we get that in a character who is a sensitive, caring (and frankly more queer-coded than Stiles ever was) Mexican teen, but we still give all our attention, meta, and fan art to the white sidekick, that’s a problem.

It goes beyond taste and preference; it’s about actively devaluing another character that we are actively asking for by uplifting a character who fulfills no actual needed representation. In the end, Stiles was never anything that fandom desperately wanted him to be and was rewarded for his low-key stalking of Lydia. Don’t even get me started on that damn Nogitsune storyline that went on for five-thousand years.

Scott was the right lead for the show and a really sweet character, and I wish that, while the show was on, people had given him the love he deserved. After all … he is the prettiest girl in school.