Scott Kelly Grew and Got Younger in Space | The Mary Sue 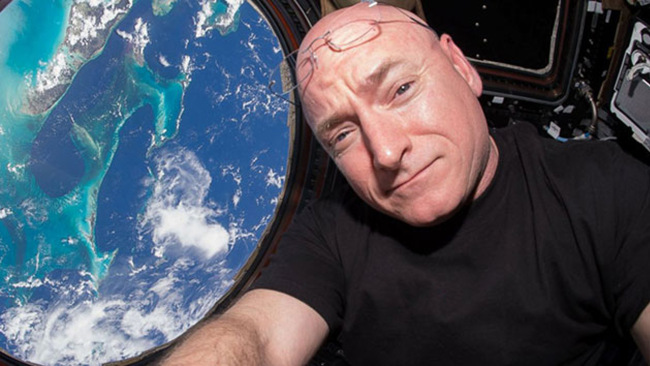 When you’re in space, weird stuff happens. Your earthling body isn’t quite used to growing and living up in a space station, and it has to adapt to cope with its suddenly majorly different environment. Astronaut Scott Kelly, who returned a few days ago from spending just under a year on the International Space Station has had substantial changes occur within his body over the prolonged period of time he’s spent up there.

For starters: he’s grown about two inches. Without gravity, the discs in your spinal column expand, lending you some height while you’re up in space. This fringe benefit is offset by the fact that your bones might now be very, very brittle, as they haven’t had to bear any weight over a long period of time. Kelly’s health is going to be monitored over the next year, as part of research to see what kind of toll the long trip to Mars takes on the human body.

There’s another “benefit” he’s acquired aside from increased height: according to Neil deGrasse Tyson, he’s aged slower than humans on Earth. You can catch Tyson’s full explanation over on HuffPo, but basically: it’s because of relativity.

Welcome back to Earth, Scott Kelly. After a year in orbit, Relativity says you’re 1/100 sec younger than you’d otherwise be.

Kind of fascinating to think about, isn’t it? Fitness has a completely different meaning in space, apparently. Same with age.