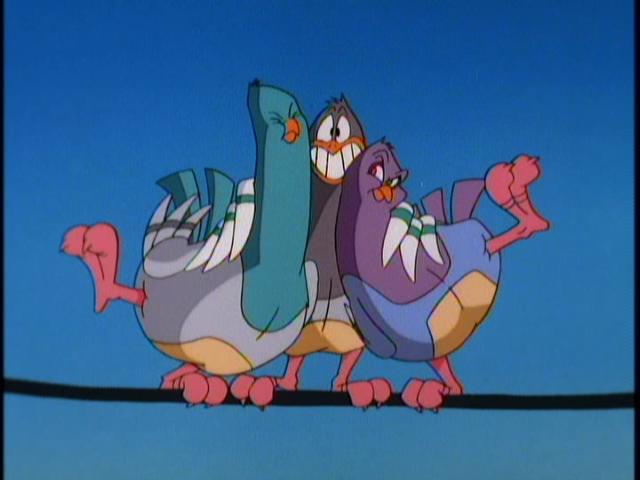 Are you a lonely princess who needs a hand with some housework? A precocious child in the Australian outback looking for adventure? A hard-working wizard with last minute travel plans? A spaceship commander with an open attitude towards relationships between humans and aliens, particularly justice-hungry former cops with sexy-sounding voice actors? Science has a solution for you: make friends with birds.

Just don’t expect them to stick around.

Researchers Josh Firth and Ben Sheldon recently published a paper on their efforts to see if human restrictions on one aspect of wild birds’ social structures could have an effect on their social behavior at other times. What was the restriction? Well, basically they gave all the birds lunch table seating assignments. Really. After acclimating a group of wild birds to the existence of several bird feeders full of sunflower seeds, they removed the feeders and replaced them with several locked feeders whose doors would only open for some of the birds.

The scientists had banded the birds with transponder anklets, and each bird had a randomly assigned numerical ID. Antennae on the locked feeders read these tags as the birds alit. At each site, one feeder in the pair would open its door only for birds with odd-numbered tags. The other opened only for even-numbered ones.

The birds, which were used to eating sunflower seeds wherever they wanted, could now eat only at certain feeders. And no matter which other birds they’d hung around in the past, now they dined with other odd-numbered or even-numbered individuals.

To see whether these enforced social groups would bleed over into the birds’ activities at other times, Firth and Sheldon also set up unlocked feeders in other locations, and found that flocks would maintain a strong bias one way or the other, mostly odd-numbered birds or even-numbered birds rather than the random mix that existed before they’d introduced the locked feeders. Birds who were made to eat together at the locked feeders continued to eat together at the unlocked feeders, and even checked out nesting sites together. The researchers are not certain what causes this correlation, but have some ideas. Eating could be the foundation of bird social groups. Or, birds could simply prefer to stick around birds they’ve seen before or recently, rather than hanging out with strangers.

But much like kids with assigned seating who are let out for recess, as soon as the locked feeders were removed, the birds in their group switched back to diverse groups of both even and odd numbers. Three months of forced social groups evaporated in less than a week. So the next time somebody asks you why they couldn’t just take the eagles to Moria, and you’re not feeling up to explaining that the eagles are a fully sentient race of beings with their own monarchy and political interests, point them to this study.