Science Confirms What the Vikings Repeatedly Told Us: Women Were Warriors, Too 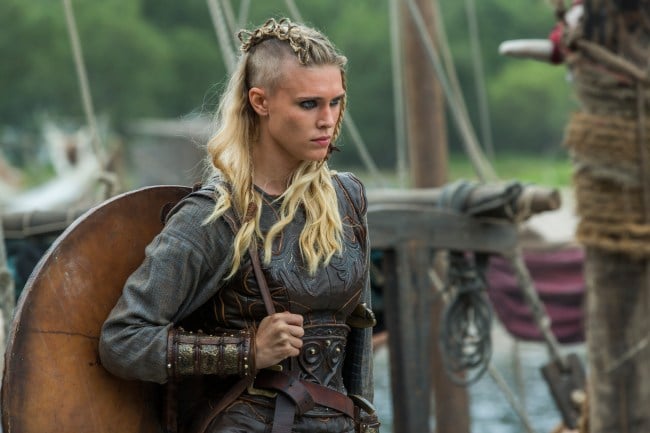 The authors of the paper, published in The American Journal of Physical Anthropology (impact factor 2.824), are interpreting this warrior as a woman based on the surrounding cultural evidence. As they wrote, “Already in the early middle ages, there were narratives about fierce female Vikings fighting alongside men. Although continuously reoccurring in art as well as in poetry, the women warriors have generally been dismissed as mythological phenomena.”

They point out that, despite repeated evidence suggesting that women served as fighters, the scientific community resisted this interpretation for years. (Seriously, this whole paper is a giant side eye to institutional sexism.) When the body in this paper was originally identified as a woman based on osteological (bone) evidence, the resistance was strong enough to necessitate the DNA analysis performed here.

“Though some Viking women buried with weapons are known, a female warrior of this importance has never been determined and Viking scholars have been reluctant to acknowledge the agency of women with weapons,” explains the paper.

“Similar associations of women buried with weapons have been dismissed,” the authors continue, “arguing that the armaments could have been heirlooms, carriers of symbolic meaning or grave goods reflecting the status and role of the family rather than the individual. Male individuals in burials with a similar material record are not questioned in the same way.”

It’s important to acknowledge that this grave is quite unique, and that there haven’t been very many women found buried this way, but that doesn’t make it any less real. This female warrior died with a pretty impressive spread, buried alongside grave goods that include “a sword, an axe, a spear, armour-piercing arrows, a battle knife, two shields, and two horses, one mare and one stallion; thus, the complete equipment of a professional warrior” as well as “a full set of gaming pieces [which] indicates knowledge of tactics and strategy, stressing the buried individual’s role as a high-ranking officer.”

From the global cities of the Renaissance to the multiracial Roman Empire, the more we understand about past cultures, the more multifaceted and complex they start to look. As the researchers themselves write in their paper: “This study shows how the combination of ancient genomics, isotope analyses and archaeology can contribute to the rewriting of our understanding of social organization concerning gender, mobility and occupation patterns in past societies.”

As we continue to learn more about the past, may we hopefully come to recognize that women, queer people, and people of color have always been here: contributing, thriving – and, sometimes, wasting our enemies and getting buried with a mighty stash of grave goods.

(Via Gizmodo and The American Journal of Physical Anthropology; image via MGM Television)