Why We Grow Emotionally Attached to Celebrities | The Mary Sue

Behind Faves: Why We Grow Emotionally Attached to Celebrities 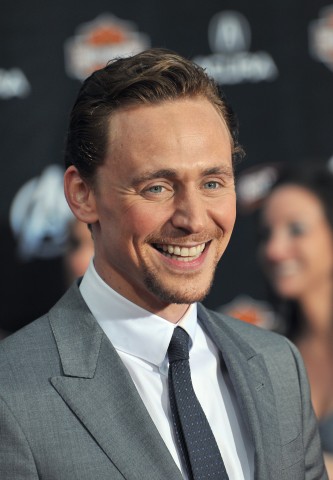 Earlier this week I wrote about Why We Get Attached to Fictional Characters, wherein I touched on some of our subconscious, psychological motivations for developing an intense emotional bond with a character in our favorite book or TV show. There’s another element to this that was actually the impetus behind writing that article and it doesn’t involve “unreal” characters— but real people. Celebrities.

I don’t know about you, but I definitely had a Leonardo DiCaprio poster in my bedroom as a kid and it totally got a kiss goodnight. He was the cutie of my dreams, even though I knew I would never meet him in real and and even if I did, he’d never know who I was. This type of relationship is what psychologists call parasocial interaction.

Forming an emotional bond of sorts with an actor or other celebrity, fueled by absorbing media pertaining to them through the web, television or a tattered copy of our favorite novel, reaffirms our end of the relationship without their being any actual reciprocity from the object of our affections.

It’s not always necessarily a bad thing to develop these intense—if not entirely one-sided—relationships to characters or celebrities, however. For those who are isolated or homebound, due to illness or social struggles, their daily viewing of Ellen may provide a very real, uplifting time in their day. When they are well again and resume their typical social activities, they may have an increased fondness and appreciation for Ellen Degeneres, saying that her funny and heartwarming television program, helped them through a difficult, lonely and frustrating time in their lives.

While this phenomenon has existed practically as long as humans have walked the earth (have we not all experienced unrequited love with a crush?) the advent of technology has allowed us to, in some cases, actually interact with celebrities, through Twitter or a blog, and sometimes even see them in real-life at conventions, where we are able to express our gratitude and admiration (that is, if we’re not too starstruck).

Our fascination with celebrity culture goes back to the worship of Gods in Athens, where the term “celebrity” was coined, taken from the Latin for “celeber”; meaning “frequented” or “populous.” Since the actions of the Gods impacted human life, it was only natural for the citizens of Ancient Greece to endeavor to find out as much about these almighty Gods as possible, so that they might appease them. This lead to the creation of myths — which, arguably, could be our earliest efforts at creating fanfiction.

Meanwhile, down on earth people naturally lauded those individuals who were successful and compelling — Olympic athletes in Ancient Greece certainly held people in rapt attention. During the Renaissance, prolific artists and creative minds became widely known for their work and as printing presses were developed, the ability for that work to travel far and wide only bolstered their already elevated standing. By the turn of the century, with the advent of radio programmes and motion pictures, celebrity took on the flavor we know today — all the glitz and glamour of Hollywood.

The common thread in celebrity evolution was this idea of parasocial interaction; one-sided but intense relationships that people have with these megastars. It’s probably not surprisingly that a term for the psychological theory developed in the mid-1950s, around the time that television was becoming the primary source for consuming media. 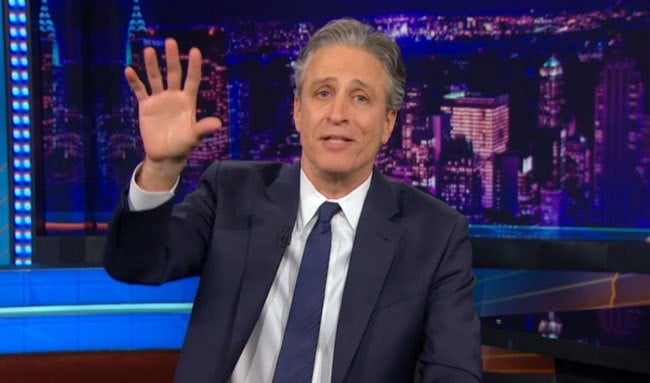 In today’s world, our exposure to celebrities is near-constant because of the limitless capabilities of the internet. We no longer have to wait for a new episode of our favorite show to be broadcast, as we can watch previous episodes on-demand any time of day or night. Our tendency to “binge-watch” our favorite shows gives us an even heightened level of exposure to the celebrities we have these one-sided interactions with. These feelings are intensified when we’re watching something like The Daily Show, where the persona (Jon Stewart) is talking directly to us, looking at the camera — engaging with us as directly as possible from the other side of the screen. We develop a certain intimacy with him as viewers because of how he addresses us and, how frequently we’re “spending time” with his program — daily, in his case. And when those relationships come to an end, (#Jonvoyage) we experience a very real sense of loss.

With online sources of media that either operate on demand (Netflix, Hulu) or in real-time (Twitter and to a large extent Tumblr), we’re able to interact more regularly with all nature of celebrities and characters. We could spend all day with them with nothing more than an internet connection — think about when a new season of Orange Is The New Black goes up and we half-joke about spending 48 hours watching all the episodes. Is it any surprise we feel let down when it’s over? That we come to feel invested in the stories and the characters?

But what happens if they do?

While I was researching FANGIRLS, I became very invested and involved in the Downton Abbey fandom. So much so that when a plot line and an actor’s portrayal of a character’s subtle emotions around a traumatic event resonated deeply with me, I was moved to write to her.

Now, I’m a writer and I know how much I cherish each letter or email that a reader sends to me. When someone takes the time to tell me that something I’ve written has impacted their lives in some way, I am predictably chuffed. Certainly it feeds my human ego, but it also makes me feel connected. The internet has allowed me to forge relationships with these individuals that I never would have been able to keep up with if I was relegated to pen, paper and stamps. Celebrities like Taylor Swift and John Green interact regularly — and, at times, with intense emotional intimacy — with their fans through Tumblr, Twitter and other social media.

When I wrote to this actor, my only intention was to do what I always appreciate readers doing for me — letting me know that I got something right. I put it into context, of course, and threaded in the usual pleasantries — but expected nothing of it. Often, sending fanmail to the agencies representing celebrities does end well enough, one may get an autograph returned if they send a SASE. But that wasn’t really my intention, of course.

This actor is not on social media, so my only choice was good ol’ letter writing. You can imagine my shock when, about a month later, I got a letter in the mail with UK postage — signed Good luck and very best wishes, Phyllis Logan.

Not only had she, yes, sent not one but two autographed photos, but had written me a two-page letter in return wherein she thanked me, yes, but also acknowledged what I’d shared with her with a kindness and regard for my experience that, to be frank, very few people I know in real life have ever done.

I was floored. Emotionally, I didn’t know what to think about it. It felt strange to be acknowledged, and known to some small extent, by someone whose work I had come to admire and enjoy — and respect. It completely changed my perspective on fandom and, ultimately, was part of the impetus for my research into these larger emotional, and often esoteric questions about our relationship to fictional characters and other media personas.

After receiving Ms. Logan’s letter, I worried that I would no longer feel that it was acceptable for me to care quite so much about her. Suddenly she was so tangibly real to me that the parasocial interaction was no longer quite so parasocial after all. For fans, these one-sided relationships we develop with characters or celebrities serve us emotionally and in terms of entertainment; their presence is constant, dependable, enjoyable and we come to know more about them than we might well know about our own family and friends. We could argue that one reason we connect and foster these one-sided relationships is precisely because we don’t really want them to be reciprocated. We’ve put these individuals on a pedestal, admired them, emulated them.

In the same way the Ancient Greeks worshipped their Gods from down here on Earth, our relationship to our idols has always relied on the fact that there’s an atmosphere between us that we can’t expect to ever travel through. The internet, though, might be the shuttle we can ride to the stars. The real question is: do we really want to?

Abby Norman is a journalist based in New England. Her work has appeared on The Huffington Post, Alternet, The Mary Sue, Bustle, All That is Interesting, Hopes & Fears, The Liberty Project and other online and print publications. She is a regular contributor to Human Parts on Medium. Stalk her more efficiently at www.notabbynormal.com or sign up for her weekly newsletter here.