5 Sci-Fi Tunes That Will Make You Beam/Get Down

Bet you never thought you'd read the words "nerdy" and "banger" together in a sentence. 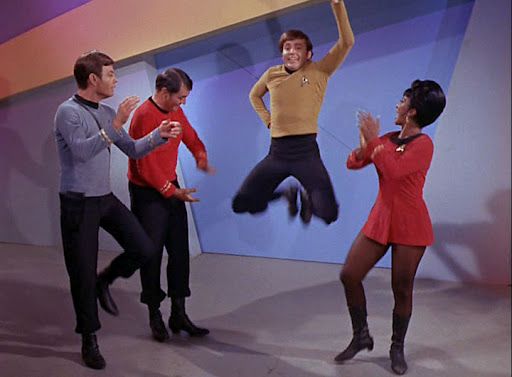 It’s the summer season, which means it’s the season of Khaaaaans! Ahem, I mean cons. And what goes better at a con afterparty than a sweet dance floor? But while there are a lot of fun nerdy sci-fi songs out there, none of them seem to be what could be described as a “banger.”

Or at least that’s what you thought. Because you see, there was a time when every sci-fi theme made you want to get up and boogie-oogie-oogie. A time when cover songs of sci-fi hits were as plentiful as giant bell bottoms and butterfly collars. That time was, you guessed it, the disco era! 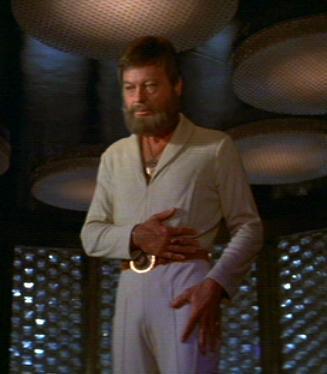 And also the 23rd century? (via Paramount/CBS)

Since I am a huge fan of disco AND sci-fi classics, I wanted to let my fellow nerds in on the greatest, geekiest jams in history. So throw these on and get the party started! Just probably don’t let me on the dance floor; my moves have been described as “serpentine and off-putting.”

Love is the musical superstar you’ve probably never heard of: an incredibly talented arranger and composer who, over the course of his career, earned among other awards, a platinum album and a special trophy for selling in excess of 2½ million records. Here’s his hip-shaking version of Princess Leia’s Theme:

Page is a legend whose arrangements have been featured in songs by everyone from Jefferson Starship to Whitney Houston to The Supremes. The man had RANGE. And if that isn’t cool enough, he also scored “Blackula.” So put on his version of “Close Encounters of the 3rd Kind” and prepare for out-of-this-world grooves.

Can there be any more perfect group to tackle the iconic Star Trek theme than one called “The Universal Robot Band”? Is this the song to take the party to the next level? Damn it, Jim, I’m a doctor, not a DJ. But even I know this song’s amazing.

The Flash Gordon movie itself has not aged well, especially due to its villain, a one-dimensional 1930s racist Asian stereotype. The soundtrack, however (written and performed entirely by Queen at their campy best), remains incredible. Everyone loves Queen, and if you think you don’t, sorry, you’re just wrong.

If you have ever heard a disco song, you have likely heard Moroder’s work. He produced many of classic Donna Summer songs such as “Last Dance” and “I Feel Love.” On an unrelated note, he also created the greatest two of the most iconic movie songs ever, Berlin’s “Take My Breath Away” and “Flashdance… What a Feeling.” These 17 minutes of spacey disco might also take your breath away, so make sure to take a break or two to grab some wall time.

What are some of your favorite tunes? Let us know (and send some links!) in the comments!
Want more stories like this? Become a subscriber and support the site!

Erin Rodgers is a writer, performer, storyteller and sandwich connoisseur. Her work has been featured in She Does the City, Pajiba and Torontoist. You can read more of her writing at https://erinrodgers.contently.com/. Her Twitter is @mediumknight. She is perhaps overly fond of puppets.