Presumably, there is an age at which Schwarzenegger will be deemed unfit to play a killer robot. That age, though, is not 65. 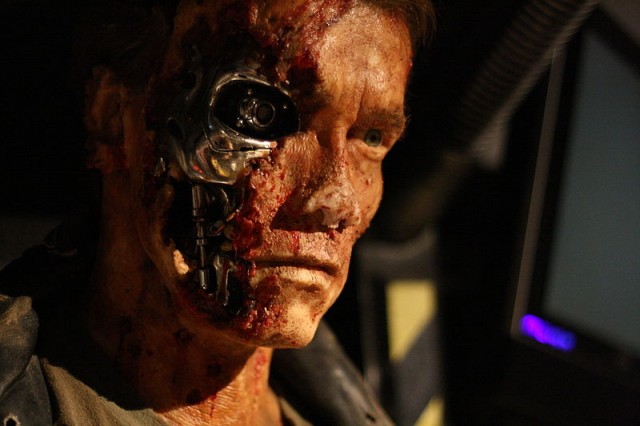 It just wouldn’t be a Terminator movie without Arnold Schwarzenegger, would it? Well, we may never learn the answer to that question, as the now 65-year-old former governor of California is officially set to reprise his role as lovable killing machine T-800 in the next installment of the Terminator franchise. Presumably, this is all part of a standing bet between Schwarzenegger and Bruce Willis to see who can continue playing a 1980s action movie that reason states they should have aged out of  role athe longest. Unfortunately, that in turn means we can all expect to be subjected to Die Hard 6. Because otherwise, the machines win. 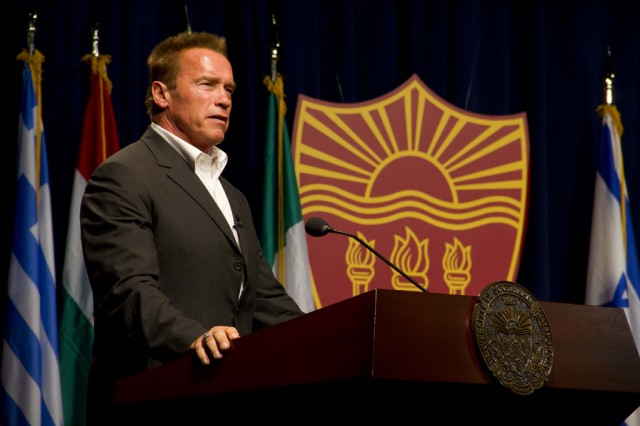 Seriously, though, I hope I look this badass in forty-something years.

There are also rumors that the newest Terminator movie will be a prequel, set in the time of Sarah Connor’s parents. And Schwarzenegger will be reprising his role as a T-800. While these rumors (and the potential terminator-versus-Nazi-battles they could imply) have not been confirmed, it’s hard to imagine Schwarzenegger in the same role he first played nearly thirty years ago. Just think of the poor writer who has to explain why Skynet would want a killer robot who qualifies for senior citizen discounts while contending with the aftermath of Terminator Salvation.

And who knows — maybe in the two years until T5 hits theaters, in addition to Schwarzenegger and the Connors kicking Hitler’s ass, the writers reboot the franchise in a new and exciting way. Maybe they’ll even give someone else a chance to play everyone’s favorite time-travelling murder-bot for a change. Sure, it’s not likely, but there’s always hope

(via Geek, the Examiner, image via Wikipedia, Neon Tommy)