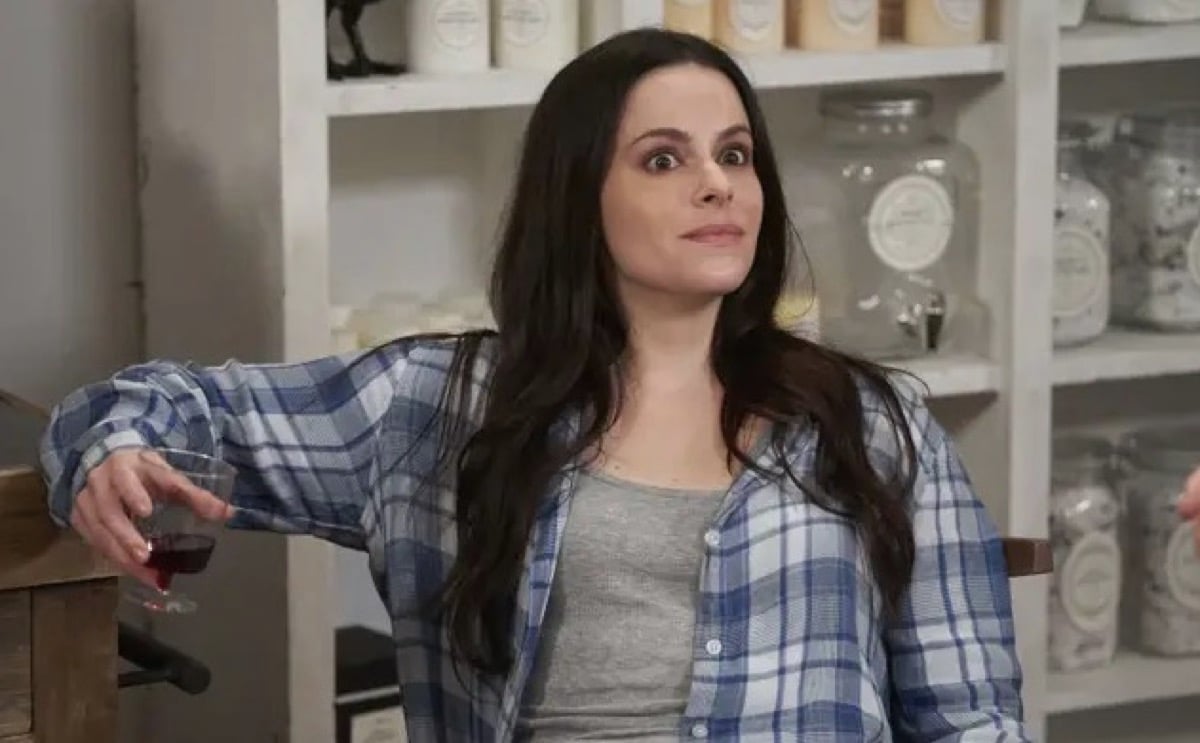 Although the Rose family is at the forefront of the series, there is one character that stands out in CBC breakout comedy Schitt’s Creek, and it’s not Roland Schitt; it’s the Rosebud Motel’s Stevie Budd. Portrayed by the incredible Emily Hampshire (who you may know from Syfy’s 12 Monkeys), Stevie is introduced to the audience in the very first episode. She’s a straightforward young woman, clever and funny. Her usual apparel is fittingly simple—a flannel shirt, washed jeans, and sneakers. Stevie is salty, very sarcastic, almost antisocial, if you will. She’s also one of the best-written women on television.

I think everyone has heard about Schitt’s Creek by now, and if not, they should have. This Canadian television series, created by father-son duo Dan and Eugene Levy, has become one of the most successful comedy series of the past few years. I’ve previously written about the series’s witty dialogue and well-crafted characters, and I can proudly proclaim that I’ve convinced several people to become enthusiastic fans of the show—with ease.

If you’ve somehow missed it, I’m truly sorry, but allow me to catch you up: The series follows the story of the wealthy Rose family. Patriarch Johnny (Eugene Levy), former soap opera star Moira (Catherine O’Hara), and their children, Alexis (Annie Murphy) and David (Dan Levy), lose everything and are forced to live in a small town called Schitt’s Creek—a town Johnny had originally bought for David as a joke.

While experiencing existence like an ordinary family, barely making ends meet, the Roses end up living out of two motel rooms. The smart, often savage banter between Alexis and David, and Moira’s comically elevated way of speaking always make me laugh uncontrollably. Schitt’s Creek is not stupid-funny, though. It’s not something to watch if you want to turn your brain off. The Levys make you focus your attention on what’s really going on with the Roses and their character development. You want to fully experience the next crazy thing David does and catch every phrase of Moira—I mean, what’s going to come next after disgruntled pelican?

With the Roses’ arrival in town, they becomes an epicenter of mockery and jokes for the motel’s receptionist. When asked by Johnny about the possibility of staying in the motel’s suite, Stevie solemnly looks at him and says, “No, this is a motel, so we cater more to off truckers and drunk teenagers.” Her dry humor is often missed by Johnny and Moira. David, on the other hand, is more receptive. Maybe that’s why Stevie bonds with him the most out of the whole family.

Stevie’s character is essential to the fans because she’s very relatable. She’s like a girl next door, living in a small town and dreaming of new possibilities. She and the Roses are the polar opposites. The family comes from wealth. Stevie, on the other hand, admits that her car is worth less than David’s pants. While we invest our time in the lives of Alexis and David, and we want to see them grow, Stevie is the one that we silently cheer on the most. 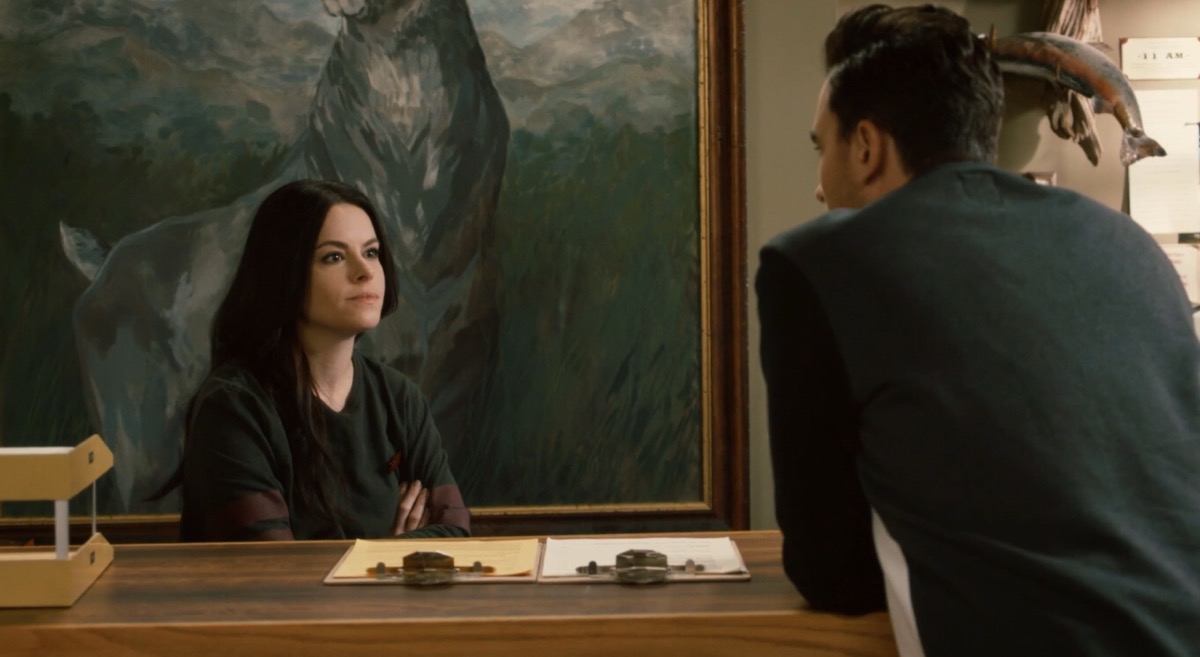 In the span of the first three seasons, Hampshire’s character goes from being a motel receptionist to the owner of the said motel after her aunt leaves it to her. Terrified, Stevie doesn’t know what to do with her unexpected legacy. This point in Schitt’s Creek is the first in Stevie’s life where she contemplates her future opportunities.

When the old period in Stevie’s life ends, and the new one begins, Johnny Rose becomes an indispensable constant in her work experience. After he invests in the motel, she and Johnny work on its much-needed expansion and redecoration. After changing the name to the charming Rosebud Motel and thanks to Alexis’ PR help, more people discover the place. As a result, Stevie comes out of her shell more and more. That doesn’t mean she changes, no. She simply evolves and tries to reach her full potential.

Eugene Levy’s character becomes a sort of champion for her. Stevie’s dry humor doesn’t disappear, but her development arises. She quietly looks up to Johnny, being aware of his vast business knowledge. After all, there is a reason for his wealth and the success of the once notably popular Rose Video franchise. Being in the motel business becomes Stevie’s strong side. She wants to learn and grow. That’s why she goes as far as reading Johnny’s book, titled Fast Forward to Success: Business the Johnny Rose Way.

While Stevie is growing—and, with her, her goals—David becomes a close friend. With David, her walls crumble, and the sun shines through. Between best wishes, warmest regards (which becomes signature banter between two characters), there is also an emotional support. They become friends with benefits, then leave that detail behind and evolve into best friends for life.

You don’t really see that often on television. Usually, best friends turn into lovers, not the opposite. Throughout the series, David meets his love Patrick (Noah Reid), and Stevie becomes their biggest champion. In the newest and final season, the character is their maid of honor in their upcoming wedding. 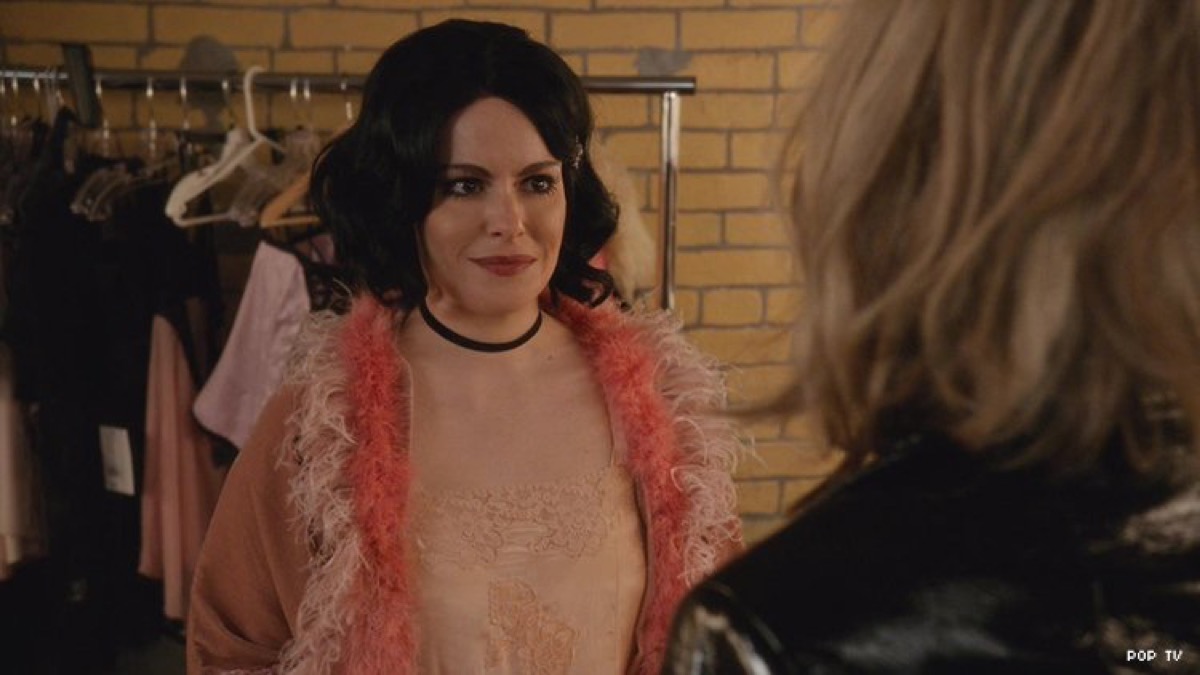 Stevie’s most challenging, yet incredibly invigorating and astounding moment is taking part in Schitt’s Creek’s Cabaret, directed and prepared by Moira and Jocelyn (Jennifer Robertson). In the finale of season five, titled Life Is a Cabaret, Stevie takes on the leading role, Sally Bowles. It also happens to be one of Hampshire’s favorite musicals.

The character throws herself into deep waters and gives her social fear a final showdown. Just before the show, Stevie feels uncertain, and that’s where Moira comes through to prove her friendship and undying support. When Stevie tells her that she feels like everyone around her is moving forward, yet she stands still, Moira is there for her. It’s the most profound moment between two characters, which solidifies their relationship and brings them closer together.

What the hell is your secret, Stevie? You just stand your solid ground, refusing to be anything but you. Never thought I’d say this about anyone in this town, but you, you’re very, very cool. And whether you set sail, or stay put, that’s not going to change. Now, why don’t we take our Sally by the hand, and we go out there and show those people everything she can be.

Thanks to her pep talk, Stevie comes out to the stage. With Moira cheering her behind the curtain, she delivers a first-class performance. In Stevie’s most life-altering moment, she performs Maybe This Time as she owns it. She’s the perfect Sally.

Stevie’s singing gives the impression that the character is changing in front of our very eyes. Like a phoenix from the ashes, she sings from the top of her lungs and finishes the show with tears and laughter. The audience gives her a standing ovation. I teared up when watching this finale and experiencing this incredible evolution of one of my favorite characters. One simple scene with such a well-crafted role gave me something to think about. Stevie gave me more courage. 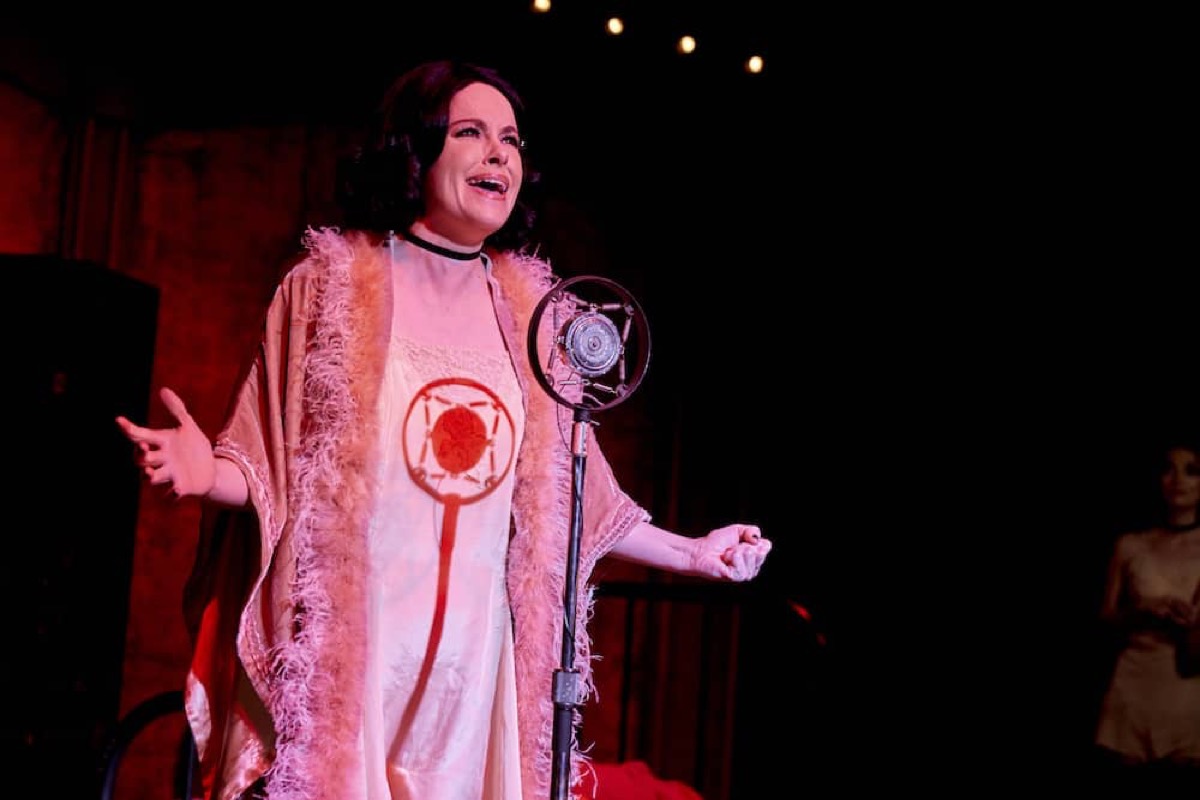 In the sixth (last) season of the series, Stevie finally decides to explore her options. Fate guides her to the lousy airline company, but that doesn’t work out (and bless the universe for that). In the end, Stevie knows that her place is by Johnny, working and developing their motel ideas. It’s something she’s incredibly good at.

After bringing Roland onboard, the trio buys another motel. Their plan is to start purchasing roadside motels and redecorating them to bring people back. In one of the latest episodes, The Pitch, they’re heading to New York for their pitch meeting. Not everything goes as planned, of course. After all, it’s Roland in New York we’re talking about. Fortunately, the opportunity presents itself in the least expected moment, and they find someone who loves their motel revitalizing idea.

Is that Stevie’s last stop? There are only two final episodes ahead of us. Stevie went a long way to be where she is. From a simple receptionist, she became a motel owner, then battled her fear performing in the Cabaret. In the end, Stevie Budd can proudly proclaim herself a strong, independent businesswoman. Throughout the six years, Stevie evolved but didn’t change. Her dry humor and witty personality are still blooming. She also didn’t need a romantic partner by her side to validate her. She did it all with the support of true friendship. 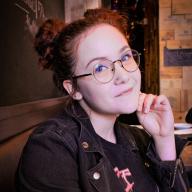 Zofia (she/her) lives in LA and is passionate about pop culture, television, and Stevie Nicks. She graduated from the University of Wroclaw, Poland with a bachelor’s degree in Journalism and Social Communication/Creative Writing. Her work revolves around women in television and film. She has written for First Showing, Screen Queens, Film Inquiry and more. She loves the Scream films, Carol, and Birds of Prey. She wants Sarah Paulson to be her gal pal and go for drinks with her. Her Twitter: @thefilmnerdette. More of her work can be found here.