But how would Moira pronounce "Chag Sameach"? 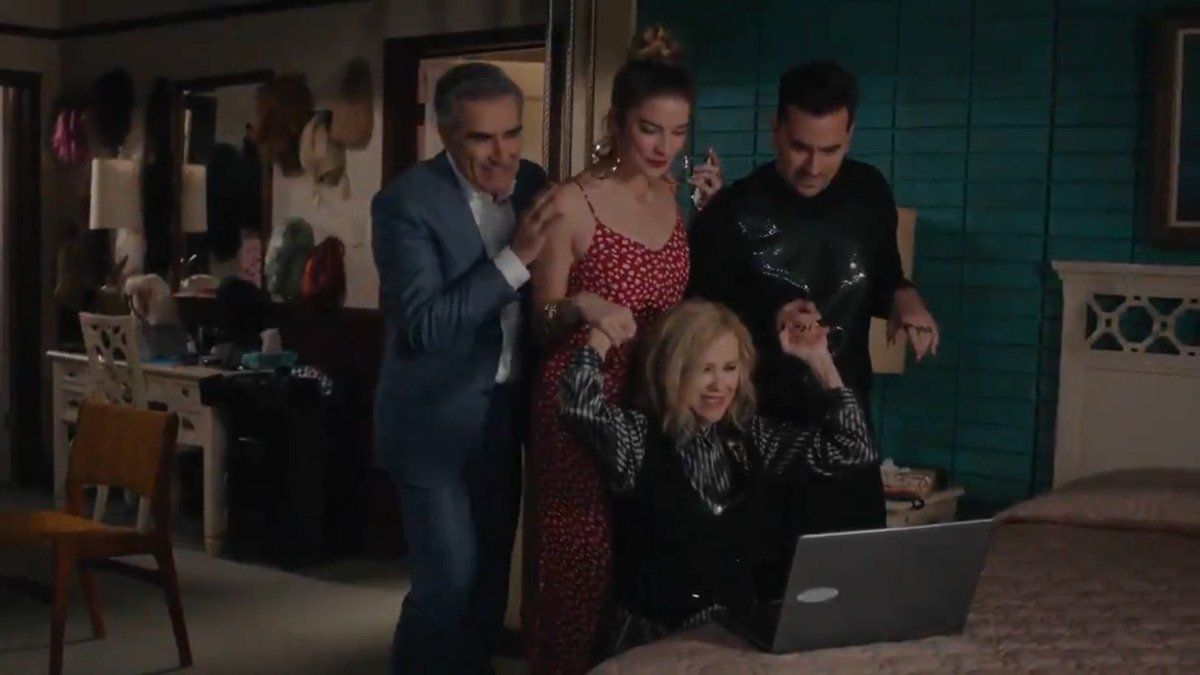 As the COVID-19 quarantine continues with no end in sight, we find ourselves home-bound during some of our favorite family holidays. Families all across the globe will be facing a very different Easter, Passover, and Ramadan than they’ve experienced before. As a secular Jew, Passover is one of the few religious traditions that I celebrate, and naturally, I’m disappointed that I won’t be spending it with my family. (Although I’m here for all your Zoom Seders!)

In case you’ve grown up sans Jews, here’s the short version: Passover is a major Jewish holiday wherein we remember that time God helped the Israelites escape from slavery in ancient Egypt by inflicting ten plagues upon the Egyptians before the Pharaoh would release the Israelite slaves. (Christians may remember this as the Book of Exodus.)

We celebrate this time, in part, with a ritual feast called a Seder, where we retell the story of the Exodus and eat different symbolic foods to commemorate the journey. Like most Jewish holidays, it follows a simple narrative: They tried to kill us, we survived, let’s eat!

Speaking of Jewish culture, tonight we’re gathered separately to say goodbye to one of our favorite television shows, Schitt’s Creek. Created by the indomitable Jewish father-son duo Eugene and Dan Levy, Schitt’s Creek is wrapping up its sixth and final season tonight. But what can the Rose family’s journey tell us about Passover?

Writer Rachel Klein shared a fabulous Twitter thread about Passover and the Roses, which you can check out below:

In Hebrew the word for “Egypt” is “Mitzrayim,” which means “narrow place” or “constriction.” At the start of our yearly seder, my husband always says that Passover is about breaking free from what constricts us, not just physically, but metaphysically, emotionally, spiritually. pic.twitter.com/OA2PzU3Pwa

The Roses thought they had it all, and were devastated when they lost it. They had to move into two rooms in a motel, give up most of their possessions (except for all of Moira’s wigs; one must be REASONABLE.) They were trapped suddenly in a small town. They felt…constricted. pic.twitter.com/v6fuCu6dQ0

It was THROUGH paring down to the basics—albeit against their will—that they found their own capacity to expand their world. pic.twitter.com/ZqOnDNjvi9

There is something about a crisis that brings us closer together, and that emphasizes the importance of our families—the ones we’re born with and the ones we’ve found.

Neither is this virus a biblical allegory. But in that stories help guide our understanding of own own lives, on Passover, whatever our circumstance, we CAN try, like the Roses, to seek out ways to expand & enrich our world at a time when things feel so deeply constricted & dark. pic.twitter.com/PCR9Ce8HMs

We might be stuck in our homes or constricted by our collective circumstances, but the human spirit is a thing with wings, and it seeks, always, to fly. pic.twitter.com/yEXaFgN2PG

I won’t be spending Passover under the same roof as my family, but we’ll be together in spirit and on conference call. And while I am sad to say goodbye to the Roses and the residents of Schitt’s Creek, I’m happy that their journey has come full circle.

Here’s to hoping we come out of this crisis safe and sane. I love that journey for us.