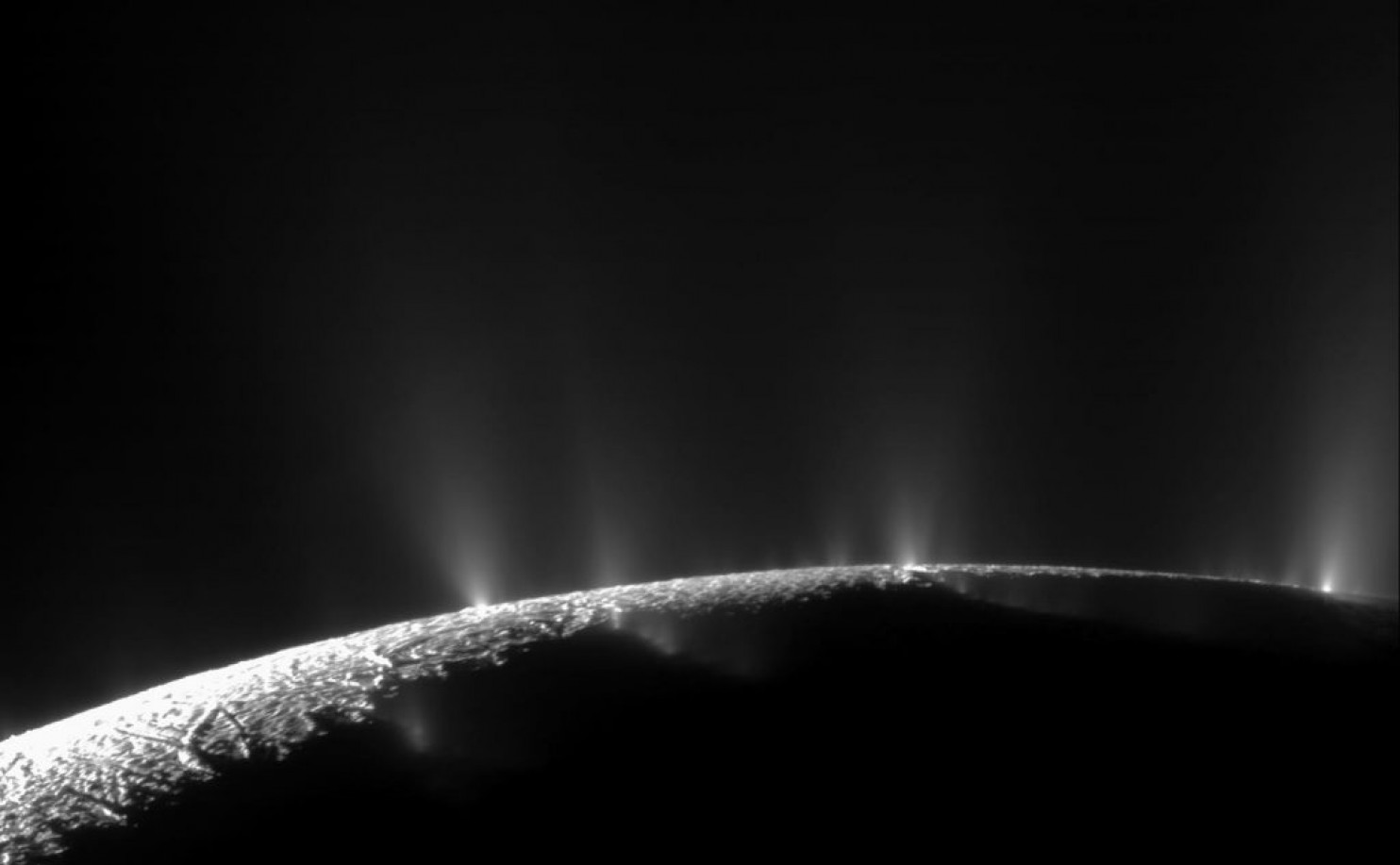 On Earth, where we find water, we find life, so that’s where we like to look for life in space, too. That’s not just limited to planets, though, and a few moons in our own solar system seem to be hiding sub-surface oceans that could harbor alien life. One of those is Saturn’s moon Enceladus, which NASA announced today is giving off a chemical that’s a potential sign of habitability deep within the planet’s ocean.

That chemical, detected by the Cassini spacecraft, is molecular hydrogen (H2), which is produced by hydrothermal vents in the Earth’s sea floor that are harbors for microbial life. Enceladus (and likely Jovian moon Europa) has been shooting plumes of material out into space that indicated its ocean’s existence, but the discovery of H2 within them is a telltale sign of hydrothermal vent activity because of the unlikelihood it would find its way there through other means, as the paper on the data (in Science) explains. It’s an important sign that, beneath the surface, there’s activity going on that would make that ocean even more likely to support life.

That life may very well be limited to microbes, which have an easier time thriving somewhere like Enceladus, which is icy on the outside and heated on the interior primarily by Saturn’s gravitational forces. As we still haven’t ever found life anywhere but on Earth, though, finding anything living at all in another location, even if it’s not full-blown space whales, would be a huge discovery.

It would also be a wonderful swan song for Cassini, which is soon to go out in a blaze of glory. We’d like to thank it for this little gift after its long life of excellent science and beautiful pictures of Saturn—and space whales, if you’re out there, we will find you.