NASA Dawn Mission May Have Mysterious New Target, Cassini Prepares to Go out in Blaze of Glory 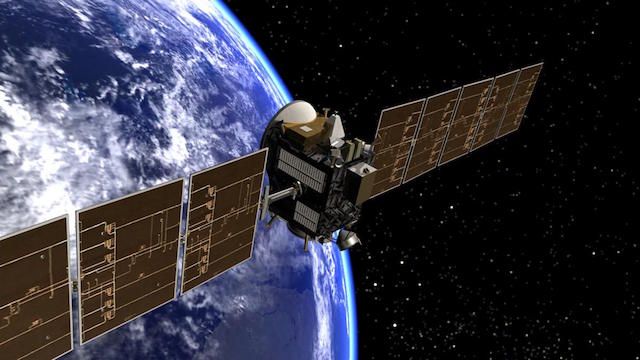 The life of a space robot is a dangerous one that either ends in being stranded or destroyed, and two NASA space missions will soon enter their last phase of life. However, as Cassini readies itself for the inevitable plunge into Saturn’s atmosphere that will rip it apart, Dawn may still get the opportunity to live on and do a bit more exploring.

Either way, Dawn and Cassini won’t share the same fate due to the simple mechanics of exploring space without tampering with it. While Cassini will crash into Saturn and burn up in order to avoid possibly contaminating the environments of the planet’s potentially habitable moons, Dawn will live on as it drifts harmlessly through space without getting its icky cooties all over everything. But, it turns out that the craft’s long-lasting ion thrusters have enough propellant left to investigate a third object now that it’s already gotten up close and personal with Vesta and Ceres as originally planned. Dawn’s mission around Ceres will wrap up during the summer, and it doesn’t have a lot of fuel left, so it’s not going far, but plans are currently in the works for a currently unnamed destination.

Dawn mission lead Chris Russell has one in mind, though, but he wants to keep it under wraps until the plan is approved, but he’s hopeful that we’ll know relatively soon, as he told New Scientist, “As long as the mission extension has not been approved by NASA, I’m not going to tell you which asteroid we plan to visit. I hope a decision won’t take months.” After exploring that destination, Dawn will still have to be parked in a safe orbit and abandoned in space like all our recurring nightmares (What? Just me?), but at least its work isn’t quite done yet.

Cassini, on the other hand—even after all the beautiful images of its picturesque destination planet its sent us over its 10+ years orbiting Saturn—won’t be so lucky. It will, however, send back increasingly amazing data as it swings between Saturn and the planet’s closest rings in a region no spacecraft has ever entered beginning in April 2017. Then, as it dips into the planet’s atmosphere and continues to send data until its final moments—like Matthew McConaughey in Interstellar but without all the metaphysical nonsense—we’ll learn more about the actual planet Saturn than we’ve ever known before. It will be a bittersweet ending to be sure, as the probe’s crash will ensure that Saturn’s potentially non-Earth-life-harboring moons don’t suffer an impact with it, but it will lead to some extremely interesting scientific data when the “grand finale” wraps up on September 15, 2017.

(via Ars Technica, image via NASA/JPL)